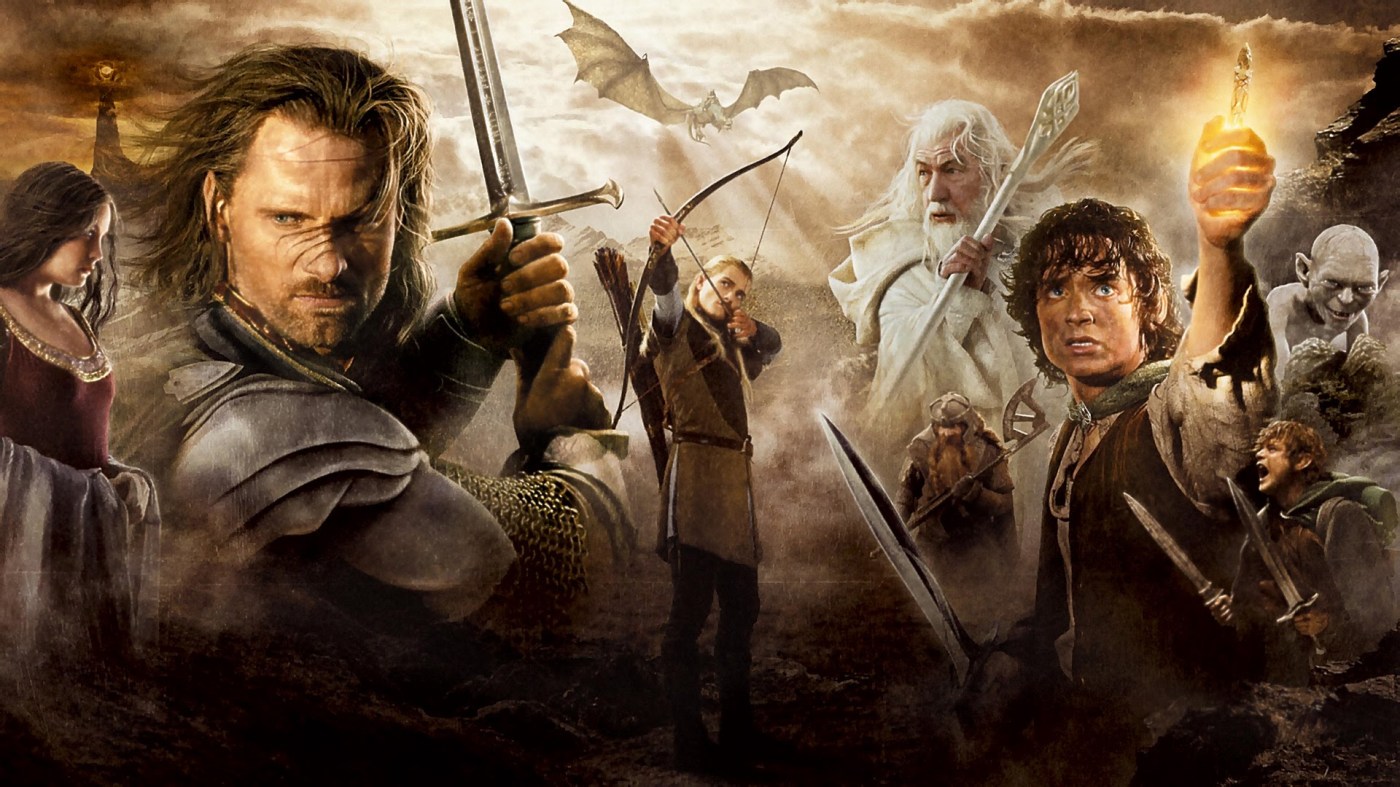 All stories must conclude.  Some just take longer than others.  A lot longer. But more on that later. Sauroman is defeated, Aragorn and the people of Rohan have defended Helms Deep and Frodo, Sam and Gollum are at the door of Mordor.

Te film actually opens by jumping back several hundred years before the story we have been watching where we see hobbits Sméagol and Déagol fishing in a small boat.  After being pulled into the water, Déagol finds… The Ring. Both are gripped by obsession for the ring, resulting in murder.

Aragon and the others make their way to Gondor to unite the armies of men against Mordor and it’s seemingly endless forces.  We see most of our characters reunited.  Sam and Frodo’s relationship is tested by the duplicitous nature of Gollum.

Without question, the visual effects, costume and set design are top notch.  There really is not much to say here that I have not recognized in my previous reviews.  Sure, there are minor slip-ups (hobbits that are clearly height doubles wearing masks of the actors) and a few of the “Legolas being amazing” sequences in battles are surely CGI.

Faramir and the hobbits all get better deals here. Both Merry and Pippin get to be more than comic relief, with downright heroic moments and emotional moments.  There is a scene between Pippin and Gandalf where they say nothing, but share a look of great heart break from across the room, as if Gandalf knows Pippin is about to face some truly unfair tests.

Elijah Wood tells the story of how Jack Nicholson told him he left after the first ending. And this film has, like the book, several endings.  Though, most lamented is the scouring of the Shire, which the extended edition and theatrical cuts never included (the first film paid tribute to it in a vision with Galadriel). Here, the extended cut moves the unceremonious end of Sauroman from the scourging to earlier in the story.

But the frustrating part is that each “ending” feels somewhat necessary. Each gives a certain sense of closure to the tale. For all their flaws, the trilogy comes together and has far more to love than hate.  The strengths of the performances, the overall writing, the effects, the set design, the costumes…brings together one great epic.