Sonic popularity came about at a time when I had no access to video games. So I watched a lot of the discourse around the film lacking any real skin in the game.  There are two things that stood out.  One was the initial trailer that drew outrage over the look of the Sonic.  This led to the studio rushing back to the drawing board and aggressively redesigning and animating an all new Sonic model. Since the movie was released, it seems pretty universal that the altered model is a big improvement.

The second issue seemed to revolve around how relevant this would be for young kids. One example is that on Fandom’s Charting with Dan, Dan Murrell and Lon Harris asked if kids really cared about Sonic. But honestly, at the time, the only reason I expected to see the movie, it was because my nephews liked Sonic and wanted to see the movie.

We are introduced to young Sonic, who lives on a magical island in another universe and is looked after by an Owl.  She warns Sonic that he has special abilities that people will always want to exploit, and so he must always keep himself a secret. She gives him special rings of gold and explains to him that if trouble ever happens, he must escape to another universe using the rings.  When they are attacked, Sonic is forced to leave on his own. He ends up in our world, where he spends the next ten years living in hiding.

He lives his life alone, pretending to have friendships with all the locals, with a special attachment to the local Sheriff, who he has named Donut Lord. Meanwhile, Donut Lo-uh Tom lives with his wife and is trying to chase a life of excitement by joining a larger police force. When Sonic accidentally causes a massive power outage with his powers, the U.S. Government sends out eccentric scientist Doctor Robotnik to find Sonic.

Tom finds himself road tripping with Sonic to San Francisco to locate his lost rings, bonding and trying to escape the grasp of Robotnik.

And you know…the movie is actually a lot of fun. Ben Schwartz voices Sonic with an excited child like quality.  James Marsden is always a solid Every Man (in spite of his leading man good looks). And Jim Carrey is clearly having a blast here.

The CGI works pretty well, and successfully bridges the cartoonish and real.

I am not a huge fan of the whole “You can Never Share Your Secret” narratives, as it often feels kind of an easy setup. But for the most part, once the movie kicks into gear, you kind of forget about it until the end.  Some of the humor falls flat (like the running jokes about Olive Garden).

But I was far more entertained by this film than I expected to be.  Sonic is one of the more fun video game adaptions and makes for nice light entertainment. 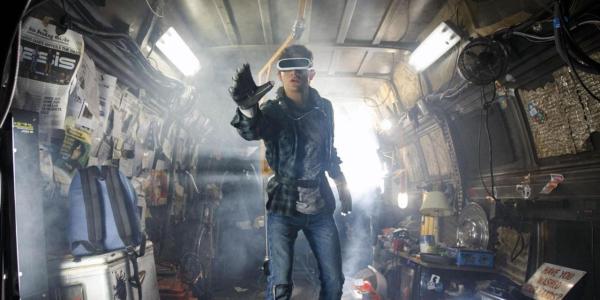 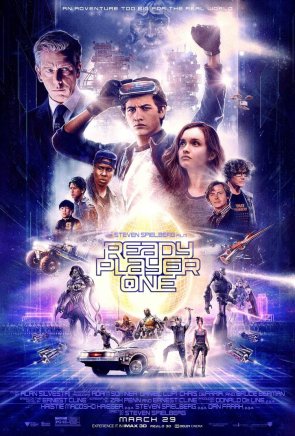 In the future, life is so bleak, everyone hangs out in the virtual reality of the Oasis. There, everything is focused around the 80’s pop culture that it’s creator, Halliday was obsessed with. People have video game avatars inspired by various films and they spend all their time and money in the Oasis. Upon his death, Halliday announced a competition to find an Easter Egg that grants the winner the ownership of Halliday’s fortune and the Oasis itself.

Apparently, it was so hard, only a few people are still trying.  On one side are folks like Wade (in the Oasis he goes by the name Parzival) and his friends Aech, Sho and Daito. The other involves an evil corporation run by Sorrento that wants the Oasis to exploit it. Wade pines for the mysterious and legendary Art3mis.

I am going to be honest here. I tried reading the book Ready Player One by Ernest Cline. I could not finish it. It was absolutely awful. So, filtering it through Steven Spielberg is probably a necessary move. Because the movie is not totally terrible.

It has some really dumb stuff. I mean, Wade is obsessed with Art3mis but has only known her avatar.  In real life she has a birth mark on her face. This is how we know how big of a guy Wade is…he doesn’t care. He still thinks she is beautiful. This is Olivia Cooke, who plays the character: 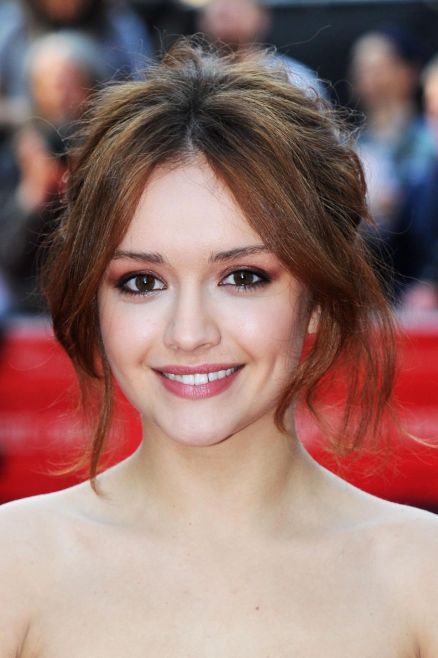 So…yeah…he is a prince. The film is obsessed with filling every shot in the Oasis with pop culture references. We see King Kong, Chucky, Freddy, endless video game characters, Parcival drives the delorean from Back to the Future, Art3mis drives the motorcycle from Akira, we see the van from the A-Team and the Batmobile.  It becomes sensory overload.

The characters are very, very by the book and not terribly interesting.

I mean, the most interesting characters are Aech, Sho and Daito.  And the cast is all pretty good. I mean, you have a supporting cast that includes Mark Rylance, Simon Pegg, Ben Mendelsohn and Lena Waithe.

The visuals are top notch.  I mean, the action scenes are fun to watch for the most part.

So, basically, Ready Player One is okay. Better than it’s source material, but pretty well below some of Spielberg’s strongest popcorn material.