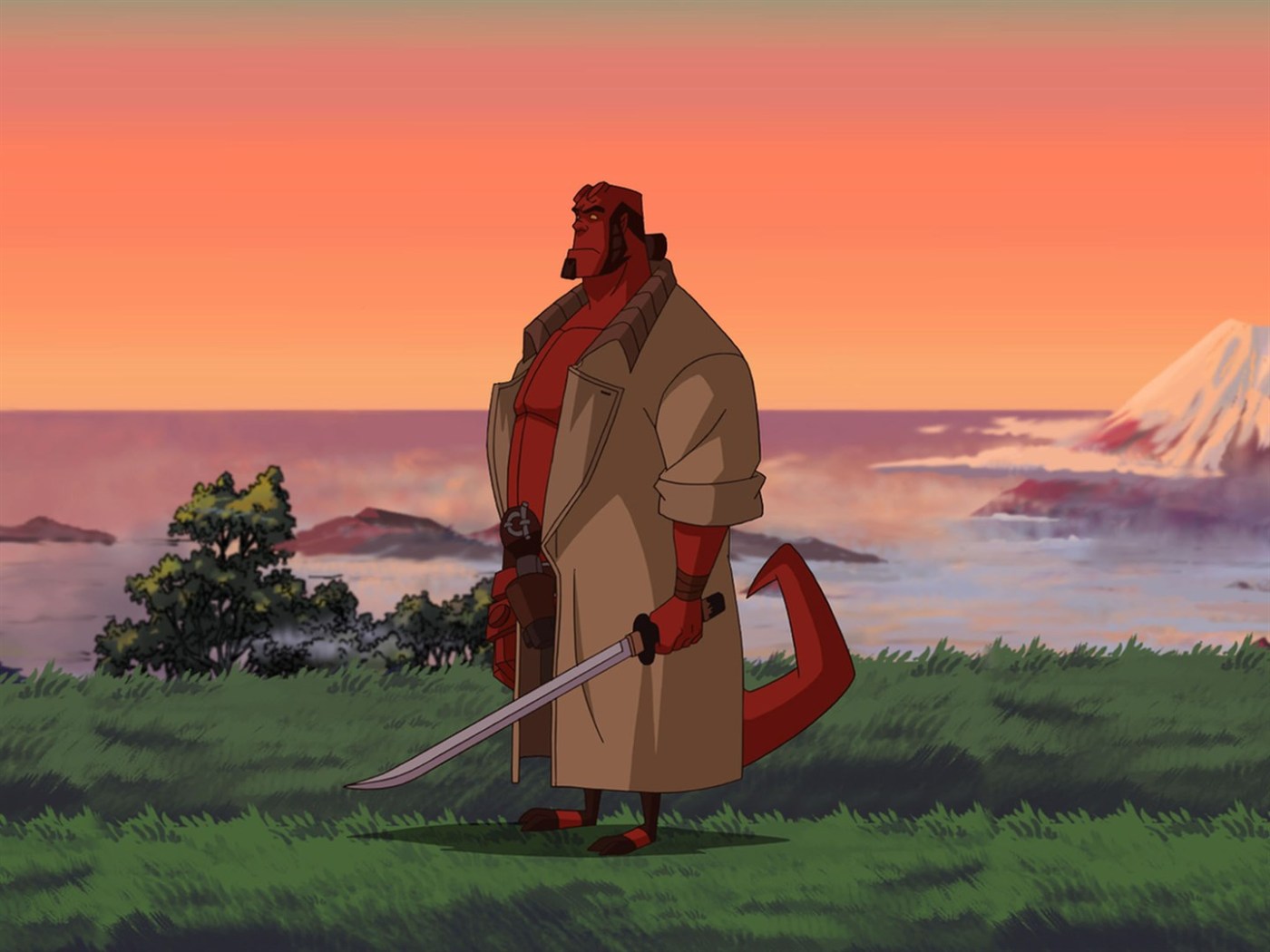 After the theatrical Hellboy saw moderate success, the studio greenlit a series of animated film.  The first was Sword of Storms.

A professor finds an ancient scroll that tells the story of a samurai who defeated two storm demons and traps them in a sword. The professor becomes possessed from reading the scroll and goes missing.

While investigating the the missing professor, the Bureau finds the sword. Upon touching it, Hellboy is transported to another world, a mystical version of Japan.

Basically, the film completely separates Hellboy from the rest of the cast. While this could have worked, nobody else gets much to really do, they are just searching for Hellboy.  However, Hellboy is constantly dealing with fun monsters inspired by Japanese folklore.

The big draw for the film was the live action film’s voice cast appearing.  And we get some of the chemistry, but by separating the cast for much of the movie, it never feels like they get to gel…and granted, part of that may be due to the process of recording for animation, as actors are often not interacting with each other.  I feel this is especially true with Jones’ performance…which feels a lot more aggressive than his vocal performance in the Golden Army.

The character design Sean “Cheeks” Galloway is pretty slick and stylish, with its own distinct look.  It turned out that one of the conditions of the animated films was that the animation style could not look like the art of Mike Mignola, which had been the directors’ original plan. While that might have been cool, Galloway’s angular and cartoony style is quite good.

While not quite as fun as the live action Del Toro films, there is some really fun sequences in this animated take on Hellboy.