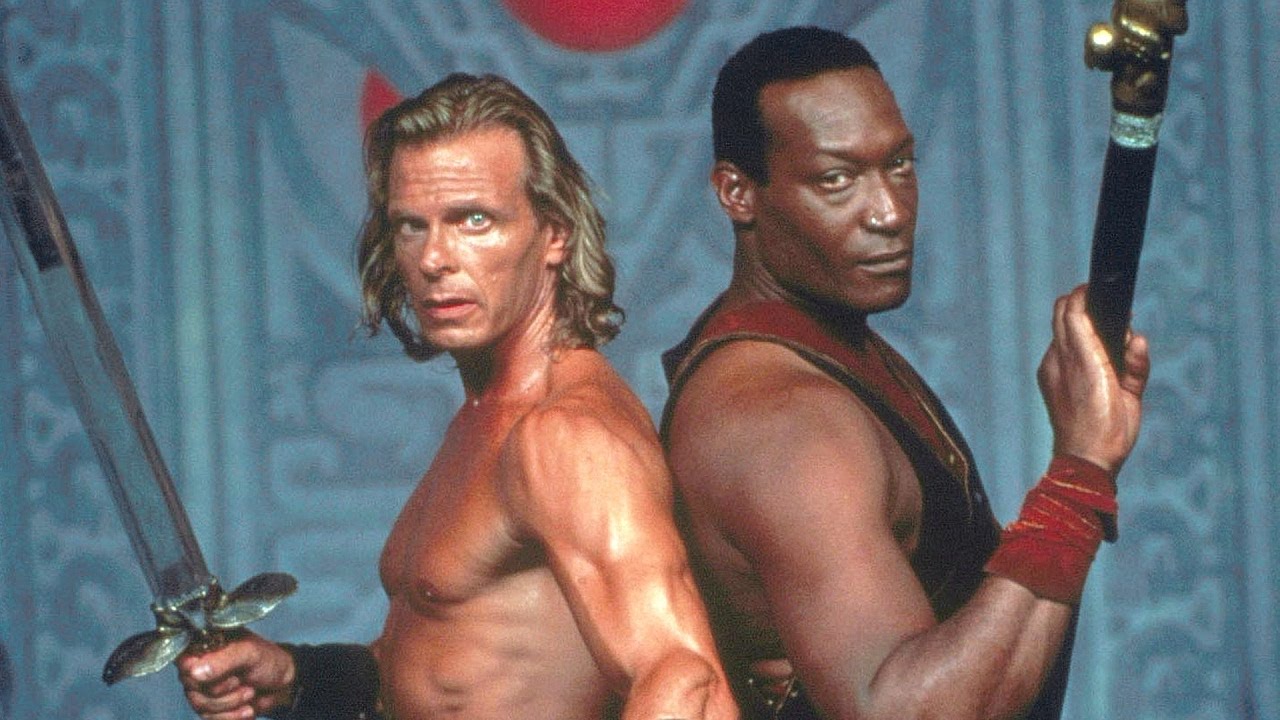 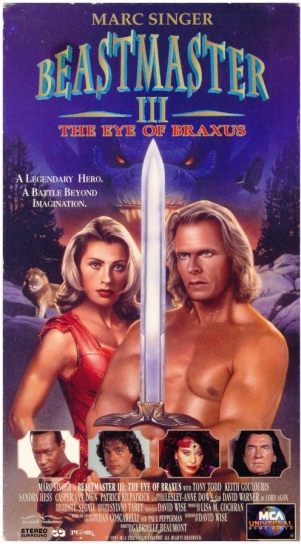 So, this movie picks up with Dar continuing on his casually nomadic life.  The evil Lord Agon is trying to gain the power of the demon Braxus.  He is living off the life force of his community and needs the Eye of Braxus to complete the process and gain power and immortality.

Dar runs into a family seeking King Tal and conveniently for them, Tal is Dar’s brother. He brings the family to see his brother.  Eventually, soldiers for Agon attack.  They kidnap Tal in their attempt to get the Eye of Braxus.

Dar and Tal’s personal guard Seth (who was in the original film) set out to save Tal. Along the way, they team up with the beautiful blonde Shada and the sorceress Morgana.

Beastmaster III was actually part of the Universal Television Network of the mid 1990’s.  But coming a year after Hercules and Xena, this film feels wholly sub-par.

Braxus, the big monster is pretty much Power Ranger levels in appearance.  It looks…well, pretty terrible. It almost looks like it is an extra outfit from the comedy show Dinosaurs.

This is really too bad because the film’s cast includes Tony Todd and David Warner, both terrific character actors.  Overall, this feels like a bad imitation of the Hercules and Xena model and nowhere near campy enough to work.