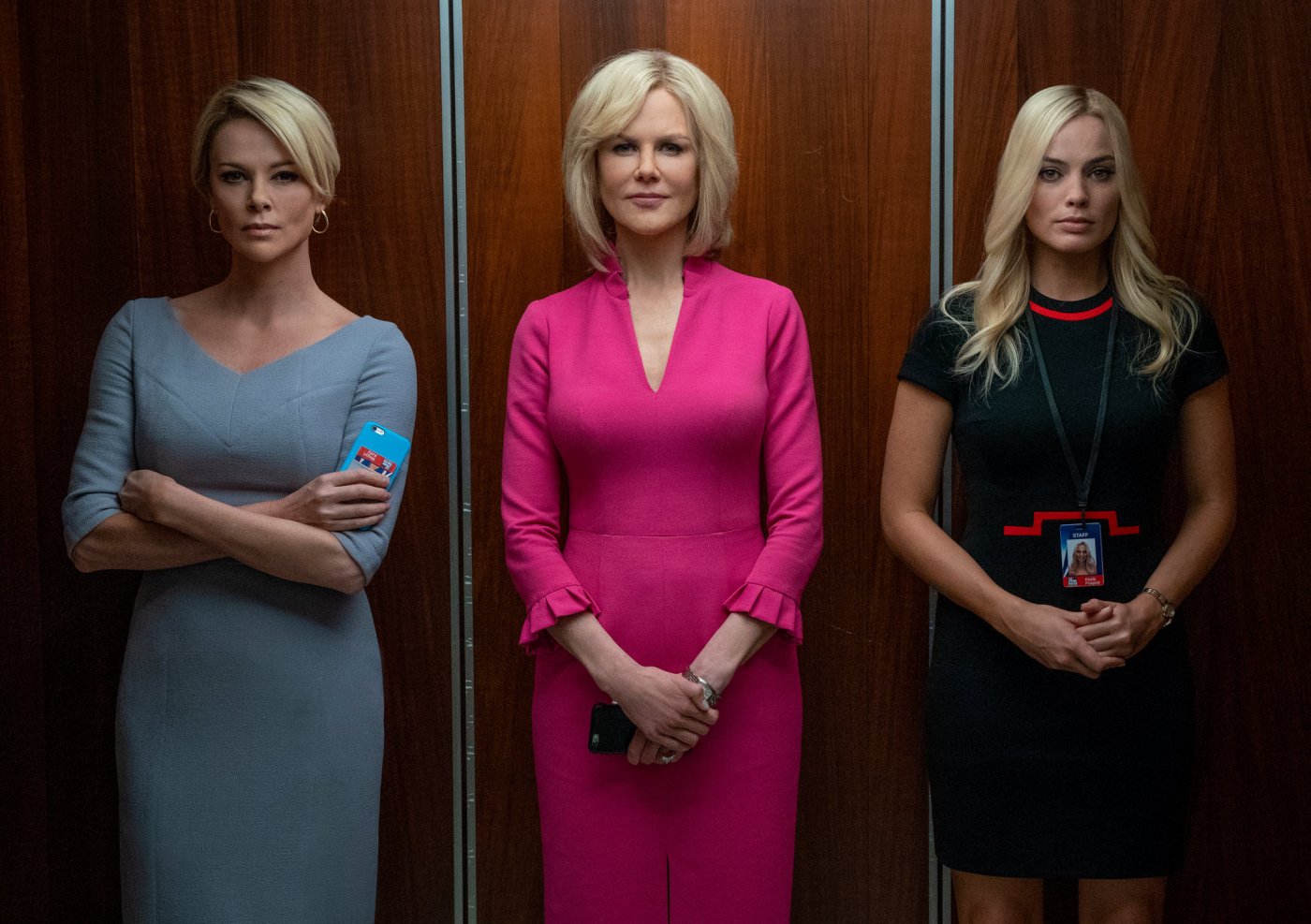 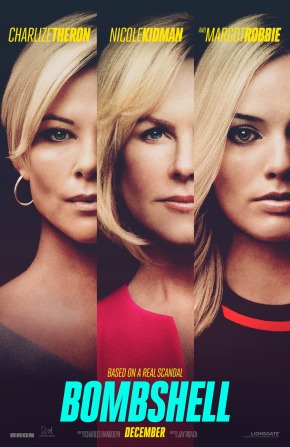 Bombshell is the dramatic recounting of the harassment scandal surrounding Fox News top guy Roger Ailes in 2016. Focusing on a wide eyed new Fox News employee Kayla Pospisil. An ambitious Conservative Christian, she finds her reality challenged as she starts to rise through the ranks, eventually becoming a victim of Ailes.

Robbie’s Popsisil is a composite character invented for the film. Robbie manages to be sympathetic in spite of her aspirations. Theron and Kidman do a good job disappearing into their famous roles, as does Lithgow.

The real MVP of Bombshell is the make-up, which made many actors near unrecognizable.

This being your standard “inspired by a True Story” fare, there is a lot of embellishment (outside of actual Fox News personalities, the central people Kayla interacts with the most are fictional, including Kate McKinnon’s Jess Carr).

The main story is bookended by two very different set pieces.  It opens with Megyn Kelly (Theron) giving us a tour of the Fox News offices. It closes with a Gretchen Carlson (Kidman) speech about sexual harassment in the work place.

Bombshell is largely well made, bolstered by excellent make up and good performances.  But it’s lack of focus on what type of film it is trying to be definitely is a detriment.