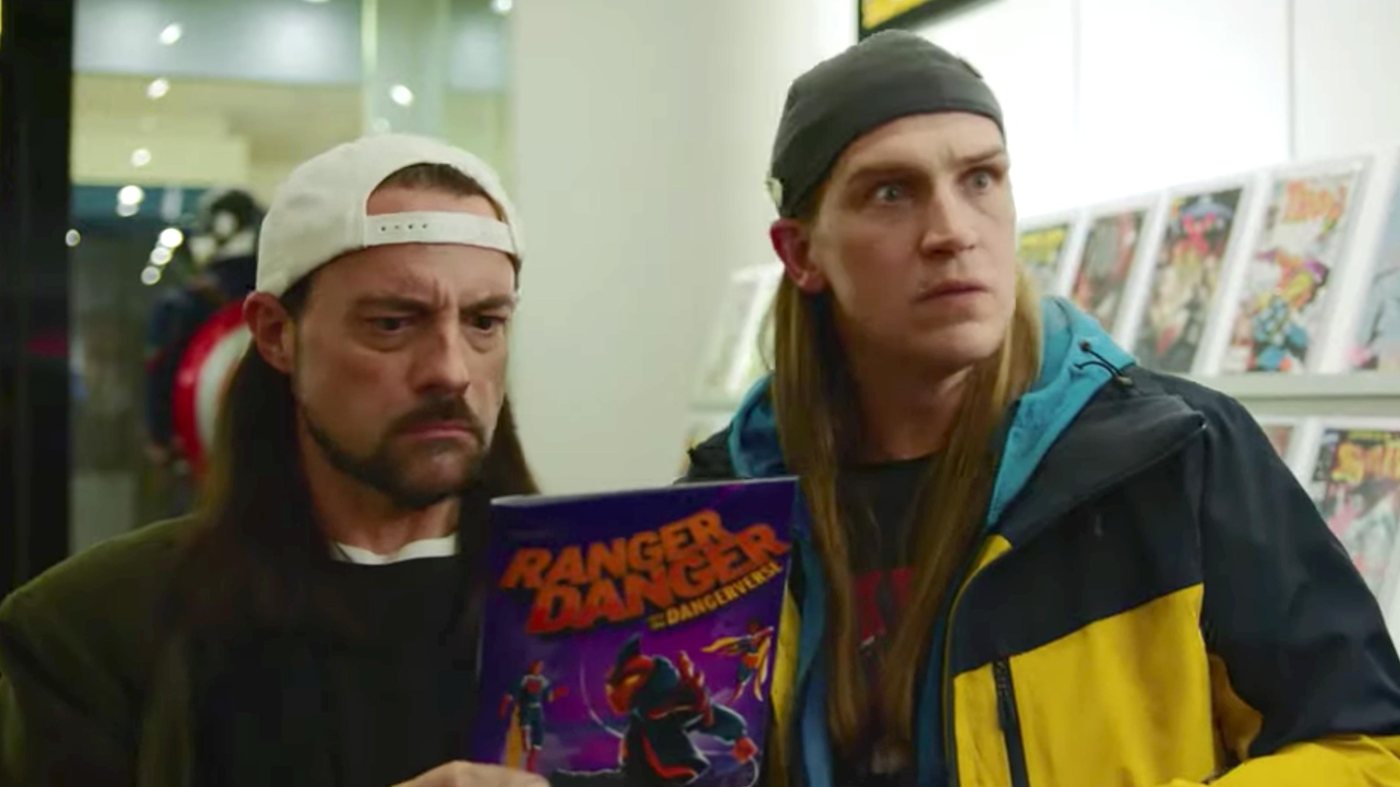 Kevin Smith created a splash with Clerks in the early 90’s.  He had a string of hits, but somewhere around 2001 he started to fall out of favor.  Now, I actually like Smith’s general work and some cringe takes over the years, he comes off as a well meaning guy who wants to entertain through stories. He started doing national tours where he pretty much just chatted and told stories about his career (this has resulted in some rather entertaining DVD sets). His movies have not fared as well among critics and general audiences (though I liked Red State and Tusk).

I like Smith and feel like people are a little too hard on him. Maybe I have missed something unforgivable. But anyways… 2001 was the year that Smith put out Jay and Silent Bob Strike Back.  Unlike previous works, there was no real “message” or exploration of ideas about relationships and the like. The film was just a wacky hijinks filled raunchy comedy.

Jay and Silent Bob find out that Banky sold the film rights to a major studio to create a Bluntman and Chronic (the comic Holden and Banky created in Chasing Amy). Angry that they are not seeing any of the profits, they set out to sabotage the film.

I worked at a video store when it came out on DVD.  Every night when we closed up shop, we threw in that DVD and laughed our asses off as we did our closing duties. Jay and Silent Bob Reboot feels, well, inevitable.

Picking up around seventeen years later, Jay and Silent Bob discover that Bluntman and Chronic is getting rebooted and they are not being compensated.  So they set off to sabotage the film by going to Comic Con.  The hiccup is the discovery that Jay’s beloved from Strike Back- Justice- had a daughter with Jay that she never told him about named Millenium, or Milly. Justice is now married to a woman named Reggie Faulken. Yes, Smith is geeking out hard here.

After meeting, Milly forces Jay and Silent Bob to take her and her friends to Comic Con with them (without knowing who Jay is, as Justice makes him promise to not reveal he is her father). Hijinks ensue.

There are some good laughs, mainly falling into cute references, rather than joke based hilarity.  The cameos are ranging from fun to “because they could get them”…but what really stands out with the film?

Smith wanted to say something here.  Like, his desire to communicate overwhelms the film.  And not in a terrible way, I actually like what he is saying…it feels far more personal than some of his other attempts at sentimentality.  Family seems to have been the spirit here, and I truthfully like that.  Even when we revisit characters like Holden and Alyssa from Chasing Amy, it is to show them both at a better place in their lives and their relationship.  Smith pushes the notions that family is bigger than traditional ideas of a nuclear family. Family is what you make of it, don’t fear parenthood, no matter how scary it may seem.

This is not to say the film is not goofy, it is…and while some humor feels repetitive or just fell flat for me early on, by the end of the film, Smith won me over.