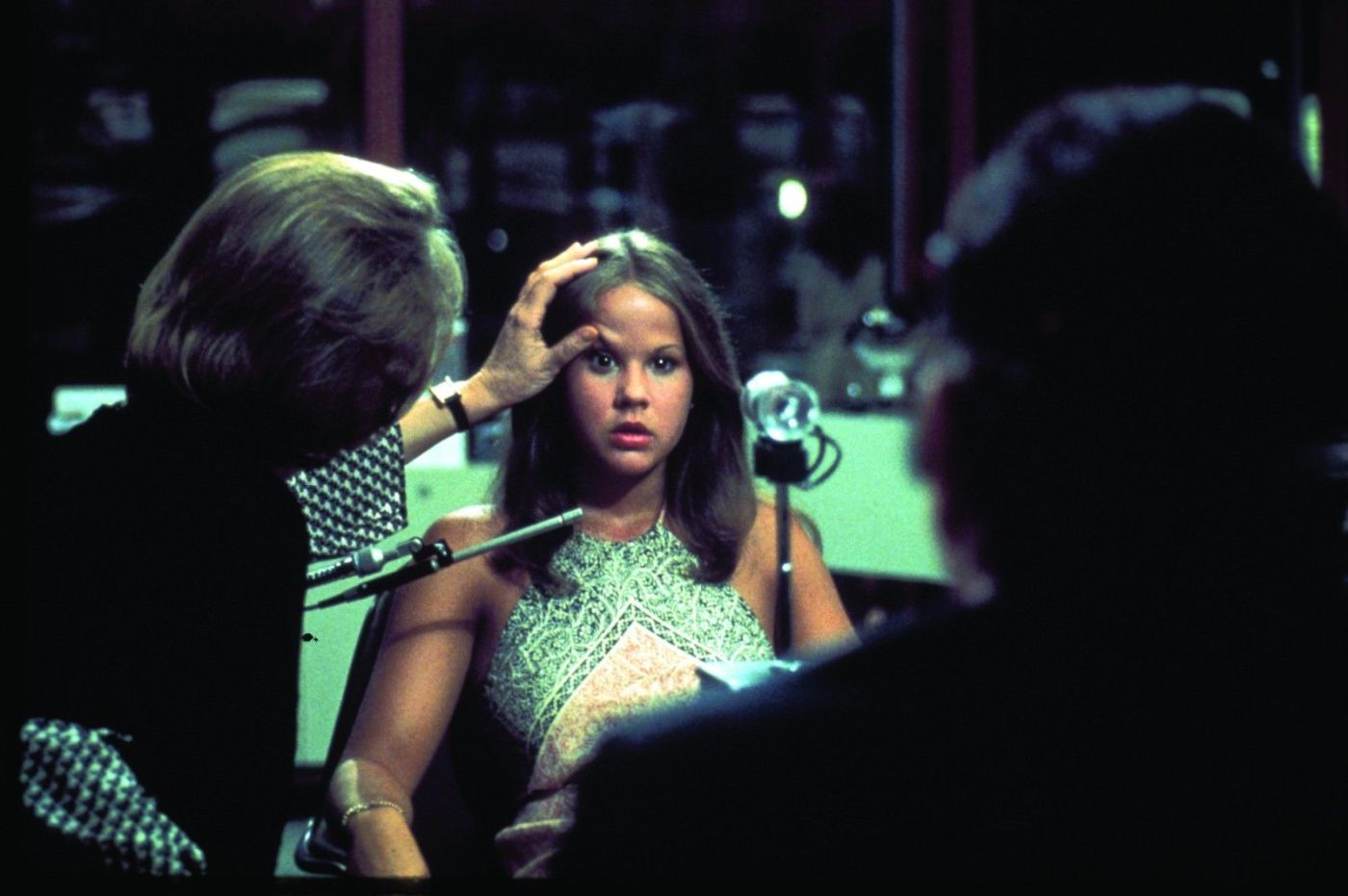 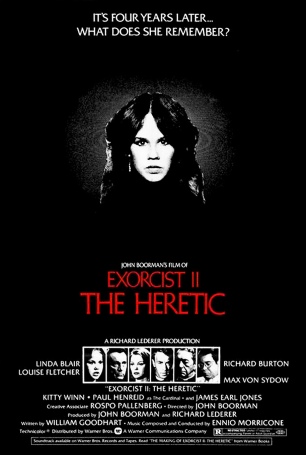 Looking at the basics? The Exorcist II seems like it could be a winner. Returning cast members, an established director and dependable new cast members…

Father Lamont is in Rio. He is struggling with his faith, and attempts to exorcise a demon from a young woman, but he fails and she kills herself. When he returns to the United States, the Diocese assigns him to investigate the death of Father Merrin four years prior.

This brings him into contact with Regan, now eighteen and having pushed the horrors of the first film from her mind.  She is working with the psychiatrist Dr. Tuskin who believes she can help Regan recover those lost memories.

The investigation takes Lamont deeper and deeper into a rabbit hole leading to one of Father Merrin’s early exorcisms.  And then things go crazy. Giant Locusts, exploding houses, duplicate Regans…and the end result is a crazy mess.

This film is just so bizarre and it’s attempts to build off the first film miss a distinct aspect.  Sincerity.

Here, we see Lamont is a man struggling with his faith.  And that is something that horror really can explore well. The first film does that. In part, it features Karras and his doubts, but how they are played out against Merrin’s confidence.  The Exorcist II tries to recapture the spiritual horror of the first film, but instead ends up seeming like a hilarious joke.