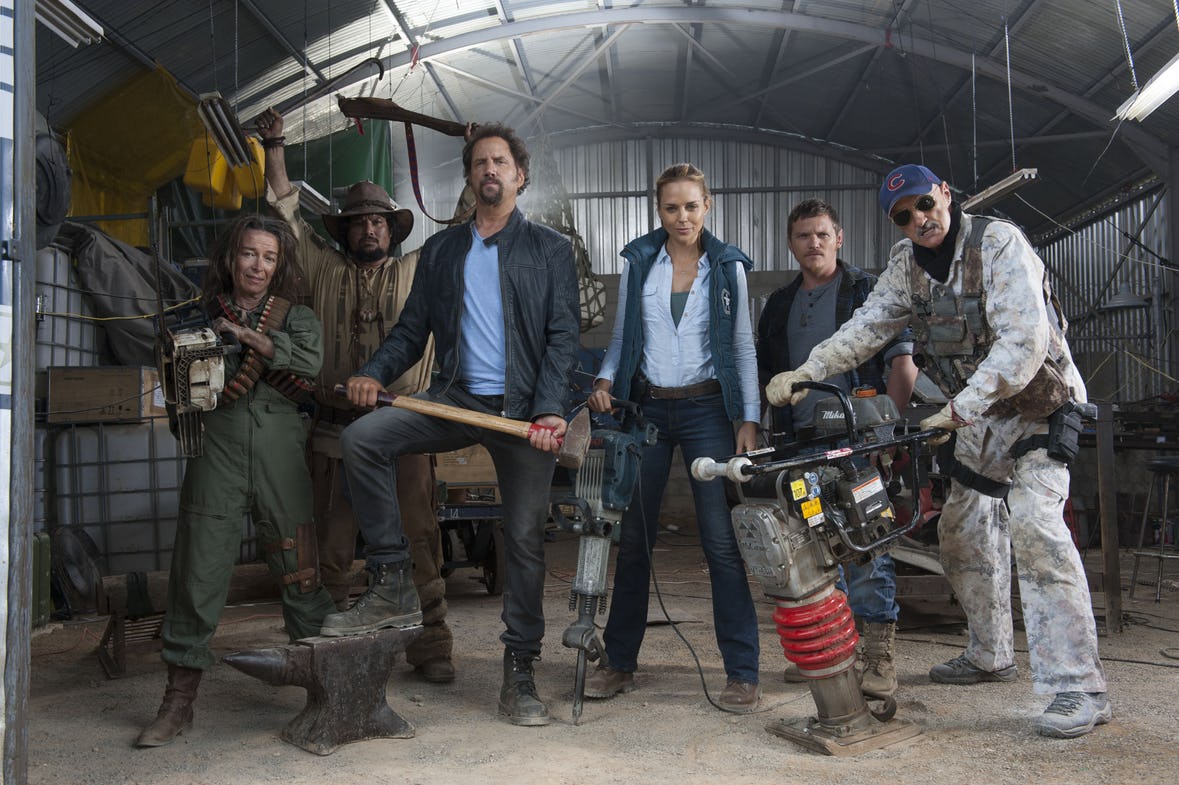 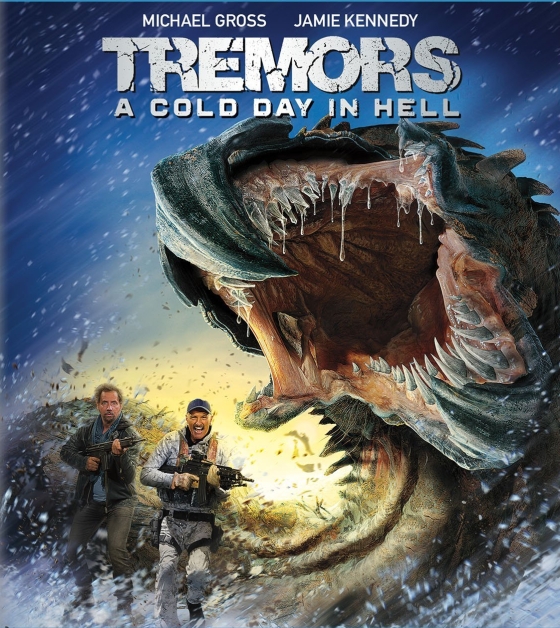 Burt Gummer is back in the desolate town of Perfection. He is having tax problems, so when he is contacted by the daughter of Val and Rhonda (Kevin Bacon and Finn Carter’s characters from the first film) because their remote Alaskan research base is under Graboid attack, he and his Son Travis run off.

It all has everyone perplexed, as there seems to be no explanation for the Graboids to be so far north. Gummer starts to piece it all together when they discover a nearby Area 51 style base. But the Graboids start gobbling people up and the two groups have to team up to try and survive.

I have noted in the past I found it kind of interesting how the films migrated across time to focus on survivalist Burt Gummer as the hero.  The fifth film introduced his previously unknown son Travis and beefed up the graboids in size and appearance.  They also became more agile.

Gross seems to enjoy  the role, though it may simply be that at this point he has the core of the character down.  Kennedy’s Travis can grate on the nerves a bit, but there are several like-able characters, making it easy to avoid just rooting for the graboids to eat everyone.

The move in the fifth film to make more use of digital graboids (though, there are still practical monsters for some scenes) is less jarring than it could be.  For the most part, the digital monster look pretty decent.

As someone who enjoys the Tremors series, I found this to be a passable, even fun sequel.