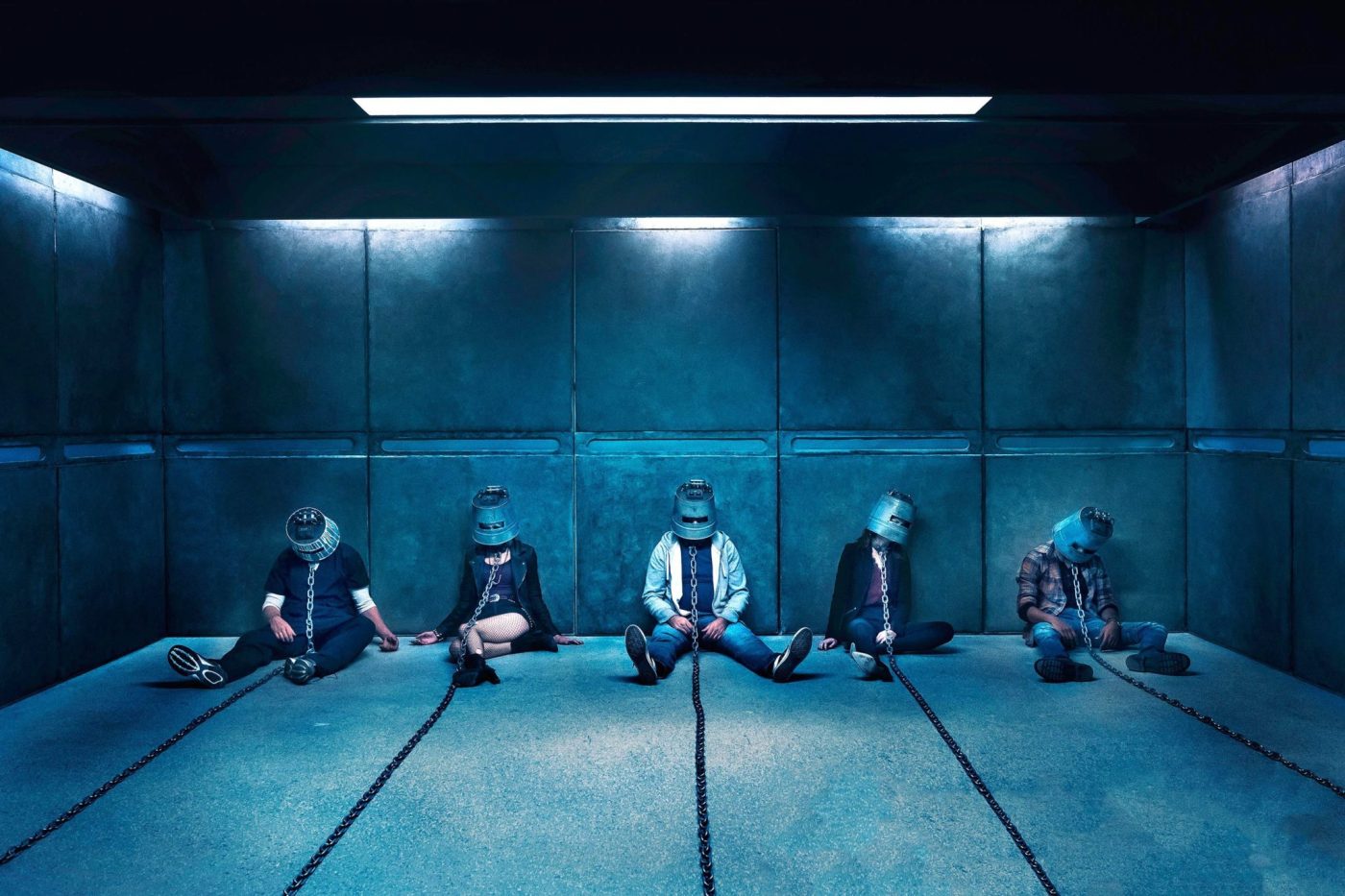 Can I be really honest?  I should have seen the twist in this film coming from a mile away.  Should have.  Didn’t, but having seen all the films?  Should have.  But didn’t.

Anyways, the film starts with a police chase. They are chasing two bit criminal Edgar who demands to see Detective Halloran. He threatens to “Start a Game”, and sets off a switch before being shot.

Meanwhile, five people wake up in a room chained to a wall.  They are told they need to make a sacrifice of blood.  One quick thinker figures it out and lets everyone else know what to do, allowing four to make it through. Everyone is scared, but clearly unsure what to do next.  They try and understand what they are supposed to confess.

As horribly mutilated bodies start to appear in public, coroners Logan and Elizabeth are brought in to try and determine what is happening.  The bodies have jigsaw puzzle pieces cut out of them and in the first bodies, they find a Zip drive.  It looks like the Jigsaw killings are starting back up.  Of course, the evidence seems to point to the real Jigsaw, John Kramer.  But everyone knows this to be impossible, as he died very publicly ten years ago.

Halloran suspects Logan and Elizabeth (Elizabeth, it turns out, is an obsessive fan of Jigsaw).  Elizabeth, Logan and Detective Hunt (Halloran’s partner) all suspect Halloran.

Meanwhile, the rapidly dropping victims are shown to have dark secrets to confess.  And as they reach each new situation, the group is whittled down to two people.  It turns out that one has the darkest secret of all.  Admittedly, the “trick” of the traps in this film is that, they could all survive if they just think about the situation.  This is especially true of the final two survivors confronted by Jigsaw. They literally could both get out alive.

Saw is a franchise that I never quite expected to take off.  And yet, it became a regular Halloween tradition for people.  But here is the thing, the films just get more and more convoluted.  This film tries to narrow it back down.  As the series progressed, a lot of the films, the victims were people who wronged Kramer.  This went against the message he seemed to by trying to impart in the first film.  I have often joked that the original Saw is the Atheist’s Se7en. The torture devices always give you a way to survive. The victims were people who had squandered their lives and were challenged to determine how much they valued their lives.

This got lost as the sequels piled up and we got copycats, apprentices to Kramer and highly elaborate revenge and other subplots.  This is not evening bringing up the increasingly wonky timeline.  Oh, wait, I brought that up.

And the films added in the concept of the Death Cult that dispenses justice, while breaking previously established rules (such as not killing innocent people as punishment to the bad person).  Jigsaw attempts to go back to basics, but really, Jigsaw’s lesson in this film is contradicted by the entire franchise.  The franchise left behind the “message” of the first film, and the eight film has zero chance of salvaging that.

Jigsaw is not the worst film in the franchise, and as I said, I always have liked Tobin Bell in this series.  But when you start breaking it down, the revelations are not particularly revelatory.  And the big reveals feel almost ho-hum.  At least it is only an hour and a half.