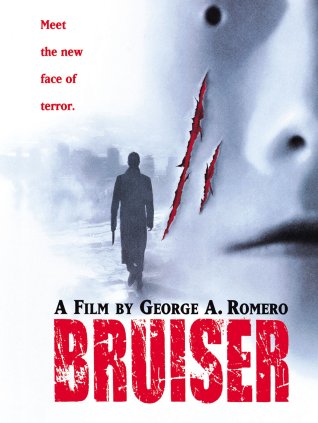 Romero wrote and directed this exploration of identity and what a person is willing to do if they lose any sense of it. Henry Creedlow is a pushover.  His wife is cheating on him, his boss treats him like garbage.  At a work party, his boss’s wife has created blank masks from Henry’s face that people are then to decorate, representing their identity.  Henry leaves his untouched.

What follows is a discovery that the mask no longer comes off…it is his face.  Progressively, Henry becomes aggressive and violent, taking out those who have wronged him.  Only then does he start adding splashes of color to his mask.

As the police close in, Henry plans an elaborate revenge on his boss.  Throughout this, his boss’s wife tries to bring Henry back to reality.

The cast is pretty good, though the standouts are Peter Stormare and Tom Atkins.  Stormare seems to be having a real blast as the over the top sleazebag boss.

The visual motif of the mask is handled quite nicely here.  The changes he makes as he becomes more lost in his killer identity is quite effective.

However, I will say, the final scene of the film is the most “Hollywood horror” ending of Romero’s films.  It feels like it is tacked on.

In the big party finale, the Misfits perform…which seems so weird for this film…but hey, I like the Misfits.