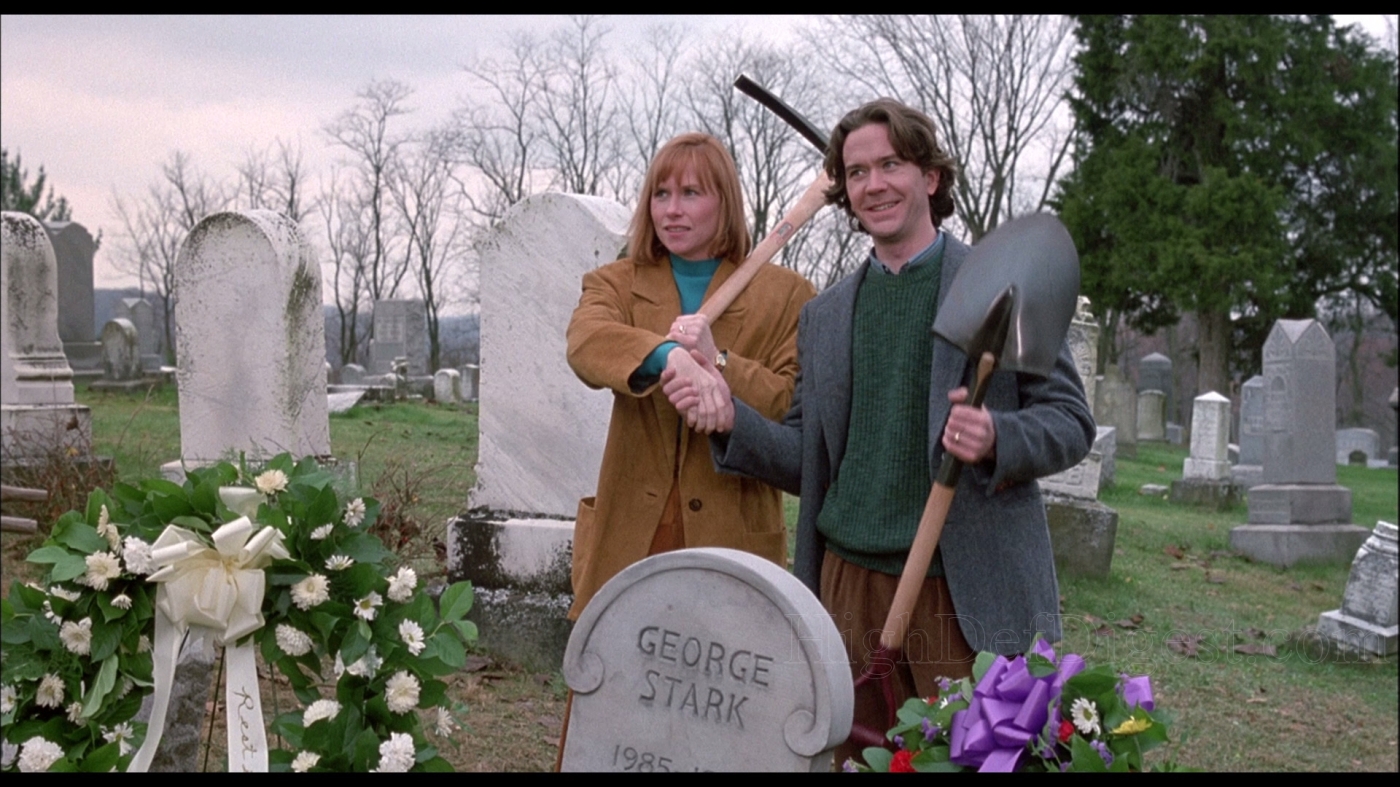 Young Thad Beaumont experienced painful headaches when doctors performed surgery, they found the remains of a twin Thad absorbed in the womb.  Years later, Thad is a teacher and writer.  He is approached by Fred Clawson and asked to sign a book.  Thad claims he is not the author, pointing to the author being George Stark.  but Fred has worked out that Thad and Stark are one in the same.  And he is threatening to expose Beaumont as the writer of the lurid books by Stark.

Thad decides to head him off at the pass and he publically “kills off” Stark.  And then people related to the event start getting murdered, making Beaumont look like the prime suspect.

The film plays around with whether Thad is losing his mind or if Stark has somehow found a way into our world.  There is the motif of birds within the story.  Thad hears birds in his head, but birds also seem to amass when Stark is around.

Romero does a pretty decent job with this adaption of a Stephen King novel, but it is not really a memorable film either.  But it is passable entertainment for horror fans.