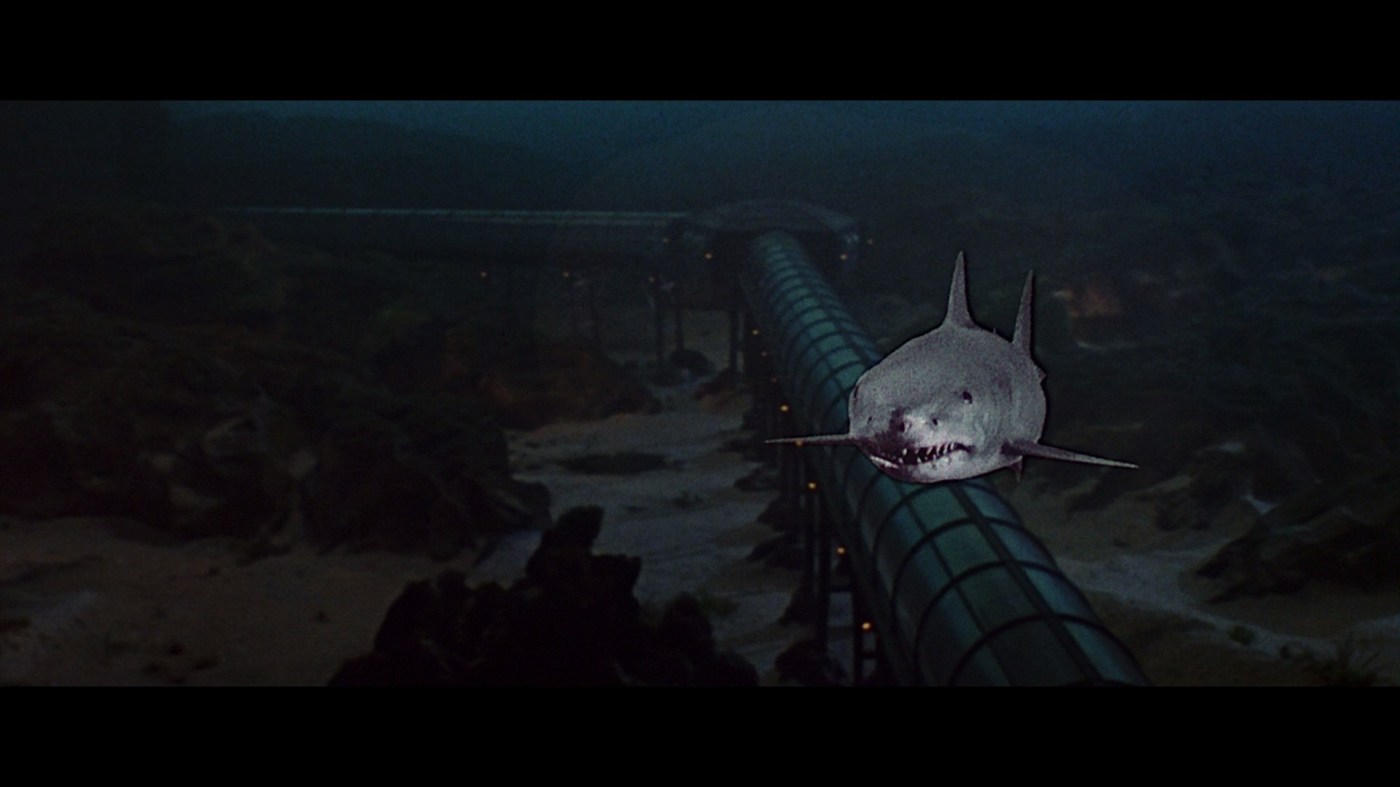 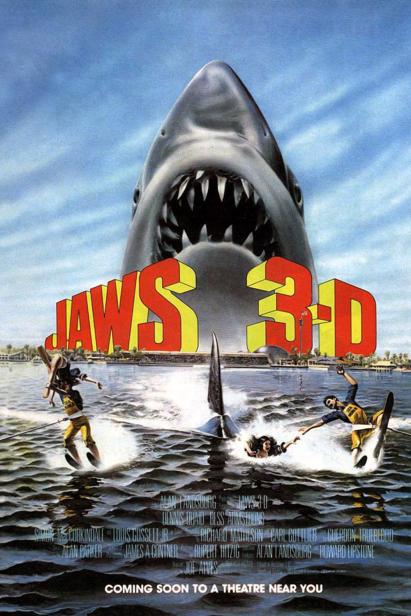 Jaws 3-D was almost titled National Lampoon’s Jaws 3, People Zero…or so the story goes.  Spielberg apparently nixed the idea.  Instead, we got Jaws 3-D.  Set years after the second film, Mike Brody works for Sea World and is dating marine biologist Kay.  His little brother Sean comes in for a visit and becomes smitten with Kelly, a Sea World Performer.

Sea World is preparing to unveil its new Undersea Kingdom…a sprawling underwater complex for tourists to enjoy.  Overseen by the flamboyant Calvin Bouchard, he spares no expense when he sees potential dollar signs.  He also brings in celebrity game hunter Manimal…uh…Philip Fitzroyce.  Manimal…look it up, folks.

A baby great white enters the bay and is trapped inside.  When discovered Kay convinces Bouchard to allow her to catch it for study, noting that having the only great white in captivity would bolster Sea World’s reputation.  But baby jaws is the least of their problems when momma comes looking for her baby.

Jaws 3-D features an all new cast, with Dennis Quaid stepping into the shoes of Mike Brody.  The film actually has a pretty good cast.  Lea Thompson (in her film debut) as Sean’s love interest and Louis Gossett Jr. are fairly memorable.

But the story just is not all that compelling.  Moving the setting to a theme park might make it all look bigger, but it is a pretty hollow story with no real emotional resonance.

In addition, I would say the film has some of the worst shark effects of the entire film, with the sharks looking like plastic toys.  Jaws 3-D is inferior to both Jaws and Jaws 2.