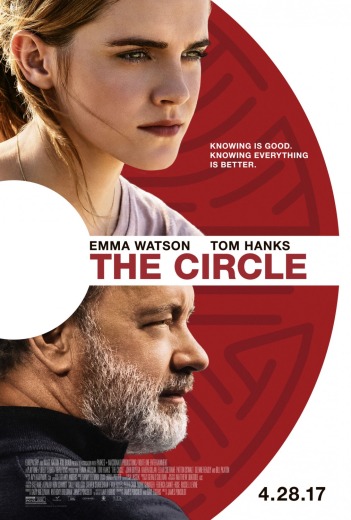 The Circle asks the question: What if Google Were an Evil All Seeing Corporation?

Emma Watson is Mae, a young woman who dreams of being more than another faceless customer service rep.  Her friend gets her an interview with the Tech Company “The Circle”.  She is overwhelmed at first, they seem to know things about her life that she had not informed them of.  But as her star rises, she becomes drawn in by the very likeable and charismatic Bailey.  Bailey is the “ideal” CEO.  Personable, treats everyone as equally important, regardless of status in the company…he charms Mae into overlooking her concerns as the Circle’s influence grows.

It cannot last, of course.  There are people, even within the company, who believe there is a darker and seedier underside (unsurprisingly, they are correct).  After a tragedy, Mae finds herself at a crossroads.

The Circle is established very well early on as “This could be the coolest place to work!”  But it early on starts to drop hints of creepiness.  Mae’s transition from sweet but overwhelmed to complicit in the organization’s overreach is well handled.  And Hanks just turns on his “I Am Tom Hanks” charm to make Bailey someone you cannot help but like.

The problem for the film is that it spends so much time on build up, it feels like it gets resolved in about six minutes.  They beat the corruption in a sentence.  It feels like the final act should have been developed a bit more.