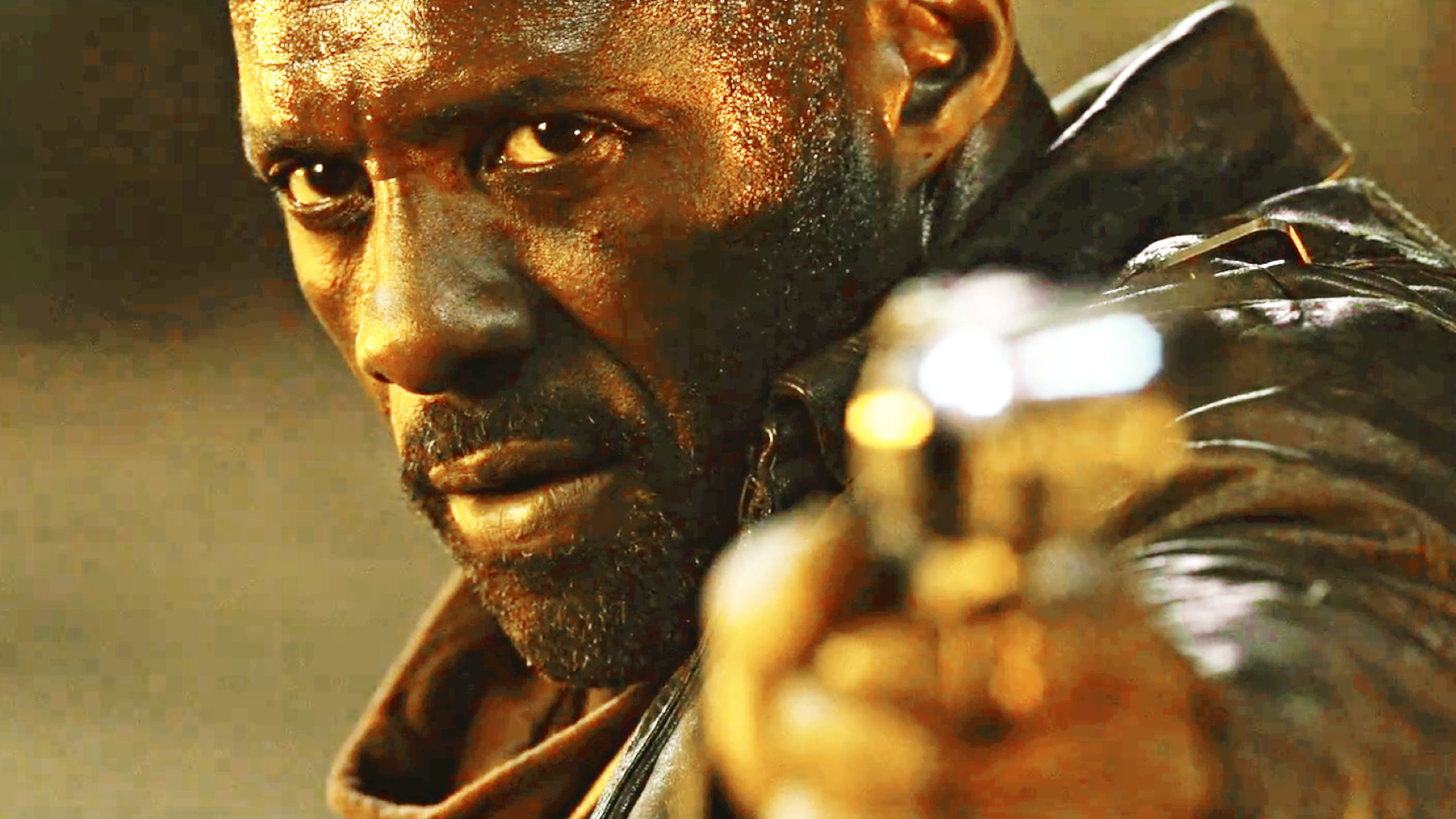 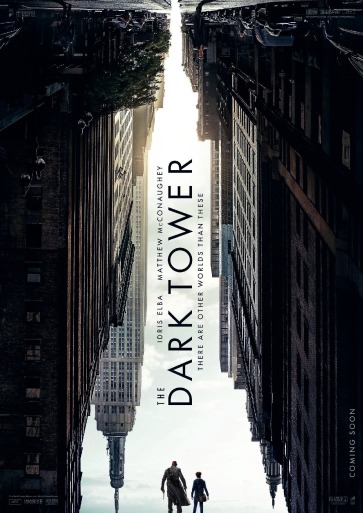 The Dark Tower has had a long trek to the silver screen.  There have been attempts for many years…at one point, there was an announced plan that included A movie and television series, so the story would keep going between films.  Very ambitious, but questionable how to make it work.  The Dark Tower series by Stephen King is a sprawling epic. There are eight books in the series at this time.

Roland Deschain is a Gunslinger.  They were similar to an order of Knights, though are modeled closely on the old west.  Roland is the last of the order, and he seeks a dark sorcerer The Man in Black to take revenge.  Roland has lost his way, no longer focused on protecting the Dark Tower.  The Dark Tower, by the way is the center of the universe and protects the Universe from “What is Outside”.  Meanwhile, in our world, Jake Chambers has nightmares about the man in black and Roland.  He ends up finding a house from his dream and there finds a portal to another dimension and…

Sound complex?  That is because it is.  For one?  This film is not so much an adaption as a sequel, even though it borrows elements from the first novel, the Gunslinger, such as meeting Jake Chambers.  The movie is set up as a sequel to the seventh book.  And so the film rushes to fill in as much information as possible, explaining stuff that probably makes more sense if you have read all the books.

In the books, King liked to tie in parts of his other novels, characters pop up, terms…in this film, you will maybe recognize the reference to Jake’s “Shine”.  And so the film spends a lot of time and dialog trying to catch the audience up…and the end result is that everything feels like cliff notes.  The film never truly gets to breathe, so big “moments” in the film never resonate quite like they could.  Even “lighter” moments feel like they deliver no payoff or relief.  When Roland asks if bullets are hard to come by in “our” world…Jake tells him he will really like our world.  This should be a moment that delivers at least a chuckle…and the audience I was with simply sat silent.

This is not to say there is nothing I liked.  Both Elba and McConaughey turn in good performances, which is to be expected.  McConaughey portrays the Man in Black with a calm menace.  He never seems to panic or lose his cool…even when doing evil, he maintains a gentle and assured tone.  Elba plays the Gunslinger in the mold of the embittered and broken Western Hero.  He also finds himself becoming a new father figure to Jake, progressing towards the restoration of his role as Gunslinger.

Visually, the film is pretty good, though a bit overdone in the de-saturation of color.  But the visuals of Roland loading his guns, shooting his guns…the monsters look good…but in the end, the immensity of the source material kind of over runs the film.  Those who have read the books are likely to be frustrated by the liberties, those unfamiliar with the books left confounded by all of the information they have to unpack.