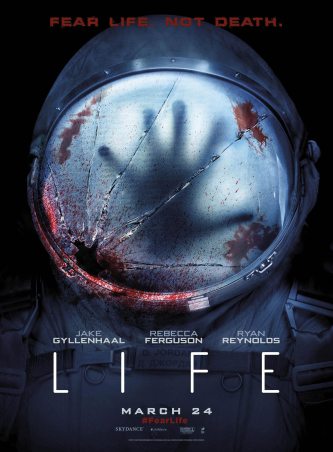 A sci-fi thriller set aboard the International Space-station, Life is a competent film.  The effects are good enough to allow for suspension of disbelief.  The cast  is quite likeable.  The story is uncomplicated.

A research team discovers a life form in soil samples from Mars.  Eventually, the life form grows and as often happens, it gets free and starts killing people.  The scientists must find a way to keep the creature from reaching earth and…well, not die.

It might sound like I disliked Life.  But actually?  I enjoyed it just fine.  I never got bored and liked the characters.  But it was not nearly as risky, even the ending feels like an attempt to feel edgier than it is.

Again, I enjoyed the film, but it won’t be joining the pantheon of Sci-Fi monster movie classics.  But it was okay.