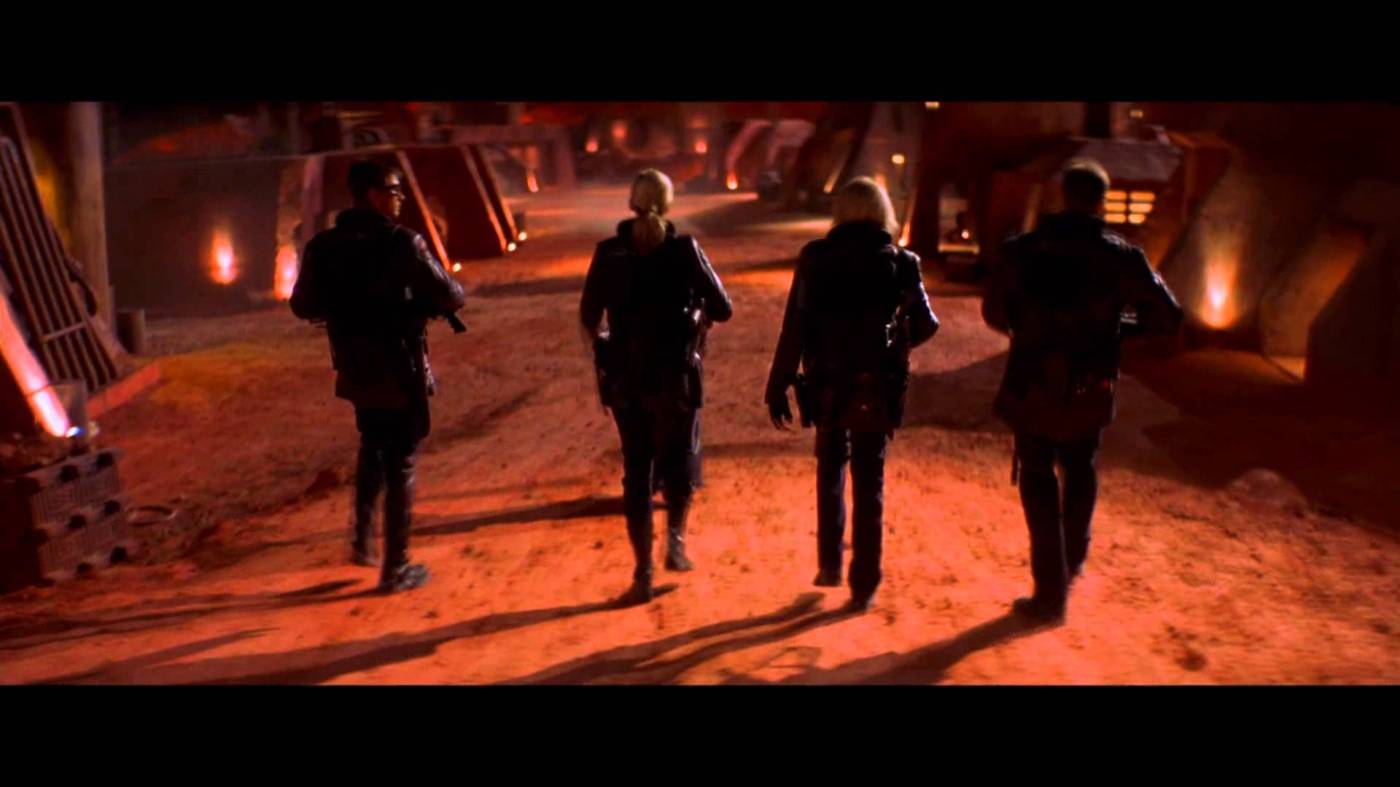 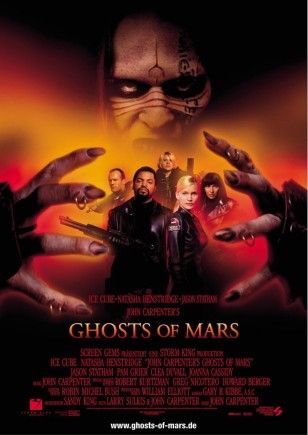 In the future, the terraforming of Mars has begun  There are colonies all over Mars.  The world is now a Matriarchy.  A police force is sent to Mars to transfer prisoner Desolation Williams.  They arrive to find the town empty except for some folks in lock up, including Desolation.  He and the others have no real answer for what is happening.

They soon discover that there may be more to it than a murder spree.  The ghosts of Mars indigenous population are taking over the bodies of earthlings.  Melanie Ballard is a tough space cop and finds herself aligned with Williams, who proclaims his innocence in the murders of countless colonists.  While she believes he is not a killer, she believes in following her orders and bringing him in, but survival requires them to wait on that and work together.  The spirits or organisms (whatever they are) take over people…in stage one they stare intensely at their hands.  Then they start mutilating themselves.  Then they get violent.

The exploration of the mystery gets slow at times, and there is a lot of running around that feels like padding for the story.  The film is bloody and violent when not being slow and expository.

The story is basically told in flashback with Ballard giving testimony about what happened.  Then there are the flashbacks in flashbacks.  This gets tiring fast as characters show up to tell Ballard what she missed.

In addition, the acting is fairly weak in most cases and nothing is to compelling.  The reveal of the cause it a twist that neither surprises nor adds to the situation.

It is interesting to note that the film started as Escape From Mars, a Snake Plissken tale.  The studio got a bit uncomfortable with a third Escape film and opted to have Carpenter change up the story.

There is no telling if Escape From Mars would have been a better film than Ghosts of Mars, but this is easily the worst of Carpenter’s work.