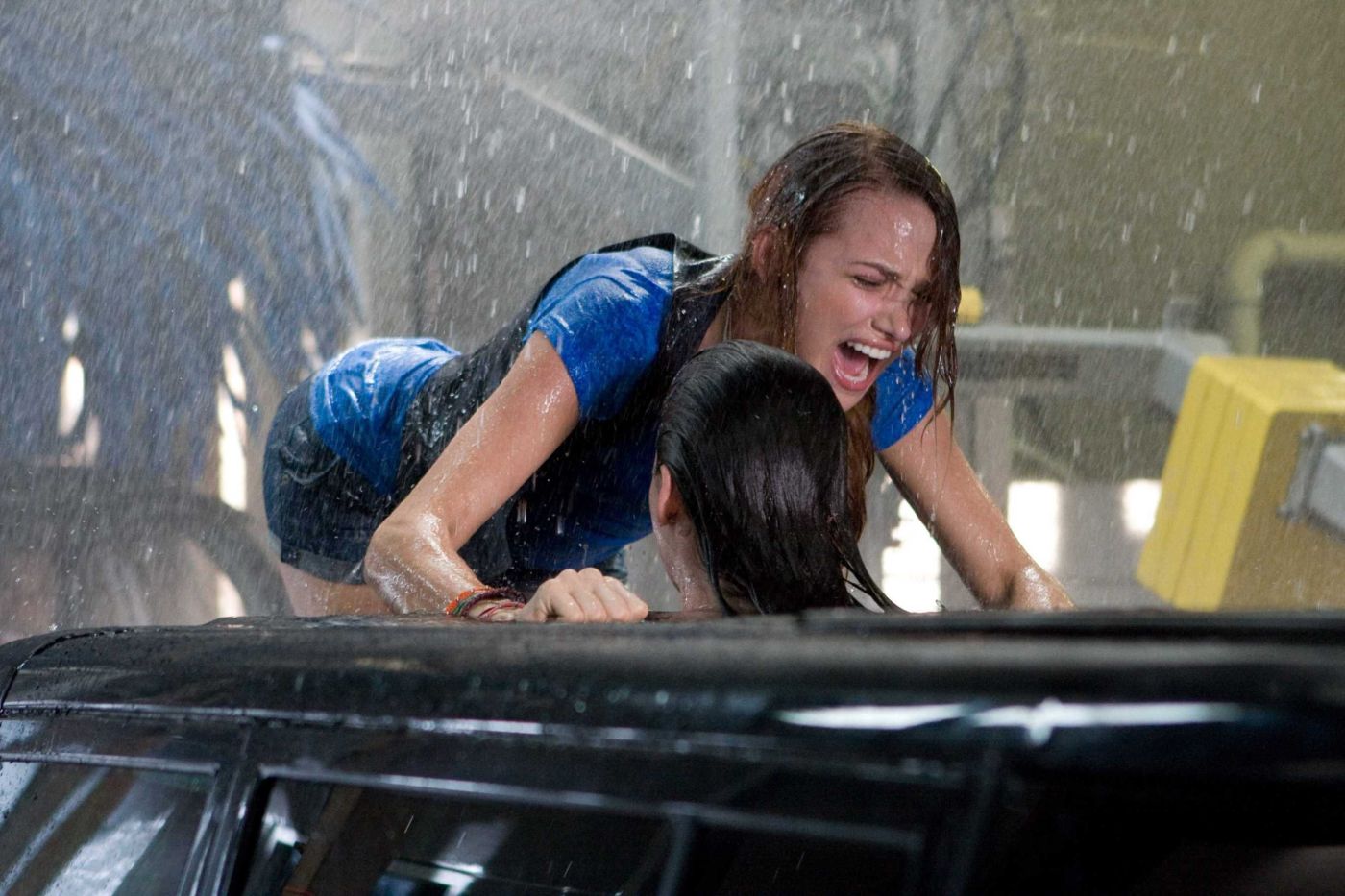 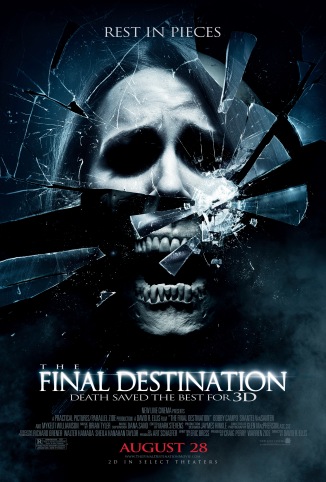 The Final Destination was directed by David Ellis (Final Destination 2).  It’s cast is unconnected to the previous films, but it connects itself to the original film, suggesting that this film closes Death’s plan.

The film begins at a Nascar race.  We meet a group of really obnoxious people and also Nick and Lori.  some of the only sympathetic characters in the film.  Nick has a vision of a terrible car wreck that kills everyone in the stands.  So, he freaks out and most of the obnoxious people leave with him, as they are yelling at Nick, there is an explosion and everyone realizes they lucked out.  One of the obnoxious guys is a racist who wants to run back in to get his wife, but is stopped by a black security guard.

As one no doubt expects at this point, people start to die.  Nick starts to put it all together.  The characters are mostly unsympathetic, and in this film, the deaths actually seem more vindictive.  The racist goes to put a burning cross on the security guard’s lawn only to get hooked by his own tow truck and dragged to a flaming death.  They try and save the remaining people, as Nick figures out that folks are dying in the order of his vision.

One of the things hinted at in the first film is you cannot die outside of the order of death, or at least if it skips you and goes to the next person, it just goes through the remaining order and jumps back to you.  This film expands on this, with one character trying to commit suicide, and being unsuccessful every time.

All in all, this is a very mediocre sequel, not even reaching a so bad it it’s good range.