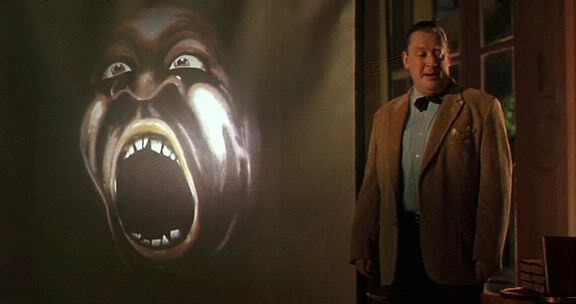 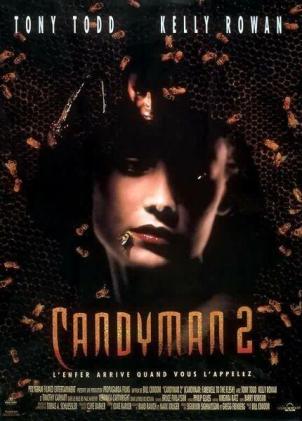 Bill Condon (God’s and Monsters, Mr. Holmes, the upcoming Beauty & The Beast) took over the franchise with Farewell to the Flesh.  The setting moves from  Chicago to New Orleans just before Mardi Gras, and focuses on a young teacher Annie and her family.  Her father died the year before in what appeared to be a Candyman Murder.  Her brother gets in trouble when he threatens an author who wrote a book on Candyman and said author is gutted.

This film focuses heavily on the backstory of the Candyman as Annie starts to discover that her family has a deep connection to him.  Annie unwittingly calls him forth and he comes and speaks to her, killing those nearby.  He also seems to start influencing the children of her class.

There are some interesting ideas at play here, but  it does not always make a lot of sense.  Why exactly is the Candyman trying to kill his descendants?  Why is he seeking to destroy himself?  Does he not want his family line to continue?

Todd, as with the first film gives a dependable performance, imbuing the Candyman with a dark threatening and yet tragic nature.  But the film never comes together, and has a tendency to feel all over the place. While not a terrible sequel, it is not as good a follow up as one would hope.