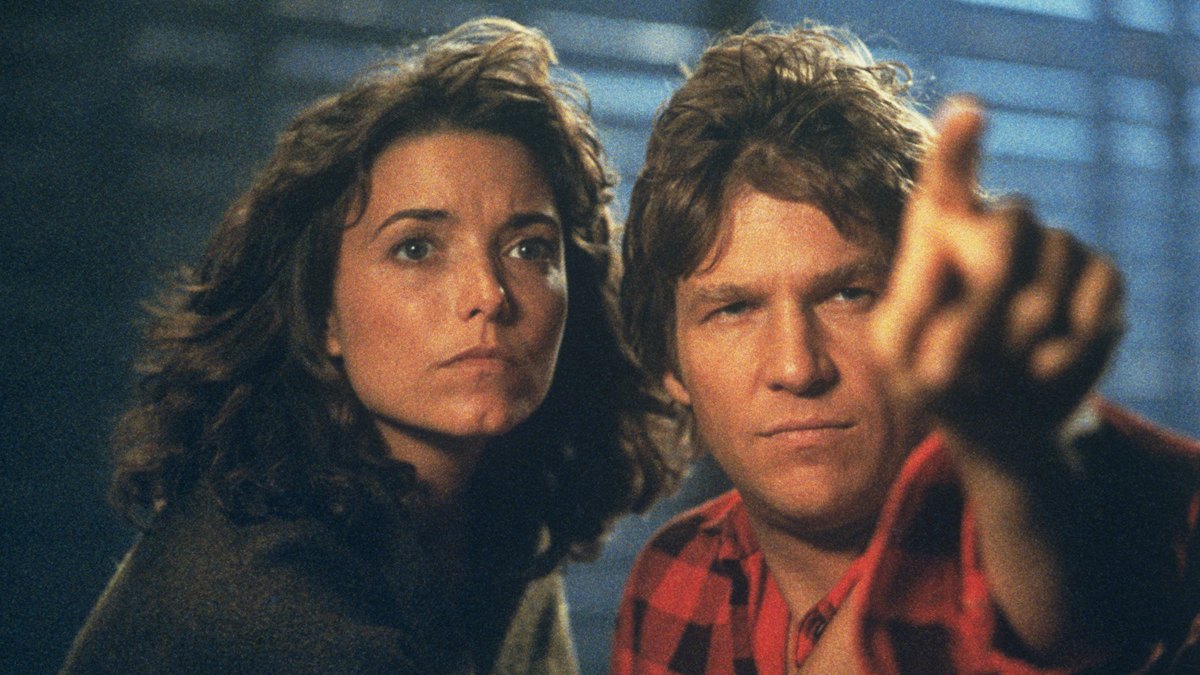 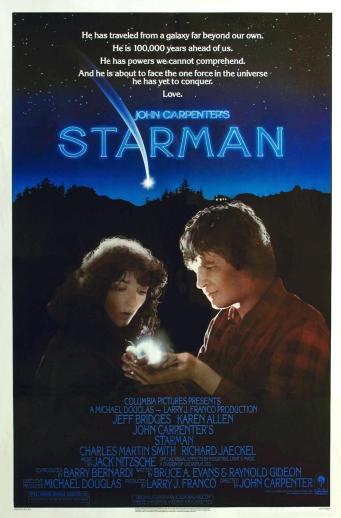 Starman is a whimsical tale of an inquisitive alien who adopts a human identity.  Of course, he chooses the form of a grieving widow’s dead husband.  This is one of the rare contributions of Carpenter that is about hope.

At first widow Jenny is horrified and frightened by the naked man in her home.  But she cautiously trusts him.  As they run, Jenny starts to help the Starman understand what he is experiencing.  He is perplexed by our human insecurities.  He is full of kindness, but finds  our unkindness to be senseless. Starman is trying to show a better path, but mankind rejects this, seeing him as a threat.

Starman is remarkably upbeat for a guy who has an Apocalyptic Trilogy.

And yet, in spite of this…it is like this little bit of hopefulness slipped out.  And I like it.  Carpenter is a lot more thoughtful of a storyteller than some might think, but he often often slips it in beneath buckets of blood and goo.

It is a heartwarming film, much because of Jeff Bridges’ performance.  He plays the Starman in a kind way, as a child just discovering that life is not fair.  Allen is terrific in a potentially thankless role.  She brings heart to Starman’s goodness.  More than one film since has aped Starman’s inspiring behavior.  Starman is not one of Carpenter’s more talked about films, and that is a shame.  It is not a common film for him, but it is touching and a good little film.