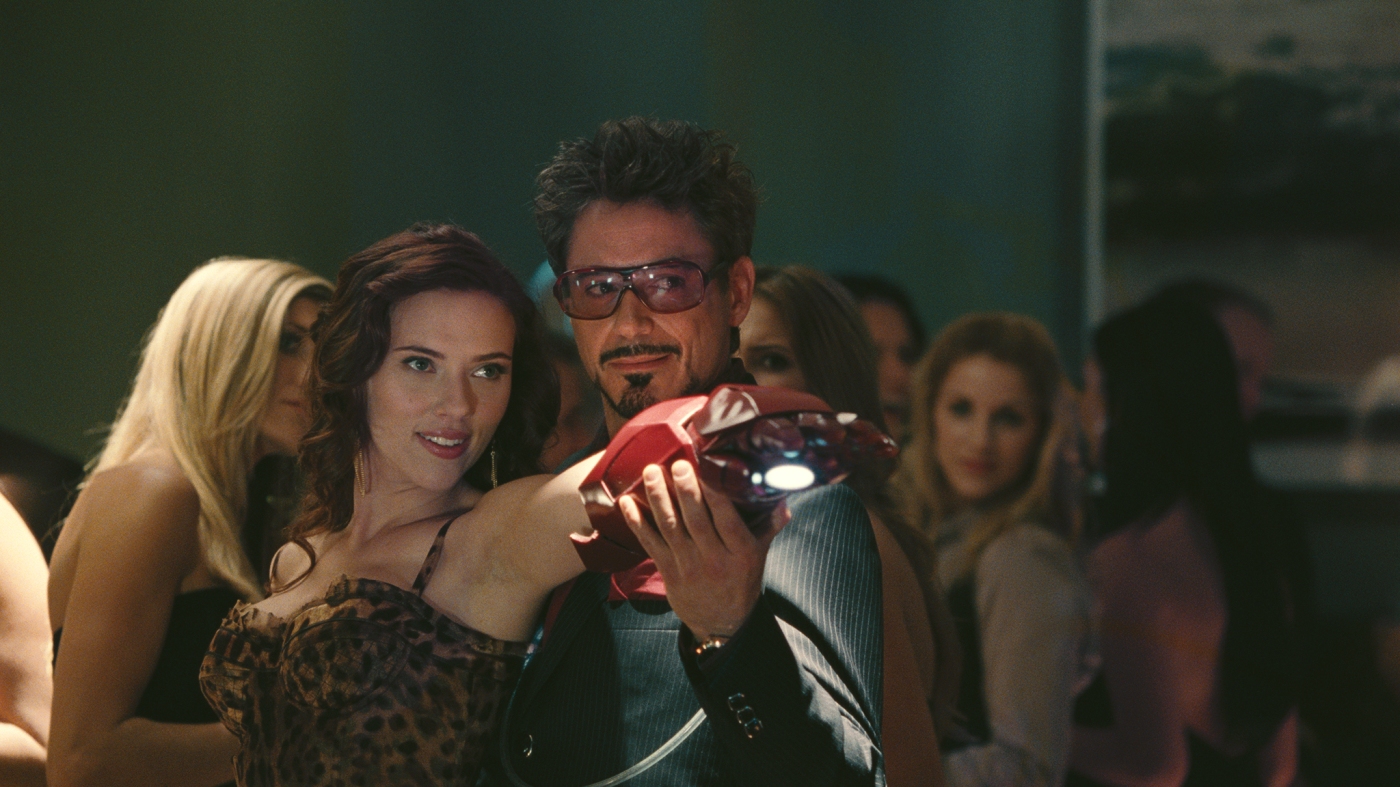 Seriously…Iron Man 2… not Invincible Iron Man???  What a miss…

Anyways, The first Iron Man was a surprise hit.  Marvel was building towards their shared movie universe and did not want to mess that up.  So, they stuck to their guns.  Favreau was back to direct Downey Jr. and the entire cast that survived made it back for the sequel.

Well, almost everyone.  Terrence Howard tried to renegotiate his fee, and Marvel was not interested…so they asked him to not let the door hit him on the ass and brought in Don Cheadle.  I was pretty torn.  I thought Howard did well and was likeable as Jim Rhodes.  On the other hand?  Love Don Cheadle.

One of the harder parts of Iron Man is his rogues gallery. He fights a lot of armored guys.  That can get repetitive…on the other hand, you have guys like the Mandarin.  A Magical Asian.  So they went with…um…Whiplash.  I wondered how they could make that interesting  They kind of succeeded.

Whiplash is obsessed with Stark because he feels Stark’s father betrayed his father.  The other villain in the film is Tony’s weaker competitor, Justin Hammer.  Hammer is trying to give the government the same kind of technology Stark has.  Ultimately they achieve it by using Whiplash, who has knowledge of Tony’s tech..  The film also introduces us to Natasha Romanoff, also known as the the Black Widow.  Whiplash is freed from the authorities by Hammer who wants to use his expertise.  Hammer is cocky, but he he is less competent than Tony or Whiplash, who double crosses Hammer to get his revenge on Tony.

There is a lot to like here.  But the best stuff is almost all at the end.  We get Stark and Rhodey fighting together against Hammer’s drones, Black Widow kicking butt and just a lot of cool stuff.  But at times, it feels like it is taking forever to get there.  This film has the exact opposite issue of the first film.  The build up is not all that involving as an audience member, but the ending is great.

Again, the chemistry between Downey and Paltrow is magnetic.  And Cheadle slides right into the role like he was always there.  Johansson gives us just a taste of the character to come, and it is great.  Rockwell is wonderfully sleazy as Justin Hammer.  Samuel L. Jackson’s Nick Fury is established as a major player tying the Marvel Cinematic Universe together.

Iron Man 2 is not quite the follow up I would have hoped for, but it would not sink the franchise or the MCU either.   It is one of the weakr entries, but strong enough to not be totally dismissed.