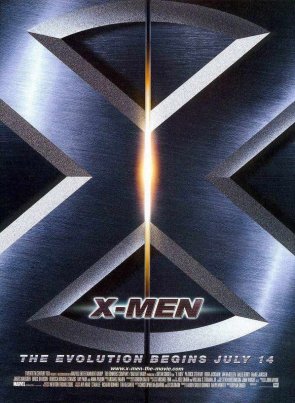 X-Men kind of set a template for Marvel films that they have stayed fairly close to and it has served them well.   Get a director with some real film cred, and the rest will follow.  X-Men is certainly proof that it is an effective approach.

Really, it was the hiring of Bryan Singer (then most recognized for the Usual Suspects) that got actors to take notice.  Most of the actors admitted no familiarity with the comics, and Bryan was not a fan of the series when he came on board.  While having a non-fanboy running the show ruffled some feathers (especially when it was revealed that none of the X-Men would be wearing costumes), it really seemed to miss the point.

A good storyteller need not be a fan to tell a great tale about these characters.  Patrick Stewart’s lack of interest in Sci-Fi did not stop him from becoming a beloved Star Trek Captain or Professor X.  And many of the actors opted to research their characters by reading the comics.  Sir Ian McKellan devoted an extensive section of his website to Magneto, he found simple ways to connect the characters to real life.

Of course, the big issue was Wolverine.  Hugh Jackman was way to tall to play the runt.  Oh, the frustrations comic fans are forced to deal with.  Along with the previously mentioned news that Singer was ditching the costumes in favor of leather uniforms.  So, things were stacking up against it in the eyes of fans and creators.

The film begins in the early 1940’s.  A concentration camp to be specific.  Weakened and fearful Jewish families are herded through an iron gate.  The Nazi soldiers begin to separate out children. One young boy and his parents reach for each other, and as the young boy becomes more frantic, we notice little things.  The metal in the gates starts to reach back towards the boy-and he and the soldiers holding on to him are dragged towards the warping gates.  After knocking the boy out, the soldiers stare in confusion at the mangled gates before them.  Next is an introduction to Rogue (Anna Paquin).  She is in her room with a young man and they start to kiss…suddenly, he starts to appear sickly, veins seeming to grow across his face.  She starts screaming as the boy convulses before her.  These are dramatic starts for a very ambitious film.  A few years earlier Batman and Robin crashed the comic book movie boom.  And yet, Singer was taking the X-men seriously.

The film quickly works to bring all the characters together.  and there is little time wasted in creating the team, tying it around Wolverine and Rogue.

The film, despise an easy premise, suffers from the problem from so many first films for a franchise…”Introductoritus”.  It is a large ensemble, and I get wanting to put in all sorts of stuff for the die hard fan to get excited over.  But it is a big cast and that means some folks will get glossed over.  Halle Berry’s Storm is flat and pretty lifeless.  Some of it is the writing, some is the performance.  Hugh Jackman does a terrific job as Wolverine.  He is convincing as a loner, yet the (sibling like) bond with Rogue is believable.  As his his friction with Cyclops and the magnetism with Jean Grey.  Unfortunately, Marsten’s Cyclops is often kind of boring when not interacting with Wolverine.  Their verbal sparring is definitely a highlight of the film.  It often feels like the film really is not sure how they want to portray Storm and Cyclops.

But in the end, Storm gets the biggest shaft in character development.  Some of the film’s worst lines come from Storm.  There is the scene where she and Wolverine are discussing the coming war between mutants-those who wish to peacefully co-exist with homo sapiens and those who wish to rule as homo-superior.  She tells Wolverine at least she has chosen aside.  As if merely choosing a side gives you some nobility (hint-it does not).  I mean, yeah, she chose Professor X’s side…but what if she had chosen Magneto’s side?  There is also the infamous “what happens to a toad when struck by lightning” gag.  It falls flat.  It was a contribution of Joss Whedon, who swears that it was all Halle Berry’s delivery that resulted in it being so ridiculed.

Both Patrick Stewart and McKellan give rousing performances, while Hugh Jackman proved that he could embody Wolverine even though he was of average height.  Stewart and McKellan really provide a sense of a longstanding friendship that is needed as the foundation of the story.  The effects were solid for the time, many mutant powers from the comics really came to life.

On the other hand, the film is so busy introducing the concept and the characters, the plot seems under developed.  It is a pretty herculean task to try and bring a single character with over forty years of backstory to a finite two hour movie.  Trying to bring the X-Men-full of hundreds of characters together cohesively?  You have to choose who you want to focus on, knowing you will deal with complaints either way.  Singer, Tom Desanto and David Hayter struggle valiantly to bring together character and story, but really, it fell mostly on the side of character development.  Understandable, as the X-Men have a rich cast to choose from.

Toad and Sabertooth come off as pretty bland and one dimensional for most of the film, not contributing much until the end.

For Singer, this was easily his most ambitious film to date.  Not so much in story, but in cast size, and general scale.  But he does a pretty solid job with the film overall.  He seems to understand the sense of scope a film like this needed-in spite of his background in smaller films, he seemed to transition quite well to the grand scale needed for the X-Men.

The film’s overall plot is probably less memorable than it’s various character moments, and in that sense, the movie is hurt.  What could have been a terrific film is simply a good start…it is just a set up.