For a long time, it was hard to come by the films in this set, outside of the first two which were more well known. Until Arrow came along, a complete blu-ray set seemed an unlikely scenario. 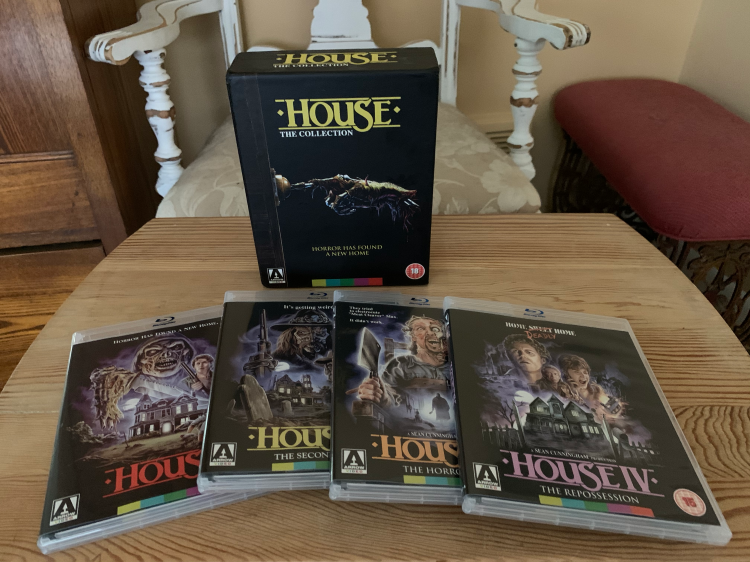 Each disc comes in its own case with reversible art, one side newly created artwork for the Arrow Releases and the other side the original poster or VHS art. I admit, my preference is to the original art.  The paintings are really nice, but the disembodied hand ring the doorbell is iconic.

The Box itself is sturdy, allowing for safe storage.

Each disc is loaded with extras, including bonus interviews, audio commentaries and all new documentaries for three of the films. I wish they had one for the third film. However, the Horror Show includes the American and European cuts in HD.

This is a good set, full of really good extras to let you immerse yourself in the history of each movie.