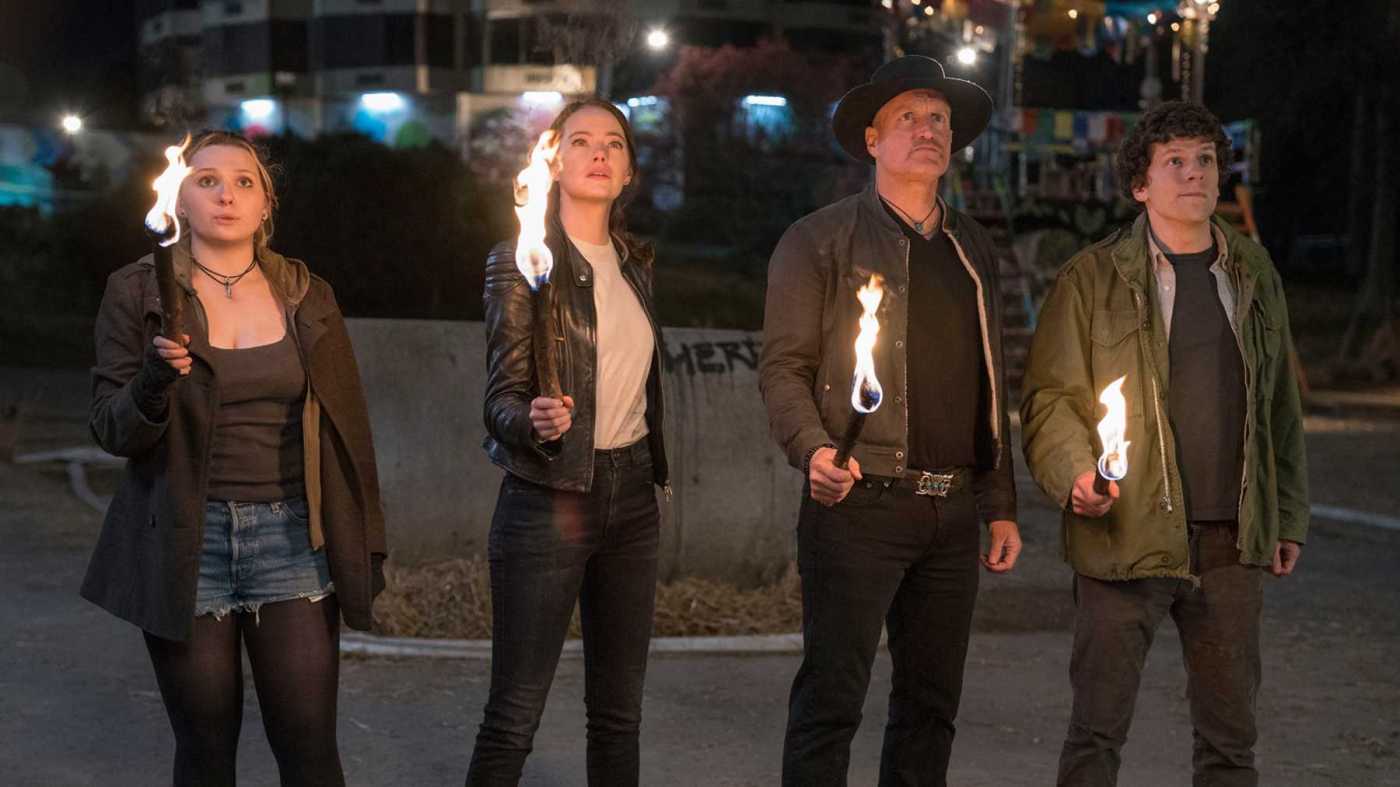 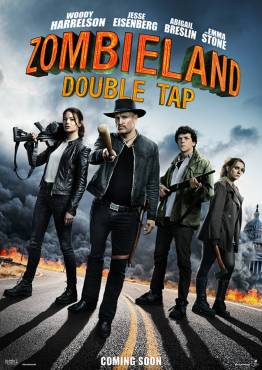 So, I loved 2009’s Zombieland. I found it largely a clever and hilarious take on Zombie movies with a terrific cast.  Amazon tried to do a series based on the film, recasting the characters with lesser known performers and a rather blah pilot episode.  I eventually gave up on the idea of ever getting a sequel…and then last year, on the heels of director Ruben Fleisher’s successful but critically maligned Venom, it was announced that a sequel was in the works…and that it would have the central cast returning. But revisiting Zombieland ten years later feels like a risky proposition.

Probably one of the original’s most notable flaws is how it feels like a lot of ideas strung together without a central story. lots of really entertaining sketches.  The film still works, just maybe could have used a more centralizing story.

However, while the film begins feeling a bit the same, a cohesive tale and goal for the group comes together.  The film adds some very fun new characters, and the jokes really land a good 90% of the time.

I appreciate that they kept a lot of the first film’s visual identity and this film feels like a surprisingly natural follow up to the first. If you enjoyed the first Zombieland, I feel confident you will have a great time with Double Tap.