So, this one is going to be pretty short.  I have already explored the films themselves.  So here I am just going to look at the set itself.

Really quickly…this is my set-up: The audio in the films includes DTS:X for the 4K discs. With my sound bar, the movies all sounded great. None of the audio was muddled, and I could hear the dialog without the old pain of turning up the volume, only to rush to turn it back down when the action started. 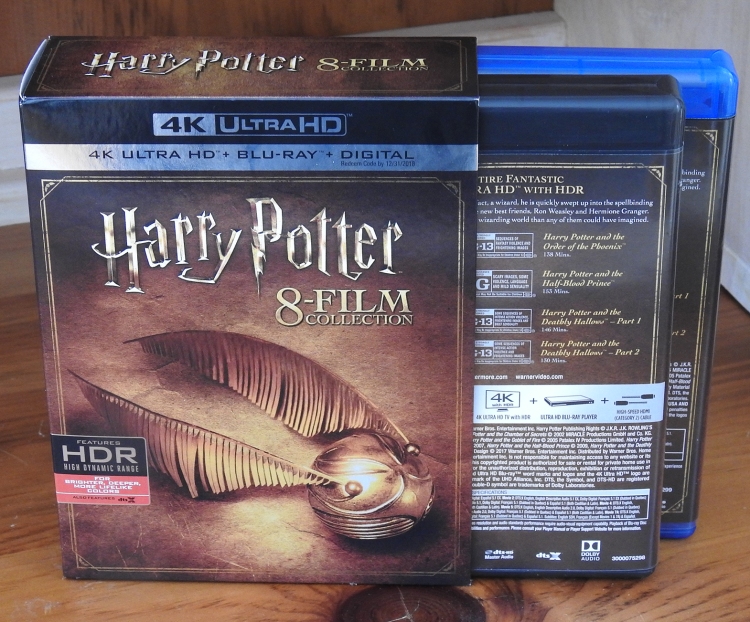 And then there is the picture.  The films benefit greatly from the High Dynamic Range treatment. This is especially noticeable in the first five films.  This makes sense as they were all a bit more colorful. Honestly, the only film that just does not seem to get anything specialized from the 4k Treatment is Harry Potter and the Half Blood Prince. Since the film’s colors are so dreary and desaturated. It is still a good and crisp picture…but it just cannot get the full benefits offered by the HDR. But still, the movies all look great. 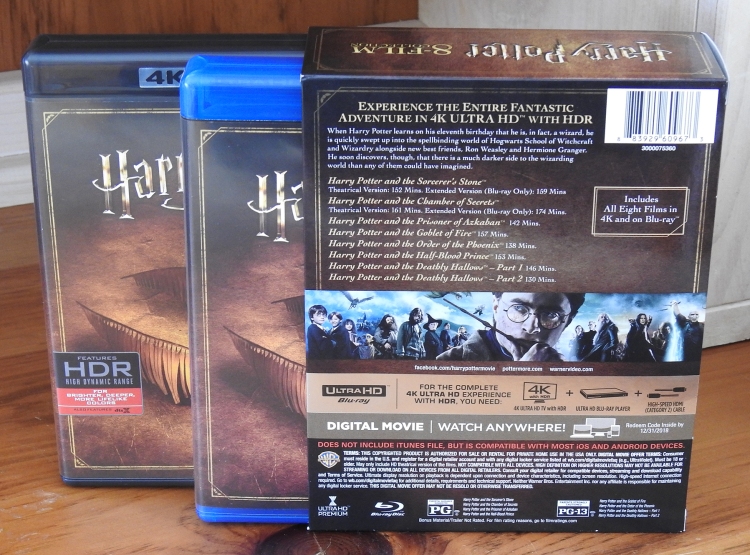 The set includes all eight films on 4K Blu-Ray, Blu-Ray with a code to redeem a digital copy.  There are no special features included on the discs, though the digital copies do appear to include the “Creating the World of Harry Potter” features included with previous blu-ray sets (at least mine do through Vudu).

I do think the video and audio make the set worth purchasing, but if you value special features, you won’t want to get rid of any earlier sets you might have.