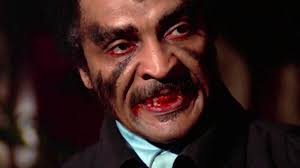 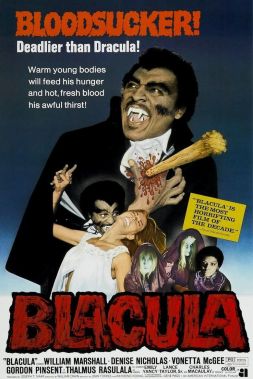 The 70’s were a time of revolution in cinema. Directors were finding greater freedom in the stories they could tell and what they could put up on the screen for mainstream audiences.  Those years also saw the rise of blacksploitation films.  Blacula was one of the first of that era’s blacksploitation horror films. It also was one of the rare films of the time with a black director. If you want to hear some interesting stories of what it was like, see Horror Noire (currently on Shutter), which includes interviews with Blacula director William Crain.

Opening with Prince Mamuwalde seeking help from Count Dracula, he instead finds himself cursed with vampirism. Dracula locks him away in a coffin until the Prince is freed in the 1970’s. He quickly starts claiming victims and building a small army of vampire followers. His main goal is to seduce Tina, the spitting image of his lost love Luva.

Meanwhile, Dr. Gordon Peters is trying to solve mysterious deaths, that he starts to realize are vampire attacks. He then must convince the police.

Blacula is a lot of fun.  William Marshall has great presence and a Princely attitude that gives Dracula a real run for the money.  The Doctor is obviously meant to be a Van Helsing stand in, but he is a nice blend of action hero and intellectual. Vonetta McGee is is lovely, but has a character limited by being the love interest and victim.

William Crain has a strong eye as a director and fought for a lot of what he got to put on screen. One great scene features a wild eyed and haired vampire running towards the audience in slow motion as she is going in for the kill. Another has a surprise reveal of Blacula that is really effective, even though I thought the victim was not long for this world (but I thought they would last longer).

Honestly, my only real criticism is one that probably is tied to a long history of watching horror. But the vampire deaths feel kind of…underwhelming… they just kind of…fall over in sunlight.

But that is a pretty small criticism.  I really enjoy Blacula.  It has some good performances, Marshall is a great Vampire Prince. I wish Crain had gotten the opportunity to direct more films, and I feel like I need to check out Dr. Black and Mr. Hyde (His only other feature length film credit, though he worked on a lot of TV shows from the 70’s and 80’s).