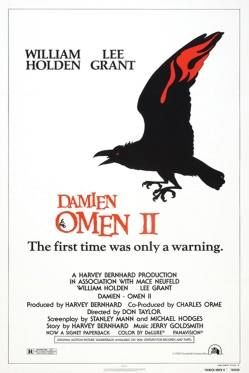 Because there was a law that they had to have a leading actress named Lee in the Omen franchise, we got a sequel.

Okay…none of that is true.  We did, of course, get a sequel. But to be honest, if there is a story that kind of demands it continue? The Omen was it.

Set about eight years after the first film, Damien is being raised by his aunt and uncle. Along with his cousin Mark, he is in a military academy.

Damien starts to become aware of his calling, no longer an innocent child, he starts to take steps towards embracing his future.

The film ups the ante with some of the deaths, witch a major set-piece including an elevator. Instead of dogs, the main scary animal are ravens. This works out well, as the ravens add their own eerie atmosphere.

As sequels go, Damien: The Omen II is a decent enough follow-up.  It sticks to it’s formula, but not in a way that lazily repeats itself. This is a coming of age story that comes together pretty well.

Now, for the longest time, my memory had it set as historical fact that Henry Thomas of E.T. was Damien.  Now, had I sat down and done the math, Henry would have been about five at the time of filming. So, my apologies to Jonathan Scott-Taylor, the actual young man who played Damien. But come on…surely you can see how my memory made this egregious error! 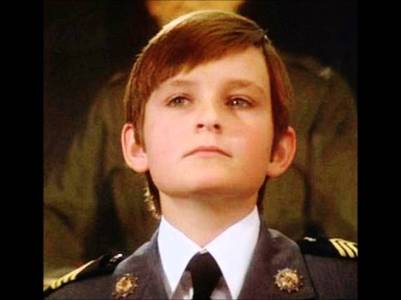 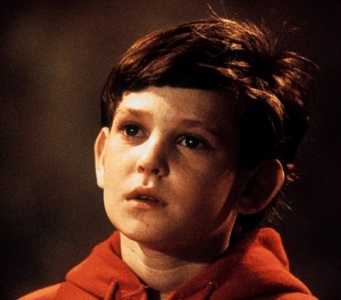