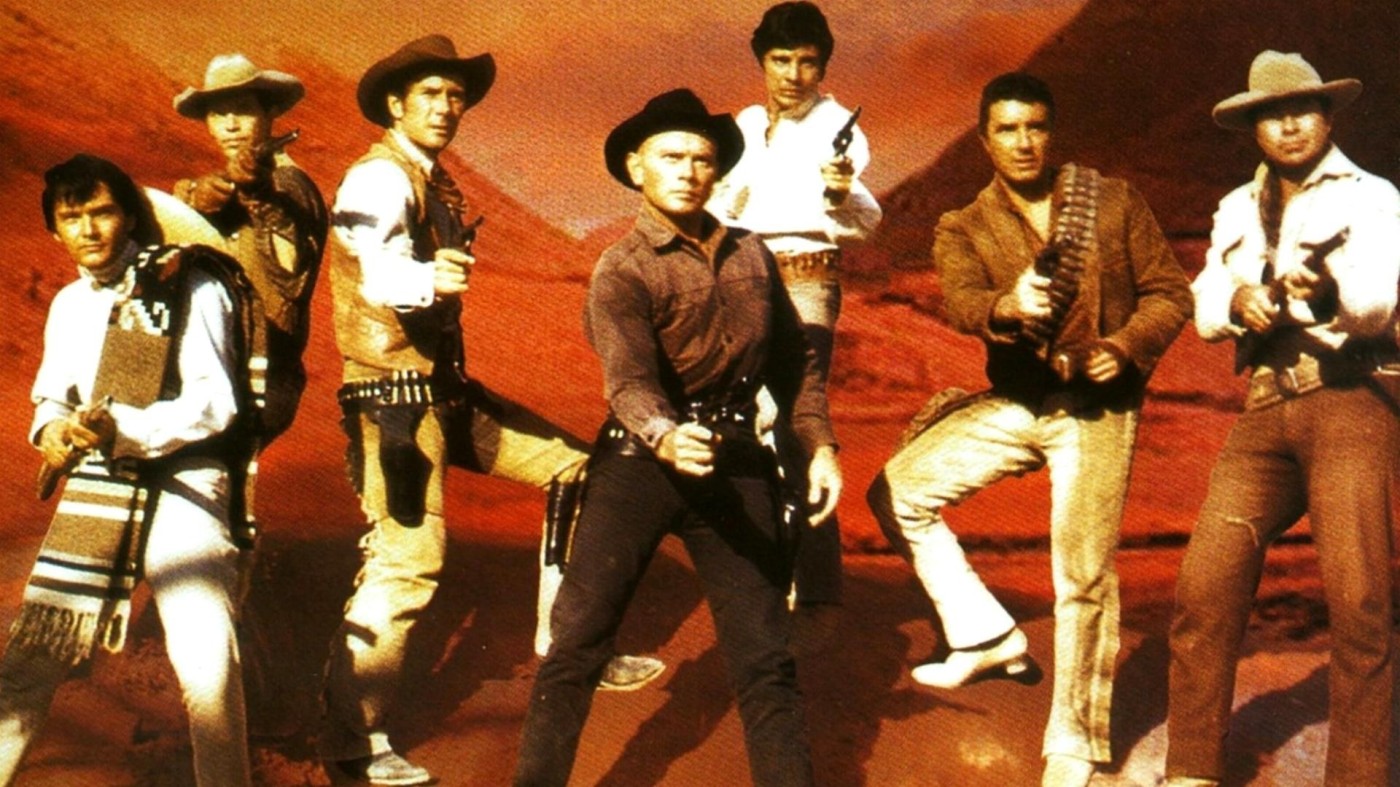 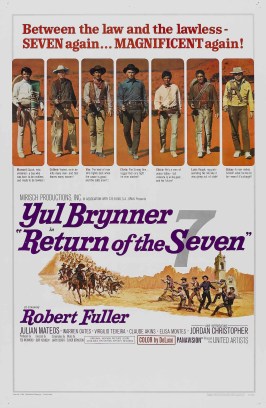 Chico settled down in the village that the Seven defended years before and now they face a new threat by Rancher Lorca.  He has kidnapped the town’s men to force them into labor.

The town seeks the help of Chris and Vin (Vin now played by Robert Fuller) who assemble a new crew to help the town.

I do not have a tremendous amount to say about this one.  I like Yul Brynner’s (the only holdover from the original) Chris, but Robert Fuller is not Steve McQueen. And making the setting the same village instead of making them a heroic force for a new group (an orphanage or something? I don’t know).

The most notable thing to me about this movie is that the screenplay is by the 70’s/80’s horror director Larry Cohen.  But this is a pretty lifeless script.