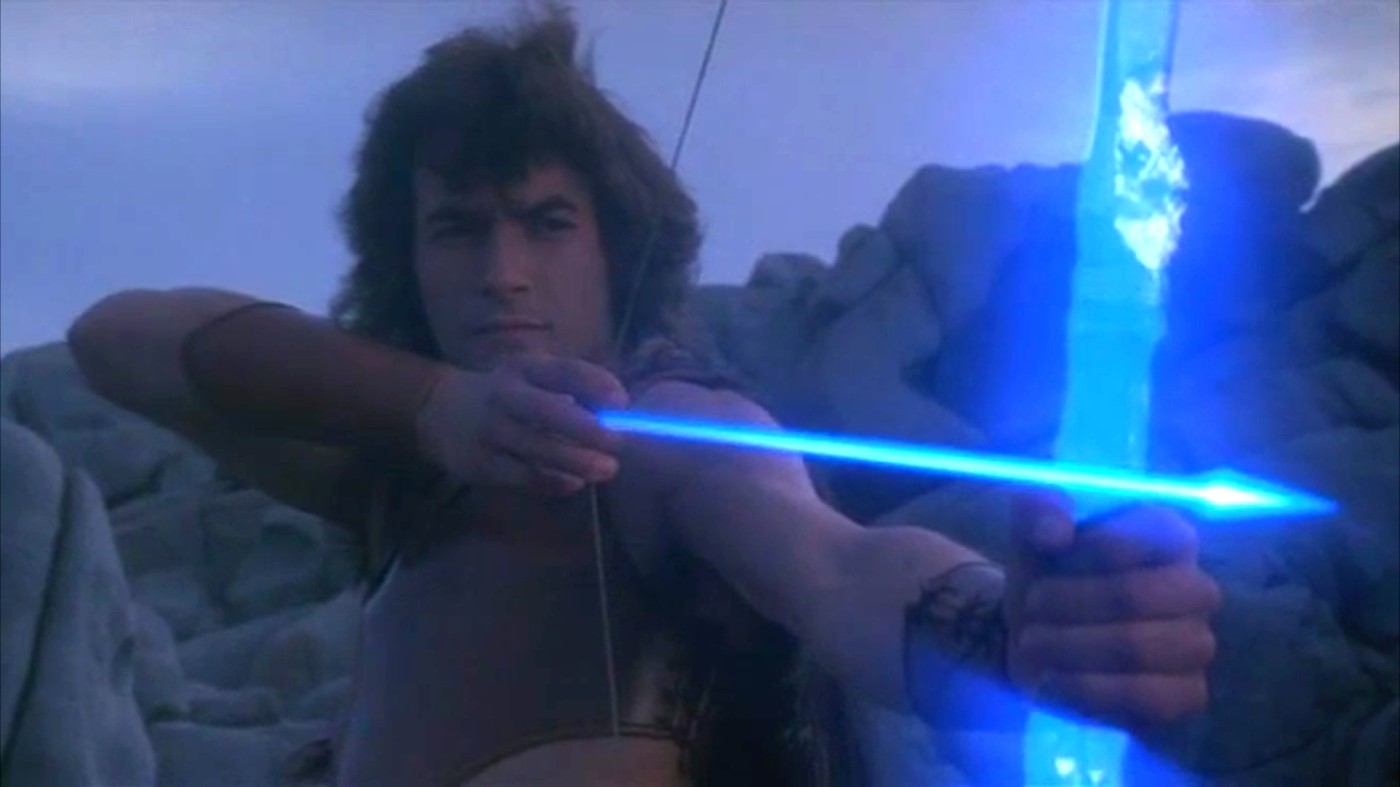 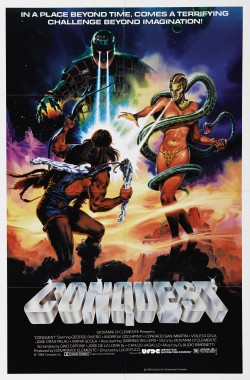 Young Ilias is given a magic bow and sent on a quest.  After saving a girl named “Girl Ilias Saves From Snake” from being bitten by a snake, he runs into Mace, a guy who has no friends. How do I know this? Because Ilias asks Mace his name and Mace tells him that his enemies call him Mace. Ilias asks what his friends call him and he answers back that he has no friends.  He is a tortured soul, the man called Mace.

Mace tells Ilias they can totally hang out if he shows him how to use Ilias’ magic bow.  They discover a tribe of meek people, the people of Girl Ilias Saves From Snake. The people are enslaved by the evil Ocron.  Ocron is noticeably evil due to her big metal mask, incredibly affectionate snake and her penchant for being topless. Okay, I don’t know that the last one is really tied to her being evil, but you sure don’t miss it either. She also has a bunch of Sasquatch like creatures who eat people. That kind of sucks.

Mace and Ilias decide they must destroy Ocron, but she has anticipated this due to dreams of a man with Ilias’ bow killing her. She calls on Zora, the spirit that resides in a white wolf, but looks suspiciously lizard-like to help her vanquish Ilias.

Conquest is from director Lucio Fulci, an Italian director mainly known for his horror works. The film is not particularly well acted (both in the dubbed voices or original performances).  The story is also so simplistic as to sometimes seems like there is no actual plot.  Waitaminute…

And yet, something about it kept me watching.  Mace is kind of hilarious in his “I have no friends but the animals” ways.  The completely arbitrary magic bow that can shoot laser arrows. The bad costume for Zora.  The film hits that point of hilariousness.