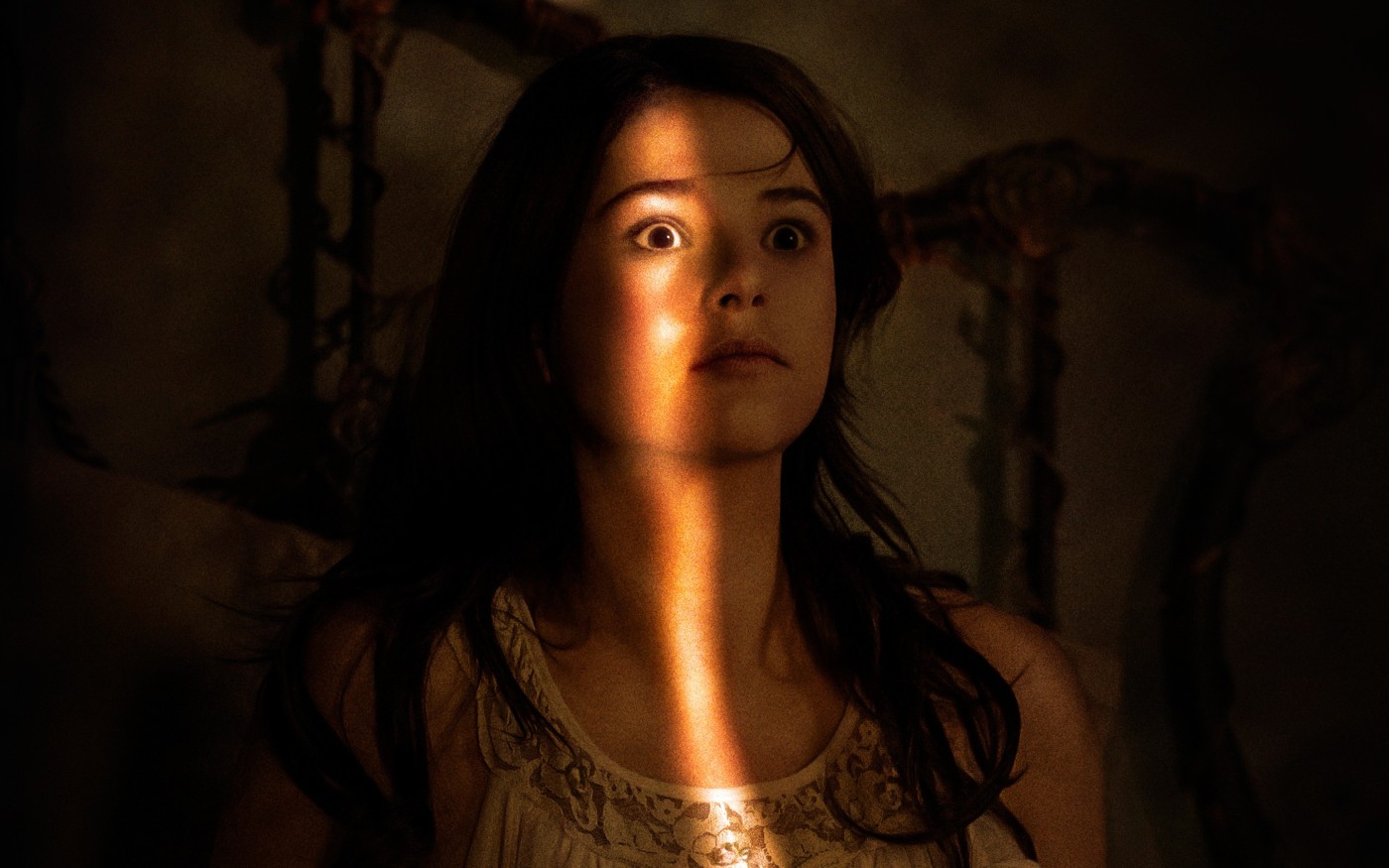 James Wan has seen himself become increasingly in demand.  His regular collaborator is Leigh Whannell (who plays Specs in the series).  Whannell is the writer behind Wan’s Saw and the previous two Insidious films.  Adding the duty of first time director can be a risky proposition, though certainly not a new situation in horror franchises. Elise has proven a pretty popular character, and seeing as she met her demise in the first film, the creators kind of painted themselves in a corner.

The solution, of course, is to set this film in a time before Elise came back to help Dalton and his parents.  Set between her first meeting with Josh and the first film, Elise is now “retired”.

But a young woman asks for her help.  Quinn states she has tried contacting her dead mother.  Elise relents a little, trying to reach out, but when she realizes it is not Quinn’s mother, she is quick to end things.  But nothing has ended for Quinn.  After getting hit by a car, Quinn is stuck at home with her father and brother.  There is a growing dark threat in the house, and finally, after having exhausted his skepticism, her father Sean pleads with Elise to help free his daughter from this threat.

While there are some borderline silly moments (Elise has some action hero moments while in the spirit realm) the film stays pretty close to it’s predecessors. Visually, the spirits are every bit as unnerving and creepy.  The makeup and use of shadows shows Whannell to have learned a lot from his close work with Wan over the years.  The sound design is not quite as top notch as the prior two entries, but it is strong enough to keep the film’s identity as part of this franchise.

What we get with Chapter 3 is a well told scary story, built within the existing world of the Insidious films that feels very much a part of that world, allowing for a series that remains cohesive and largely enjoyable.