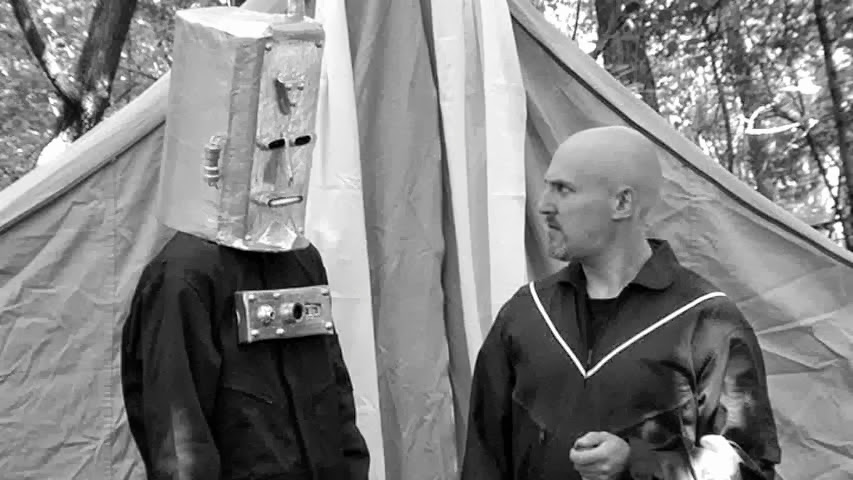 Writer and Director Christopher R. Mihm explained that he went into this film with a “what if”.  What if…Ed Wood had made Star Wars?

The spaceships are obvious models and green screen work.  But it feels like the limitations are less financial here and more sticking to the premise of being a fifties sci-fi b-movie.

The alien make-ups are actually quite good.  Or, rather, entertaining.  There are aliens with big eyeballs for heads that shoot laser beams from the eyes.  There is a scene paying homage to the Star Wars cantina scene where the filmmakers clearly had a lot of fun populating the bar.

Does Destination: Outer Space answer the What If?  Yeah.  It feels like it came from the era, and it is a lot of fun.  The film is loaded with fun references to sci-fi like Star Wars and Star Trek.  The “high-tech” robot A.D.A.M. looks especially like a fifties idea of an advanced robot. The film promises more adventures with Captain Jackson in the end (with a soft cliff-hanger).  We shall see if he ever returns.