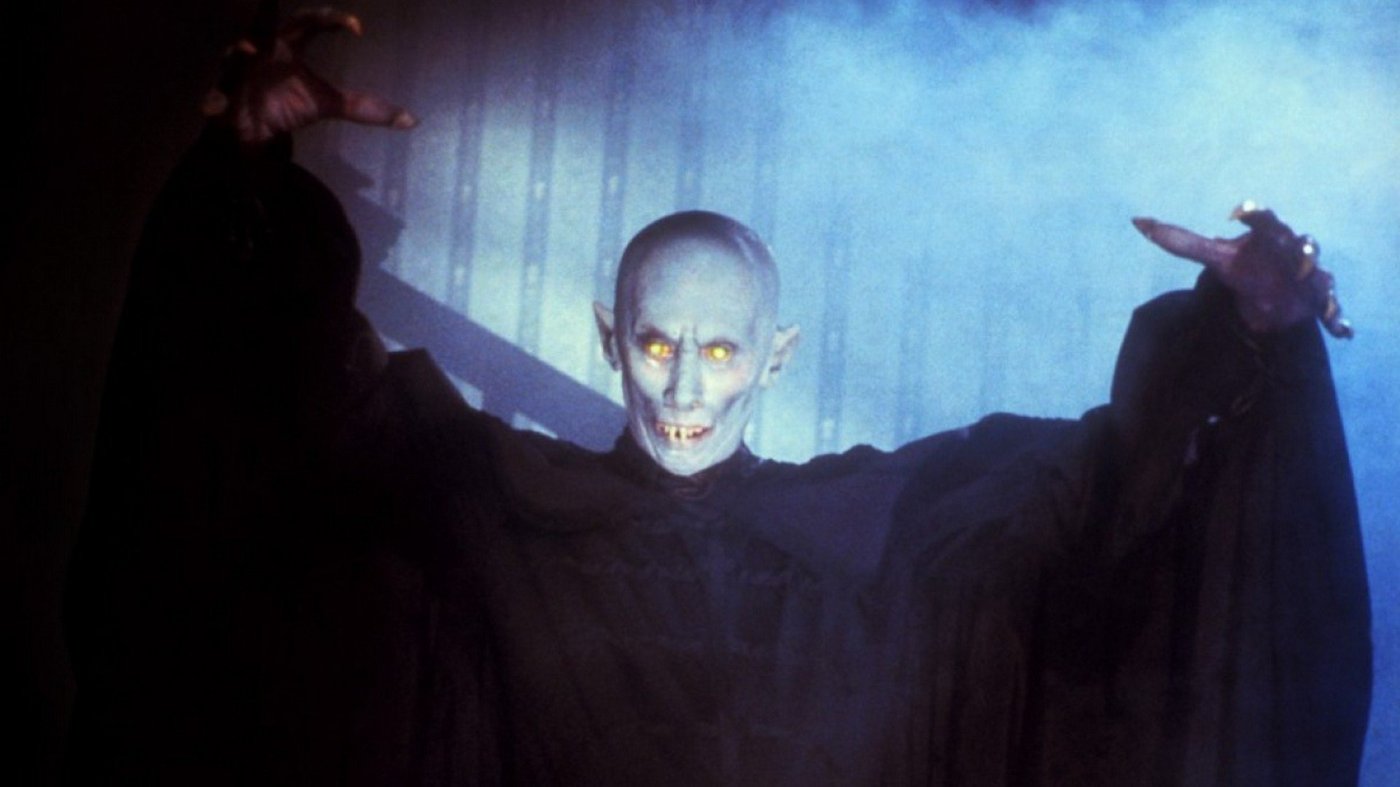 Hooper’s first Stephen King adaption, Salem’s Lot is a pretty straightforward vampire story. Popular writer Ben Mears has returned home to Salem’s Lot.  But Mears is not the only person arriving in town. The mysterious Mr. Barlow and his employee Mr. Straker have arrived.  Nobody has met Barlow, but he is taking up residence in the old Marsten House.

Mears actually has a theory that the house is evil and attracts evil men.  And in this case, he will discover he is very right.

Townspeople start to get anemic and die, causing Ben to wonder if it is a vampire, but he needs proof.  At the same time, he is falling in love with local teacher Susan Norton.

It becomes a race against time for Ben to find proof and defeat Barlow.

Salem’s Lot was a two-part mini-series, allowing it to explore the story more.  Initially, we start witnessing the dark secrets of the town, such as the affair between Larry Crockett and Bonnie Sawyer.

There are some great visuals in the film, for example, a young boy is visited at his window by a friend who is floating outside.  Hooper makes use of the atmosphere of his local very effectively.

While it can be a bit slow in it’s build up, it is a pretty decent vampire tale with good spooky atmosphere and sets.  Salem’s Lot shows a real measure of improvement over Eaten Alive for Hooper as a director.