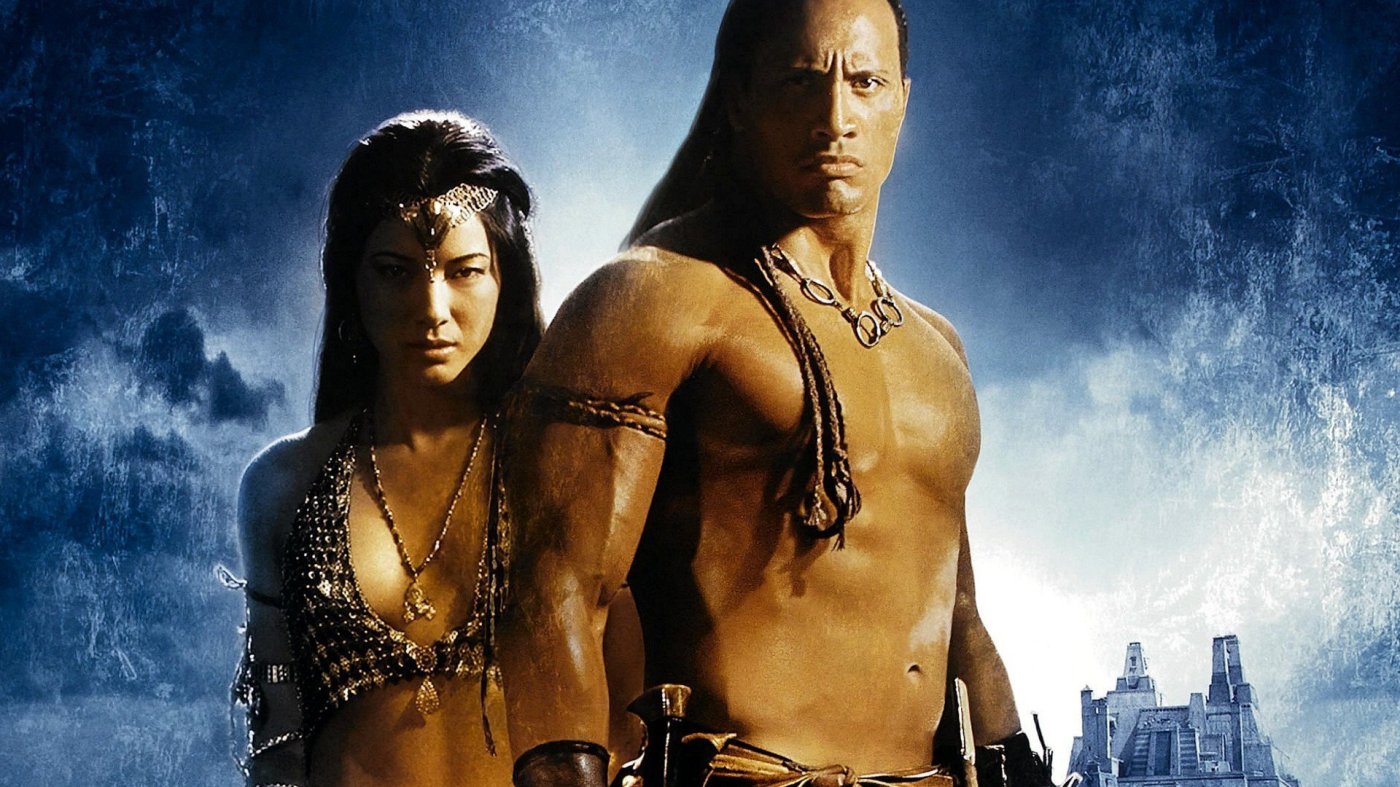 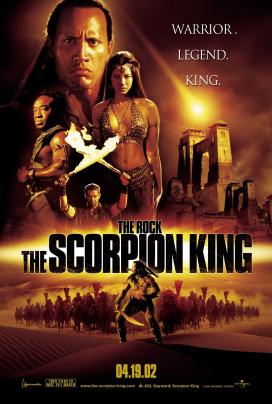 Mathayus is a mercenary hired by free tribes to kill a sorcerer who works for the evil King Memnon.  The mission goes awry and his brother is killed.  Mathayus seeks vengeance and finds himself teamed up with happy fool Arpid.  When his attempt at assassination of Memnon is thwarted, he discovers the sorcerer is, in fact, a sorceress…and a beautiful one at that. He kidnaps her to use as a means of luring Memnon out into the open.

The Scorpion King is a pretty typical light fantasy film in the vein of Conan the Barbarian.  It does not get anywhere near as given to magical dealings as it’s Mummy brethren, the story hints of magic, but we do not see a lot of magic in practice.

The fights are pretty well choreographed, but the film lacks a lot of the humor of the Mummy franchise with only a few really funny moments.  This is probably one of the Rock’s most charmless roles. The female characters are treated as objects first…characters second.  This is unfortunate for Kelly Hu, as the film basically places it’s emphasis simply on how attractive she is.

The digital effects run from okay to pretty unimpressive.  There are digital snakes towards the end that look like cartoons.  Nothing about the film really stands out at all.  It remains a rather forgettable exercise, in spite of spawning three o it’s own sequels (all lacking Johnson).