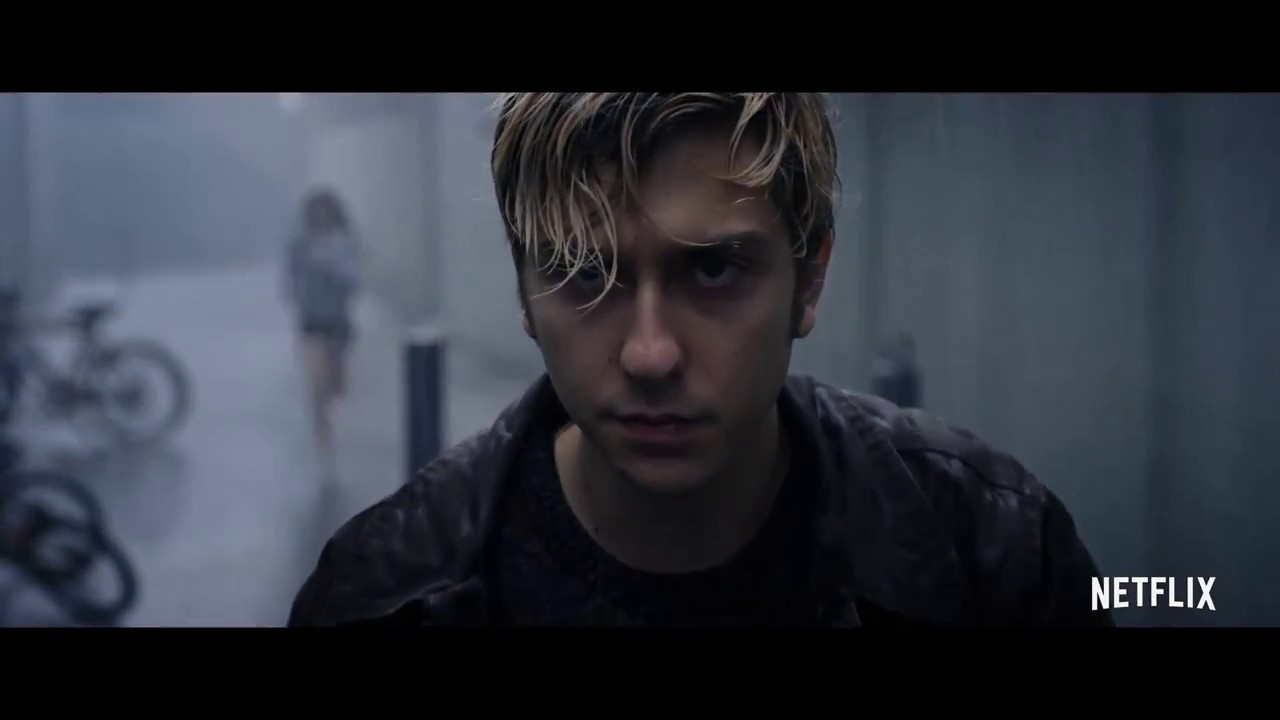 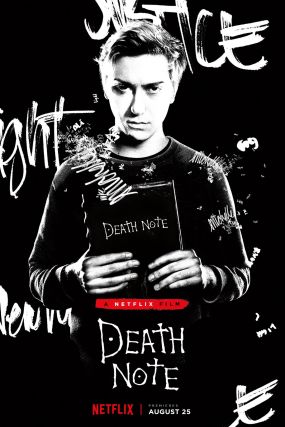 Meet Light Turner.  He is in high school and frustrated by bullies.  He is also angry that the drunk driver who killed his mother walked.  One day, a notebook falls from the sky.  It is full of rules, and comes with great power.  Oh…and a demon or a death god or some such thing.  This tall creature with a love for apples is named Ryuk.

Ryuk explains that all Light must do is write the name of a person (while picturing their face) and a method of death…and it will happen.  Light initially believes himself to be dreaming, but when he realizes that a local bully indeed died as he wrote in the book, he starts to get an idea.  With his girlfriend Mia, he begins a campaign against crime causing the death of hundreds of terrorists, murderers and other terrible people.  He attributes it to “Kira”.  But Kira attracts the attention of the authorities, including his own father, Detective James Turner.  Joining Light’s father is Watari and the mysterious L.

The film follows Lights attempts to not get caught, while trying to figure out how to avoid killing good people.  L knows Light is behind Kira…but is not sure how he is doing it.

Death Note is a pretty interesting concept.  However, it is based on an anime series as well as a manga series.  And here they have forced the entire series into under two hours.  Which results in a major rush to tell the story.  So interesting concepts (Light cannot simply write L’s name in the book, because they do not know his real name and almost nobody knows what he looks like.  But everything has to play out so fast that there is no opportunity to fully explore these things.

And it is to bad.  Director Adam Wingard has a good cast at his disposal.  Shea Wigham is quite good as Light’s father.  And Get Out’s Lakeith Stanfield is good in the role of the mysterious L.  Willem Defoe obviously had some fun as the voice of Ryuk.  Had Netflix maybe planned this as a start of a series, the film might have worked better.  While I am sure the goal includes further films, trying to force Lights tale into such a short space simply results in it being hard to connect with the characters.