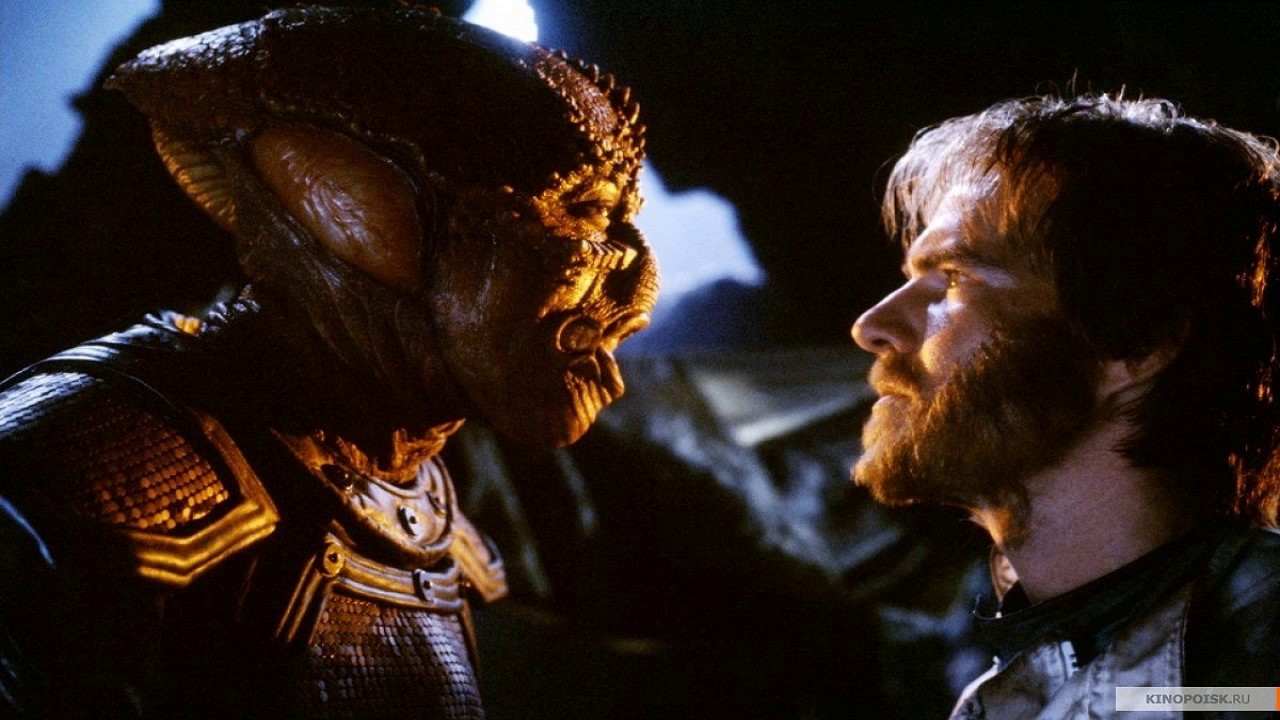 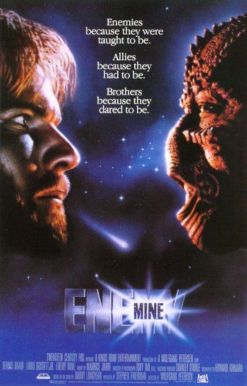 In the future, mankind has colonized space, but this has brought fresh dangers.  Mankind is at war with a reptilian race called the Draks.   During a firefight Earthling pilot, Willis and Drak pilot Jeriba find themselves stranded together on a hostile planet.

The two mortal enemies find themselves in a situation that requires cooperation to survive. Willis and Jeriba (who Willis refers to as Jerry) slowly build a bond, and as the years pass, their relationship becomes more like family.

Enemy Mine is a very simple story from Director Wolfgang Petersen (Das Boot and the NeverEnding Story).  But this is because it really is more of a science fiction fairy tale. with the moral more important than the specifics of the story.  And the moral here is that we are all more alike than we think.  Or as Sting once philosophized…the Russians love their children too.

The film keeps from getting bogged down by any truly elaborate cultural details for the Draks.  Their religion is relegated to a book that Jerry reads.  He teaches the ideas to Willis, who finds that the religious beliefs are scarcely different from the ideas found within Christianity.

It is the makeup and Louis Gossett Jr.’s performance that sell the Draks as a completely non-human race.  Gossett gives movements that are more like a lizard.  And even after Jerry has learned English, he affects an accent of one who is not used to the language.  Considering how cumbersome the makeup must have been, it is a real testament to Gossett Jr.’s talent to make it all come together so well.

Enemy Mine is at times thrilling, funny and ultimately heart warming.