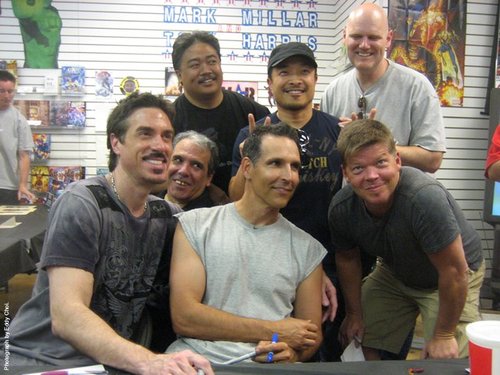 “We broke Batman’s back.  We killed Superman.” – Rob Liefeld 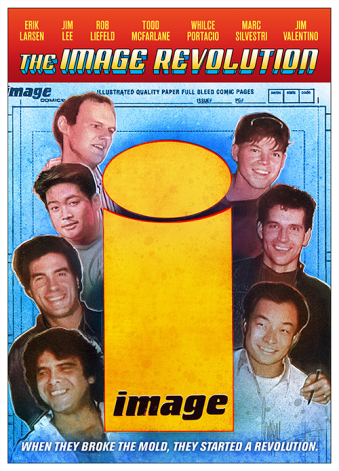 The 90’s were an amazing time for comic books.  It was the highlight of the speculator market, it was all about foil covers, and pouches.  Characters with hundreds of pouches.  In the early 90’s Rob Liefeld, Todd McFarlane and Jim Lee were the top names.  They each set records for the sales of X-Men and Spider-Man books.

Comics have a pretty sordid history when it comes to the treatment of their talent.  Jack Kirby, the King of Comics, died pretty much at his desk to pay bills.  He saw no compensation for co-creating characters like the Hulk and Fantastic Four.

The Image Revolution looks back on the moment a group of artists decided they had had enough.  The mega-popular McFarlane was frustrated that Marvel was licensing products with his art…and he was not even getting a t-shirt out of it.  McFarlane and Liefeld started recruiting the top Marvel Artists who all  walked away from Marvel and DC to form Image Comics…a company where the creator ruled and owned their characters.

The documentary explores the highs and lows the group faced.  They had very high highs, especially in proving their critics (who gave them six months at best) wrong.  They broke sales records, found new talent, brought in other big names who wanted to do creator owned work.  And then there were the lows, mostly ego and in-fighting…especially between Liefeld and Marc Silvestri.

It moves at a rapid pace, covering the twenty five year history.  There are plenty of interesting and amusing anecdotes (how Robert Kirkman got Image to green light the Walking Dead comic book is quite funny).  For comic fans, or people curious about the industry, the Image Revolution is a fun and informative watch about one of the biggest shakeups the industry has ever seen.