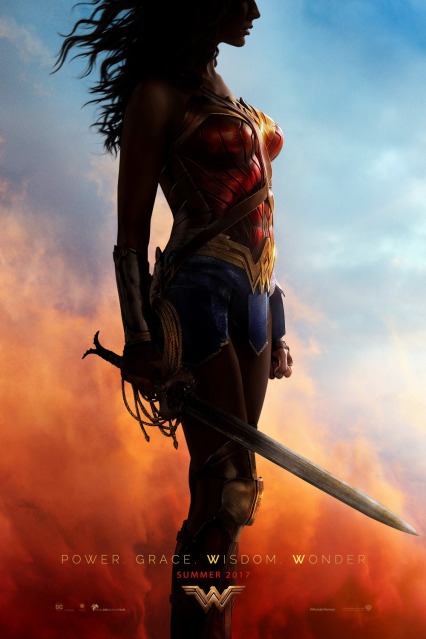 It is no secret that despite financial success, the DC Cinematic Universe has hit a lot of speed bumps.  There have been things to like in previous outings, but overall, the films had a dark oppressive tone and frankly, Snyder and Company really did not get Superman at all.  One of the big pluses of Batman V Superman was, in fact Gal Gadot’s Wonder Woman.  Enough so that I felt encouraged by the film.  It help that it was in the hands of a director other than Snyder.

And what do you know?  It worked.  Wonder Woman is an origin tale, which is no surprise.  But the film opens with a beautiful sense of awe on the island of Themyscira (or as Steve Trevor calls it “Paradise Island”).  We see warriors training, being watched by young Diana.  She want to learn to fight, but her mother Hippolyta is adamant she will not be trained.  As time passes, Diana learns combat in secret, much to the disappointment of her mother.  Hippolyta eventually relents, but demands Diana be trained harder than any Amazon before her.

When a pilot on the run from the Germans crashes into the ocean near Themyscira it is clear that the war (World War 1) may come to them.  Diana makes impassioned pleas to her mother that the Amazon’s must step in and join the war.  In the end, she sneaks off the Island with Trevor to find and destroy the Greek god of war, Ares.

Diana is cast in the role of wide eyed innocent in a world she does not quite understand.  And the film follows largely in suit.  She has moments of child like wonder.  For example, sshe sees a baby-something she never saw on her island home-home and instantly wants to run over to it.  She tastes ice cream and tells the vendor that they should be very proud.  Even the sexual humor is polite in this film.  Yet, the innocence is not at the expense of Wonder Woman’s character.  No, it is integral to her nobility.  She believes the best.  She believes mankind was created to be good and noble, only corrupted by Ares’ cruel nature.  And then she must come to terms with the fact that this may not be the case.  Mankind may be capable of both greatness and the worst.

It is the little moments of goodness that start to drive Diana, as she sees the small treasures in the band of mercenaries she and Steve are saddled with.  At one point, one of the men buckles in combat, unable to do the one thing he was brought there to do.  When he suggests they leave him behind, Diana looks to him with a gentle smile and asks who would sing for them?  This instantly changes his spirit.  And that is the thing with Wonder Woman.  She is a fierce warrior.  She is powerful and dangerous.  But she is driven by kindness.  She is drive by love.  She is driven by hope.  And that is something that was missing in the DC Cinematic Universe.  A *hopeful* tone.  This is what the first Wonder Woman movie brought us.  Light in a dark movie universe.

There was a lot of talk about how Warner Brothers took a real gamble on Patty Jenkins as director.  That is a whole other discussion.  But if it was a gamble?  It paid off.  And Gal Gadot is proving herself to be the right choice for the role.  She has grace and kindness, but is equally convincing as a warrior.

Wonder Woman is most certainly the best DC film, in large part due to the fact that it really understands it’s hero.