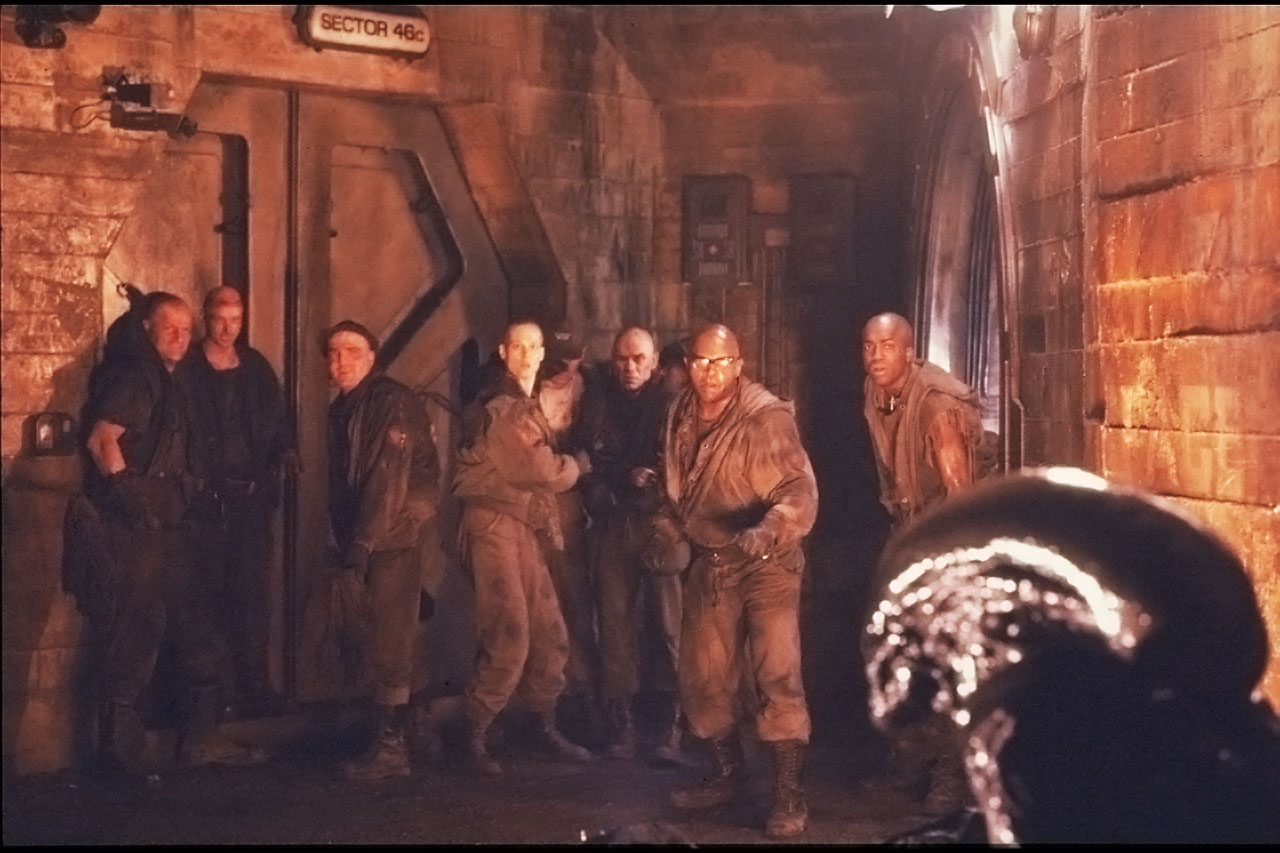 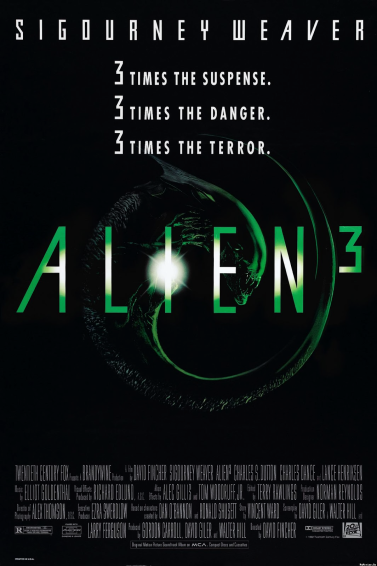 The success of Aliens had the studio rushing to try and get an Alien 3 going.  There were a lot of false starts and bad ideas that led to what we got.  Good scripts got tossed aside for weird ideas.  There were questions on whether Weaver wanted to return.  While she did finally return, she pushed for this to be the end of Ripley’s journey.

Music video director David Fincher was given the job of bringing the film to life.  It should be noted, Fincher was deeply unhappy with his experience and even producers admit they treated him very badly.  Which is unfortunate.  Because the end result was a muddled and overall messy film with some good ideas and some terrible choices.

After the events of Aliens, Ripley, Newt, Hick and Bishop are in hypersleep on a small escape pod.  There is a malfunction that results in the ship crashing on a small prison planet.  Only Ripley survives.  The prison operates on a skeleton crew, primarily made up of the inmates.  Most have adopted a form of Christianity that sees themselves as so unable to resist the draw of sin, living on a planet without temptations is their only choice.  As religious leader  Dillon (Charles S. Dutton) notes, Ripley’s arrival has put temptations back in place.

An alien facehugger has escaped with Ripley and finds a host.  This film added a new twist to the series.  It suggested that the alien xenomorph actually borrows traits from it’s host.  In this case it is a dog.  This results in a xenomorph that runs around on all fours and is more canine in it’s movement.

Once the xenomorph is discovered, Ripley and the inmates struggle to defeat it.  Alien 3 is an attempt at not repeating the previous films.  So they drop Ripley on a planet with no weapons.  Unfortunately, a lot of the decisions with the script resulted in nullifying the progress of Ripley in Aliens.  Killing her defacto family put her back at square one.    The studio interference left us with a film disowned by it’s director and far more to weaken it.  The strengths are few and far between.  The religious aspect is kind of interesting and the cast is terrific.  Yet these things cannot save a slapped together script and poor CGI.