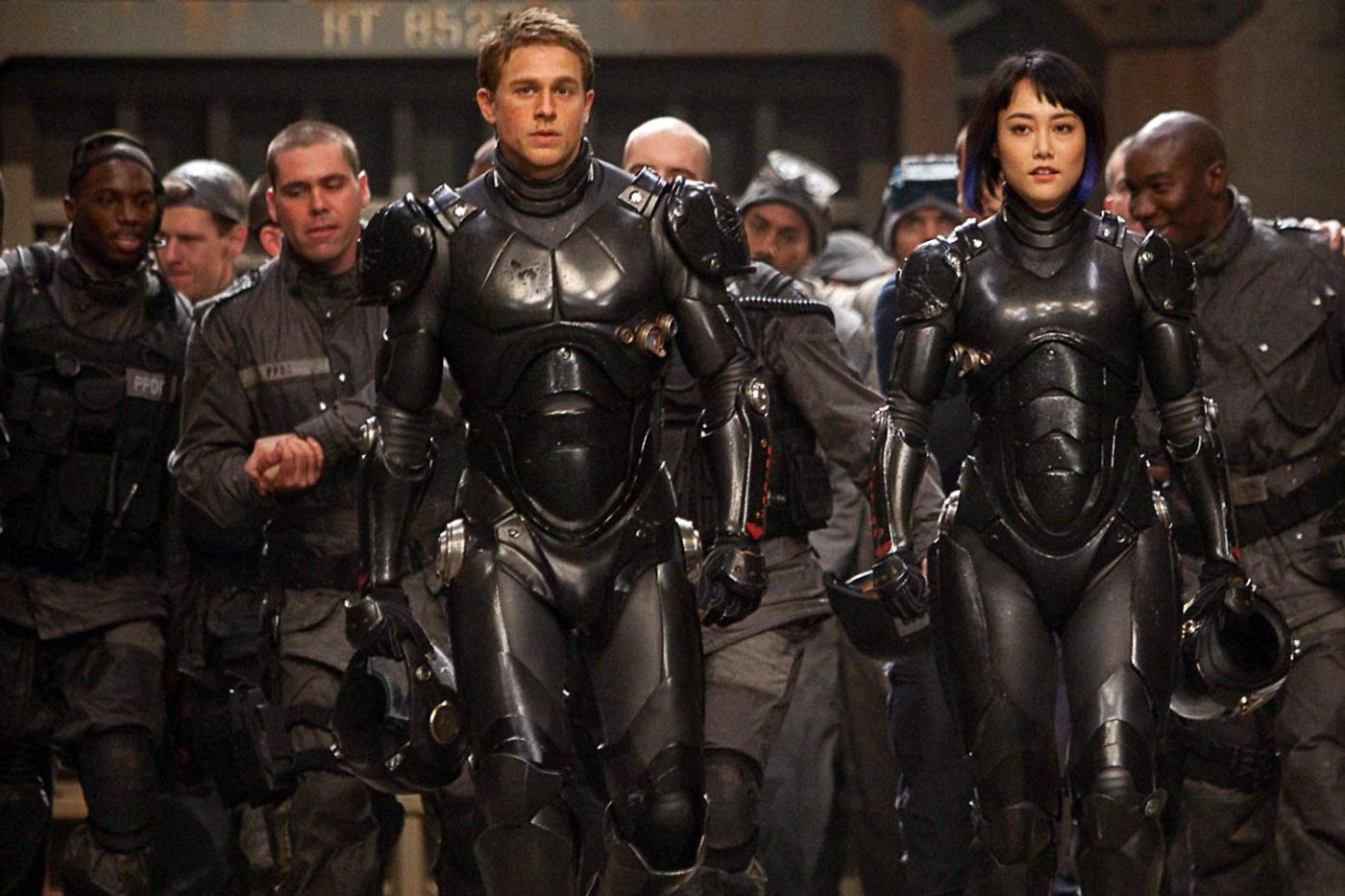 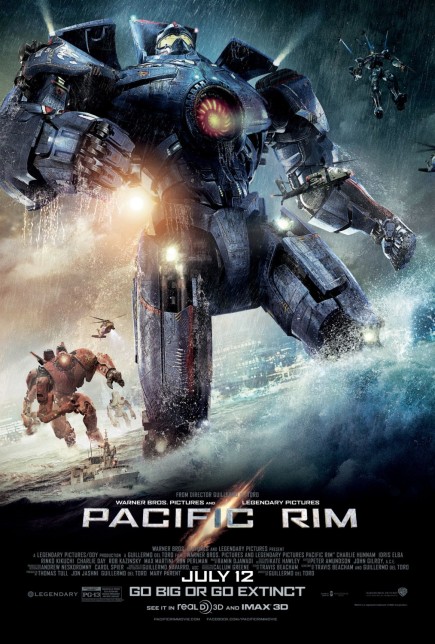 Guermillo Del Toro is a man of unique vision.  He always has his own take on traditional monsters.  In Cronos, he tackled vampires in a heartbreaking tale of a grandfather who finds a mysterious device.  Both Crimson Peak and the Devils Backbone are period pieces focusing ghost stories where humans are the truly frightening characters.  And so we find that del Toro’s love letter to Japanese giant Monster movies and Anime mech cartoons and brought together with his own vision.

In a near future, the earth finds itself under attack by giant monsters nicknamed Kaiju.  At first, the giant creatures are able to be taken down with conventional weapons…but as newer Kaiju emerge, a new approach is needed.  The nations of the world build giant robots,  called Jaegers, controlled by two pilots who are psychically linked.  Raleigh and Yancy Becket are celebrity pilots, but when a fight with a Kaiju ends in tragedy,  Raleigh walks away.

He is called back into action by Stacker Pentacost and paired with young pilot Mako Mori.  Raleigh, Mako and several other pilots are about to take on a special mission.  They need to close the interdimensional portal in the Pacific Ocean.

As expected, Del Toro created a visual feast.  The Kaiju are immense and impressive.  The Jaegers have weapons and are exciting to watch.  The characters are not especially unique but are used effectively.  Charlie Day and Burn Gorman are entertaining as eccentric scientists specializing in Kaiju sciences.  And the always enjoyable Ron Perlman is a stylish black market dealer who traffics in Kaiju parts.  And Idris Elba is always reliable for a gruff but heroic role.

Fun and bombastic, Del Toro has given us a fun film.  It is not a deep film, but it is a ride.