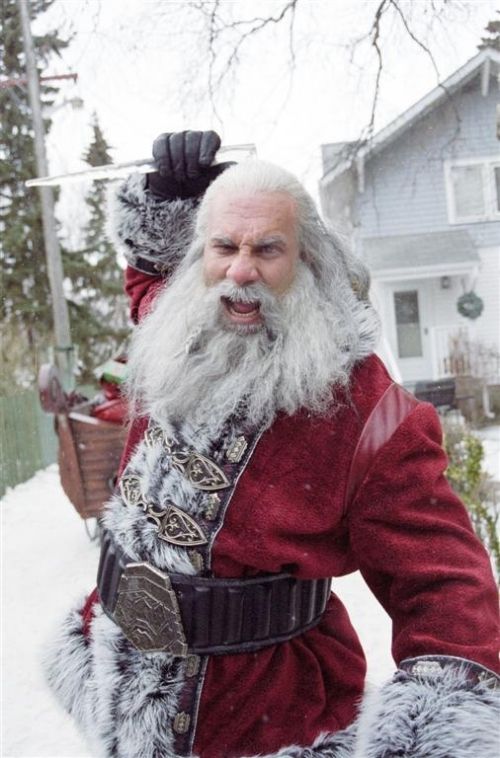 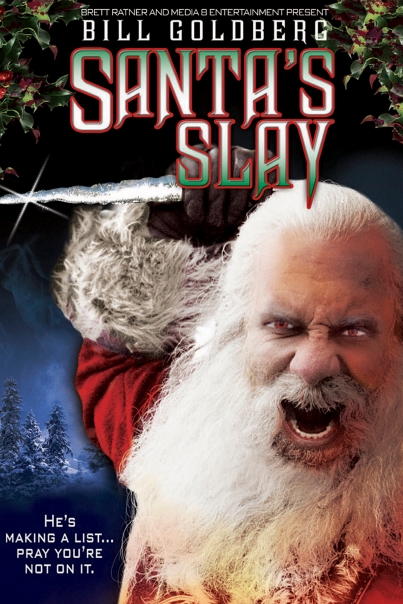 Probably one of the most unique takes on Santa Claus in this series…Santa’s Slay suggests that Santa was not a jolly saint…but rather a demon who lost a bet to an angel…but now that the bet is over, Santa goes on a rampage of death and destruction, starting by killing Fran Drescher and Chris Kattan. Directed by a guy who was an assistant to Brett Ratner-Oh-this is making more sense now.

So, as I mentioned, Santa is a demon, or more specifically the son of Satan.  Get it?  So, an angel makes a bet with him and Santa loses.  For a 1,000 years he had to bring gifts to the good boys and girls around the world.  Now, the thousand years are up.  So Santa is anxious to make up for lost time.  Santa is portrayed by the wrestler Goldberg…this means Santa is mainly bulging muscles.  He is battled by Claire from Lost, who is trying to end his bloody path of destruction.

I really wish this movie was as much goofy fun as the basic plot suggests.  But instead of gleefully dumb?  It just is dumb.  The effects are early aughts digital.  Some work, but most do not.  Likewise, some jokes are amusing, most are not.  This wants to be a wacky horror comedy cult film…but it just does not reach those heights.