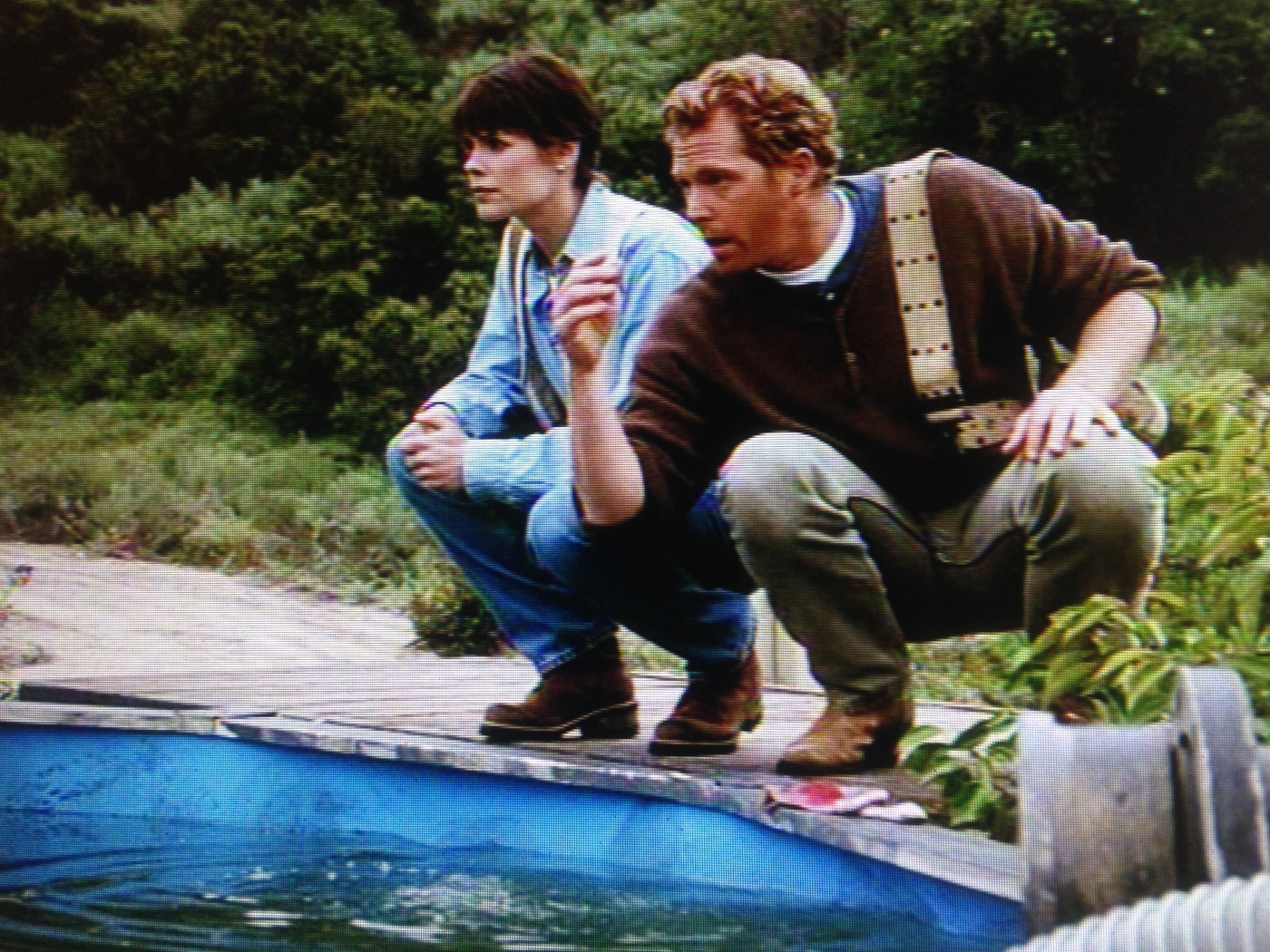 Probably the most interesting fact of the Piranha remake is that a twelve year old Mila Kunis plays the daughter of the Greatest American Hero.

In 1995, Roger Corman and Showtime started remaking Corman “Classics” like Not of This Earth and Humanoids From the Deep.

Piranha was part of this series and the worst thing about it?  It is not bad or good.  It is just there.  It exists.  It is a pretty straight remake, just with a different cast.

There is not much to say, the effects are updated (yet there are many effects shots from the original film used in place of shooting new footage).  But the film brings nothing new to the story and ends up being so close to the original, it feels pointless.

The Showtime films somehow managed to tame the source material, which ends up making them…well…toothless.  It lacks Dante’s flair and has no chance of unseating the original.  This explains why the film is largely forgotten.

Just one random observation of both the original and the remake.  Somehow, when people start getting attacked while on docks or in boats, they are unable to remove legs or arms from the water…people are even pulled from boats by the piranha.  Because they are super strong…I guess?