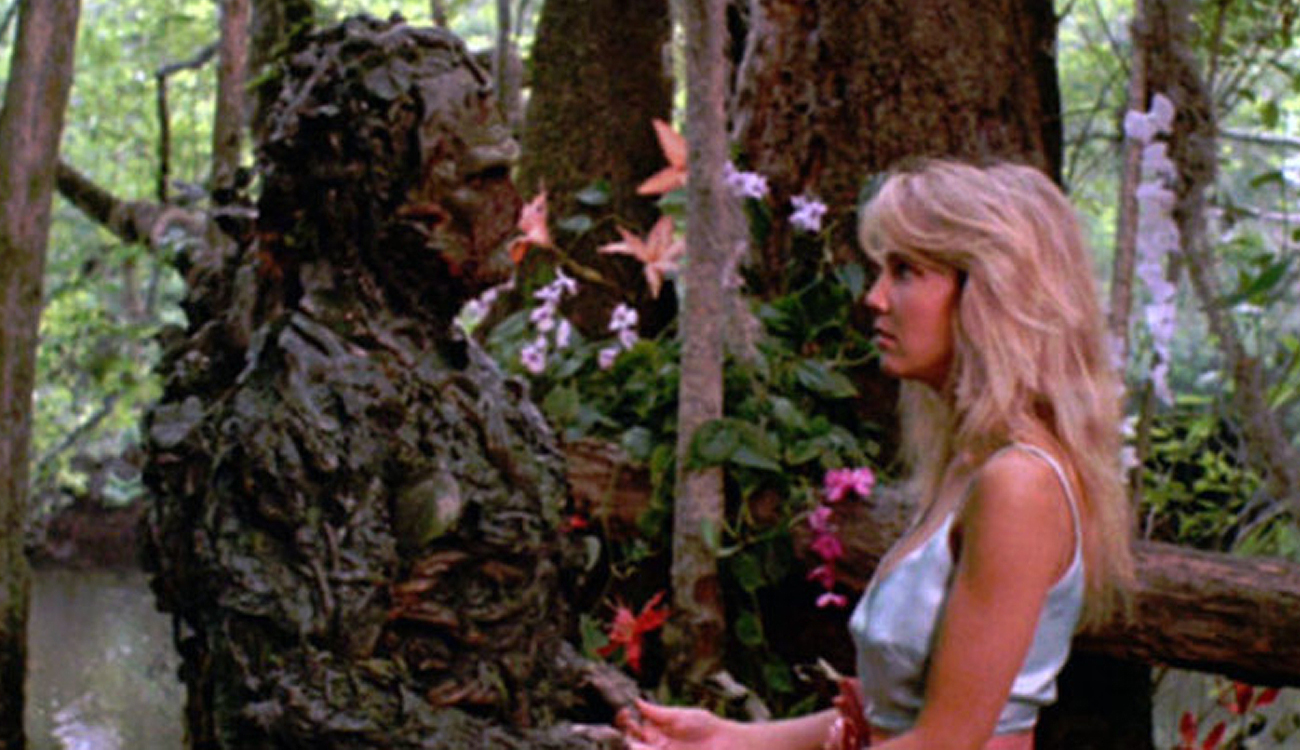 One of the writers of the Return of Swamp Thing went on to write the screenplay  for the beloved Disney comedy Hokus Pocus.  On the other hand, it is directed by Jim Wynorski,  He has a spotty record and his later career includes films with “breast” or “busty” in the title.  And it is not a good sign when your hero monster appears and is asked who he is…he responds, “They call me…Swamp Thing”.

The film switches to Arcane’s mansion.  Arcane is inexplicably alive and human again (okay, in fairness, half way through, they explain it).  Arcane is played by the returning Louis Jourdan.  He is trying to master Holland’s formula with the help of scientist Dr. Lana Zurell (played by Superman II’s Sarah Douglas).  They are ending up with a series of mutations.  Borrowing from the comics, these are the un-men.  One is running loose in the swamp, called the Leechman.

Abby Arcane (played by Heather Locklear) arrives trying to make peace with her stepfather, unaware of his diabolical experiments.  She roams the swamps and gets into trouble with some moonshiners and is saved by the Swamp Thing.  Romance blossoms.

This time around, the Swamp Thing gets to really  use the powers afforded him in the comics.  He can regrow in new locations…and now he can drive a jeep.  The Swamp Thing drives a jeep.  The effects are a bit better this time around.  Swamp Thing and the monsters look pretty good.  The film lacks any sense of urgency, and the music that plays whenever Swamp Thing is being heroic is just amazingly out of place.  There are scenes lifted from other films (there is a scene where two characters compare scars, just like in Jaws).  Really, the film’s entire tone is off and the film is more camp than horror.   Okay…a monster taking a hit from his asthma inhaler is kind of funny.

I will say, the opening credits (which play over a montage of Swamp Thing comic book cover art) look cool.