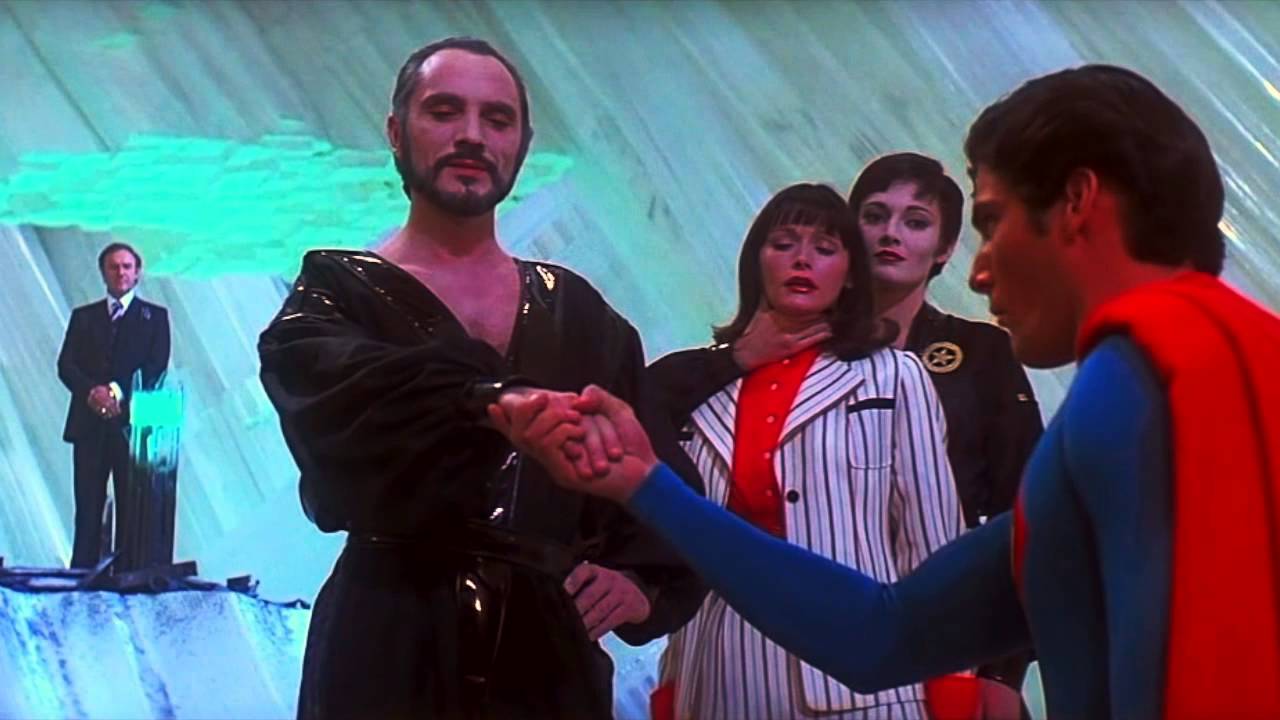 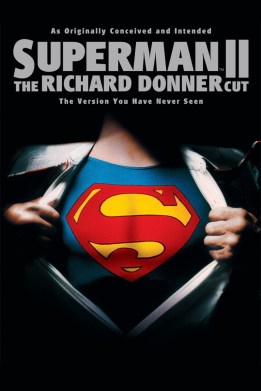 Assemble almost 30 years later, the Donner cut restores the original footage Donner shot and also uses some of the Lester material to fill in the blanks.  It was not assembled by Donner, but it had his blessing.

And in many, many ways, it improves the movie.  Gone are the weird additional powers.  Gone is the opening Eiffel Tower sequence.  Instead we have Lois trying to prove Clark Kent is Superman by jumping out a window of the Daily Planet.  Which is pretty absurd.  In a way, it is reminiscent of the Bible story where Satan tries to Tempt Jesus by suggesting if he jumps off the temple, Angels will save him.  And this is not Lois being a smart reporter, this is her doing something dumb.

The stuff that works, works very well and make this a pretty fun watch.  But some of the additions are problematic.  While the Super-Kiss to rob Lois of her memory is gone, Superman’s resolution is to fly the world backwards.  As I noted in the Review of Superman the Movie, this bit was meant to be the ending of Superman II.  As they had no ending shot by Donner, they re-use the sequence, and he reverses time to the point that the Kryptonian criminals are again trapped in the Phantom Zone once more.  But this creates all sorts of problems.  Superman is supposedly making it so the entire second film never happens.  The criminals never get loose, Clark never reveals his identity to Lois, they never visit the cafe.  Yet Clark goes back to the Cafe and beats up the trucker.  Who must have no idea why a guy he has never seen before walked in and started insulting him.  This is not Superman.

And reversing time does not mean the cycle won’t begin again, unless Superman avoids the situation that freed Zod, Ursa and Non in the first place.  End why should we have cared about any of it if Superman completely undoes everything?  So, even the Donner cut has problems.  Superman still causes a lot of destruction in his fight with his Kryptonian foes.  They still lose their powers and get kills by Superman and Lois.  I am told the novelization claims they survived…apparently they landed on pillows or something…but the novelization is not the movie.  It is pretty obvious they are dead.

So, why more entertaining and slightly less frustrating than Lester’s cut,  the Donner Cut is plenty flawed on it’s own.