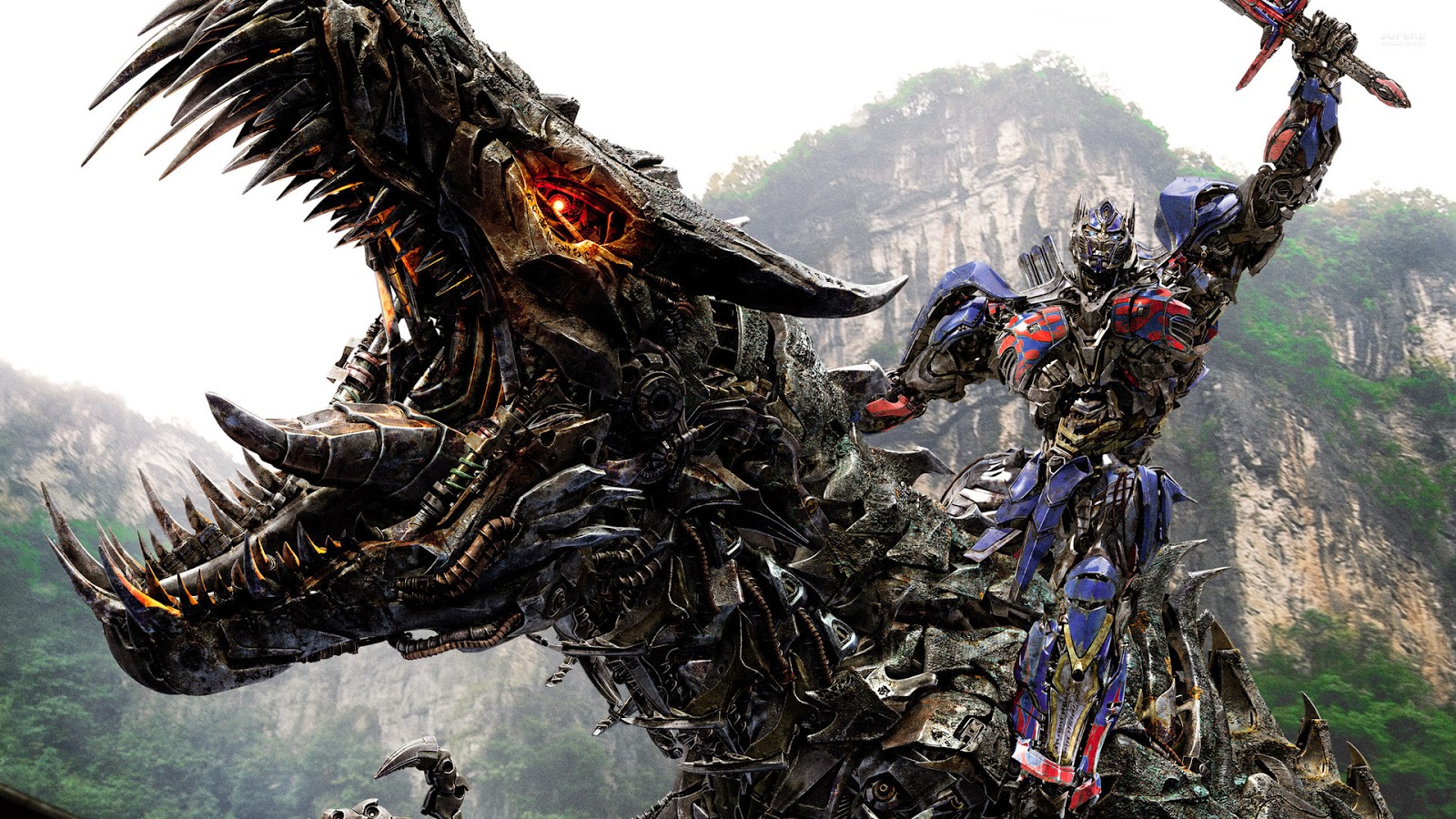 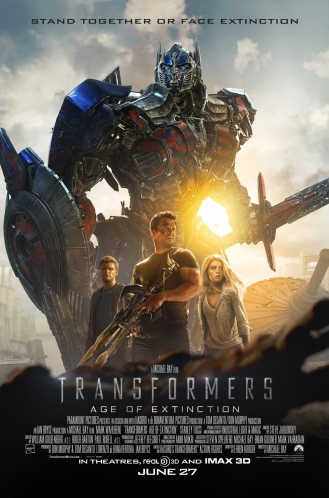 The title of the review comes from an actual line in the film.  Of course, nothing seems to challenge Michael Bay’s toy based Franchise…as of this writing there are three more films (one being a Bumblebee spinoff film) in the pipeline.  There is no stopping it…not even this film.  It picks up ten years after the destruction in Chicago.  They have repaired and now the government is trying to wipe the Autobots and Decepticons out entirely.  To that end they have a space robot helping them who has an agenda of his own.

Nobody knows where Optimus Prime is…and it turns out he suffered massive damage and is now asleep in an abandoned movie theater.  He is found by failing inventor Cade.  Cade and his hot daughter are on the verge of losing their house.  His friend Lucas, hot daughter Tessa and her street racer boyfriend escape their house after government agents show up to claim Optimus Prime (who Cade revived).  Much of the film seems to be going in the direct of Cade finally being less distrustful of his daughter and accepting her boyfriend Shane.  Shane shows himself to be highly competent throughout much of the film.  So it makes sense that maybe they become friends.

They discover that businessman/genius has been building his own robots, his pride and joy being Galvatron.  You can probably see where this goes way wrong.  Eventually he teams with Cade to save the planet from a bomb left by the Robot Bounty Hunter who reveals that the folks who created the Autobots and Decepticons want to take them back and get rid of them.  Basically, it is the plot from Prometheus.

Remember my thoughts on Cade and his relationship to his daughter and her boyfriend?  Boy was I wrong.  For some reason they opted to make Shane totally incompetent and a complete fool that Cade has to suffer through.  And when Cade saves the days?  His daughter grabs her boyfriend and gives him all the credit for saving them.  It is a sudden and unnecessary character change to make Cade look good, but it just does not work in any way.  It is not even funny.

This is a better film than Revenge of the Fallen, but then, that is not saying much.  But it does have Optimus Prime Riding a Robotic T-Rex.

← Moonshine (Transformers: Dark of the Moon,2011)
The Problem of Harley Quinn →