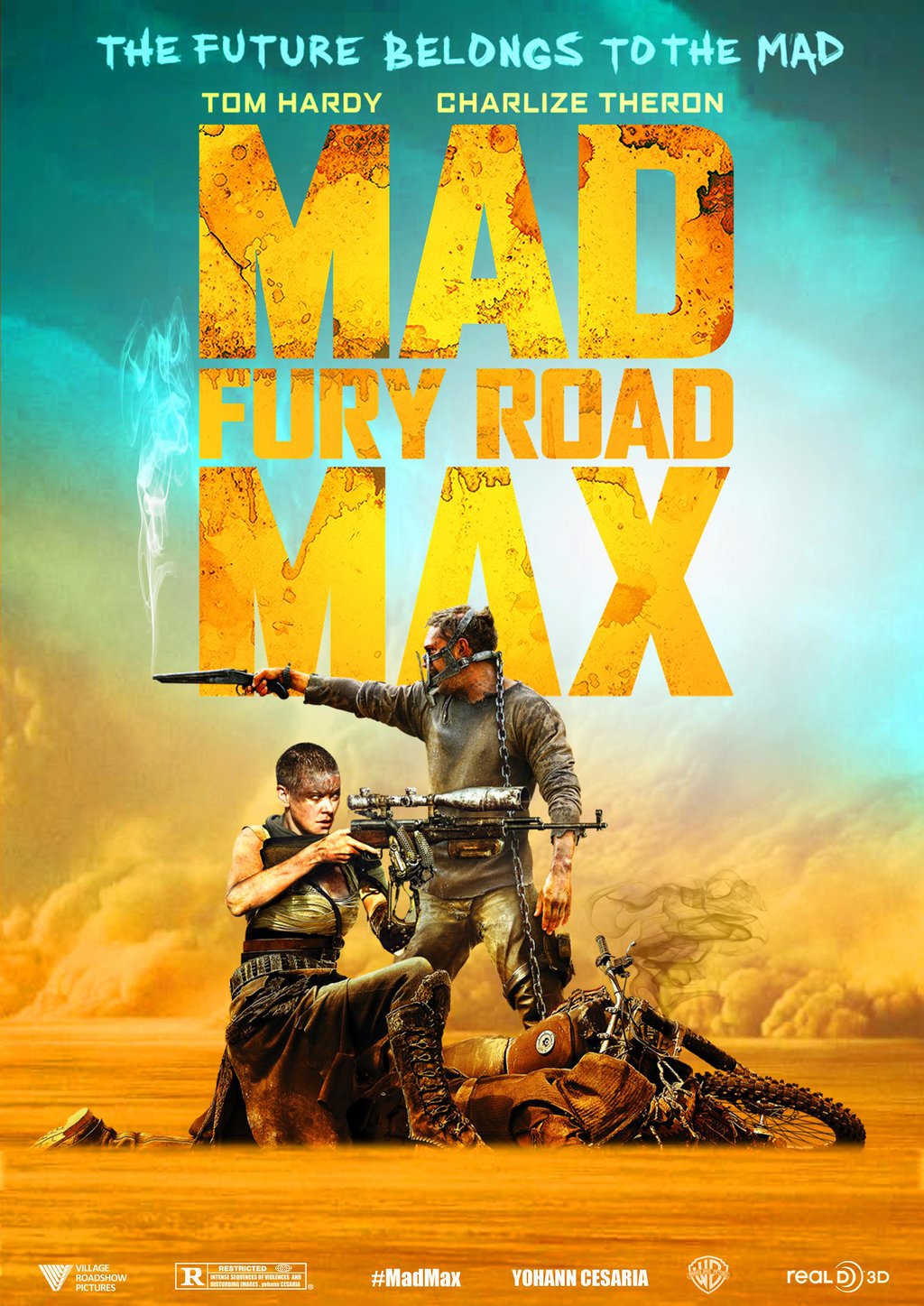 The Mad Max franchise went quiet after 1985’s Mad Max Beyond Thunderdome.  That film fell a bit short of the Road Warrior, the film that we tend to mostly recall when we think of the Mad Max franchise.  Talk began as far back 2003, back then it was set to star original Max Mel Gibson.

The film struggled through development, eventually announcing Tom Hardy taking over the role.  I was not all that interested, to be honest.  It seems like it was a sequel nobody was interested in getting and that we were all happy to to see it be a remnant of 80’s franchises.

Turns out we were all wrong.  This film is the shot in the arm action franchises needed.  Fury Road is an adrenaline rush.  Director George Miller intended the film to be a massive chase film.  And he achieves that successfully.  The film pushes down the pedal almost right away, and rarely takes a break.

The plot is simple, Max is being a loner and gets dragged into a battle against Immortan Joe (Hugh Keays-Byrne who was Toe Cutter in the original Mad Max) who is pursuing Imperator Furiosa (Charlize Theron in a terrific performance).  She has stolen precious cargo from him, and he wants it back.  The cargo is his harem.  These young women do not want to bear children to be fodder for his Warboy Army.

So much stands out, the editing (the film was edited by Miller’s wife Margaret Sixel, who has never edited an action movie before…this was a wise call, as she did a bang up job), the fact that there is almost no digital work with stunts, the grim humor…this is an adrenaline rush of a film.

As with the previous incarnation’s Max inhabits a dark world.  Immortan Joe rules from the citidel, where he keeps all the best for himself, throwing scraps to the people below.  He rules cruelly, while his Warboys live for nothing other than to die for his glory.  He has used a weird viking style religion promising glory to those he smiles upon.

Furiosa wants to rescue the young women Joe keeps to bear him children from this oppressive life.  Furiosa is tough and powerful.  She is a striking character who stands up to the gruff Max, and in turn winning his respect and help.

While the heroes often rely on violence to achieve their ends of getting away from the forces of Immortan Joe, what stands out to me if there is also room for the power of mercy and gentleness to bring about change on an individual level.

Mad Max Fury Road is the best action film I saw all year.  It spends little time on exposition (who are the ghosts that haunt Max?  How long after Thunderdome is this taking place, etc).  The visuals are insanely engaging…I mean…look at this:

You either think that is the dumbest thing ever, or you love it.  The world is just…, well, bonkers.  Characters have names like Nux, Toast the Knowing and the Splendid Angharad.  I find myself excited for the blu-ray so I can watch it again.  I am curious to see the next film that they give us in Max’s story (Hardy is on for three more films).