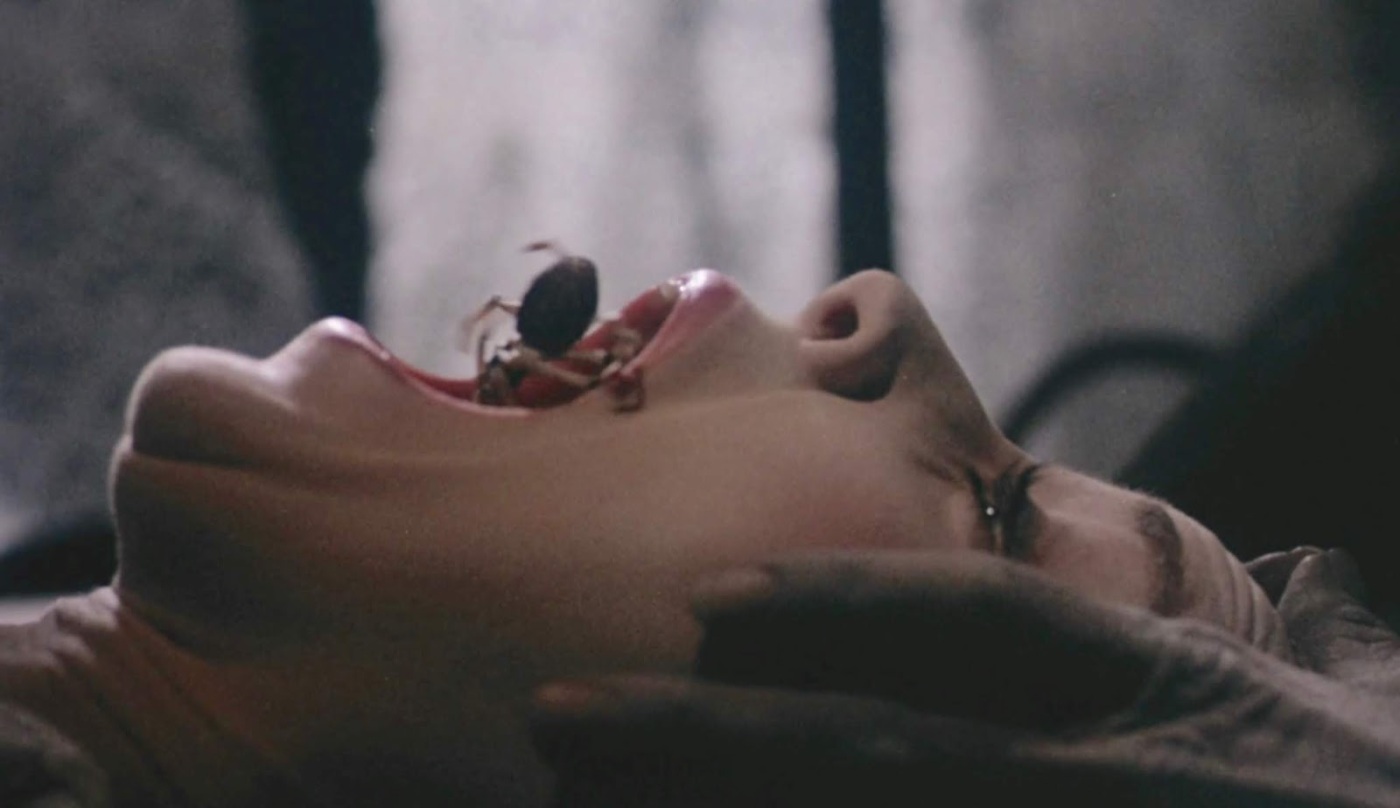 Taking on religious zealotry, Deadly Blessing focusing on a couple who live in a farming community of Hittites. Jim was a Hittite, but left the faith when he married Martha. When Martha becomes pregnant, they seek the help of a local midwife who is also not a part of the Hittite community. When Jim is murdered one night, two of Martha’s friends come from the city to help and comfort her.

The women find themselves at odds with the local Hittite leader Isaiah who is certain they are a threat to his community, seductresses who tempt the men. When his son is murdered, things begin to escalate.

There are some pretty good frights in the film, especially some nightmares involving spider. Ernest Borgnine chews some scenery. The nightmare imagery hints at what was yet to come. But the storytelling just barely rises above the level of a TV movie (one of the writers was also a writer on Craven’s Summer of Fear). I never found myself feeling invested in the characters.

This is not a Wes Craven classic, and that is too bad. Seeing Craven explore religious and secular conflict feels like it would be fertile ground for him. But in the end, Deadly Blessing is fairly mediocre.