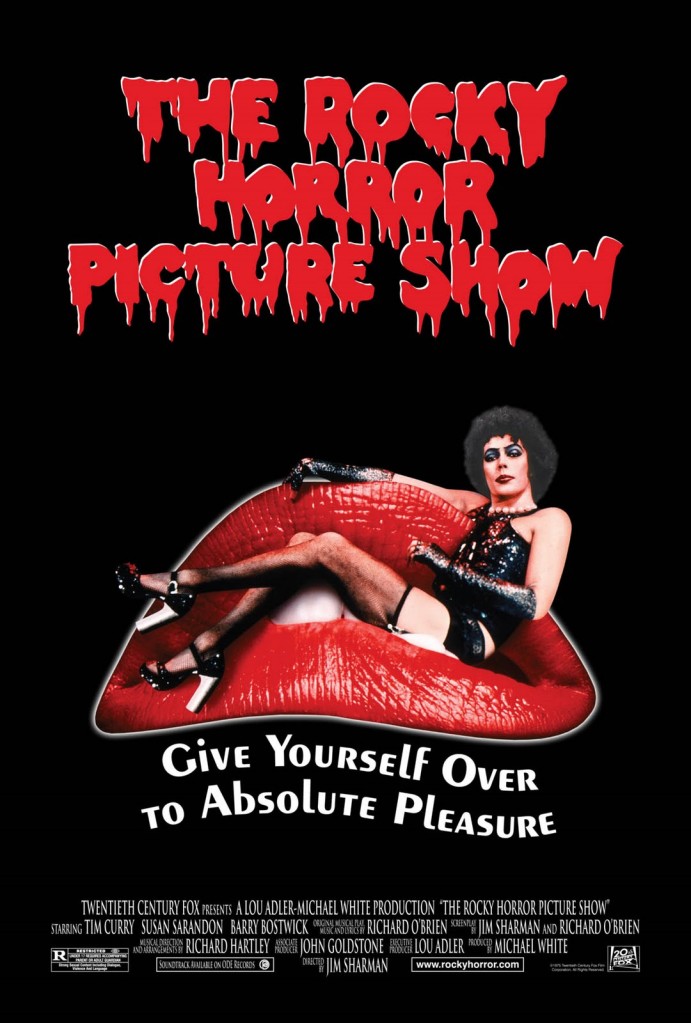 I had never seen the Rocky Horror Picture Show until 2020. Like, I have heard many of the songs. I have seen pictures and heard about the midnight screenings. I am fully aware of Tim Curry’s fame largely being inspired by this role. I know of the film and it’s legend. But I have never, simply sat down and watched it.

I did not hate it…it has it’s charms. But I don’t know that I loved it.  Maybe this is because the film made its cult status through being an interactive audience experience…and sitting in my living room alone is not the same.

The story feels largely like an inconsequential mess. But there is no denying that when Tim Curry comes on screen, he is just an absolute delight.  Curry is reckless in his enthusiastic performance and I really enjoy every moment he is on screen. This is not to downplay the other performances, as the central characters are all memorable and fun. But Curry has a habit of outshining people in films for me.

I am glad I finally took the time to watch the film for the music and the performances, feeling like I have filled in one of the most beloved midnight films of all time.