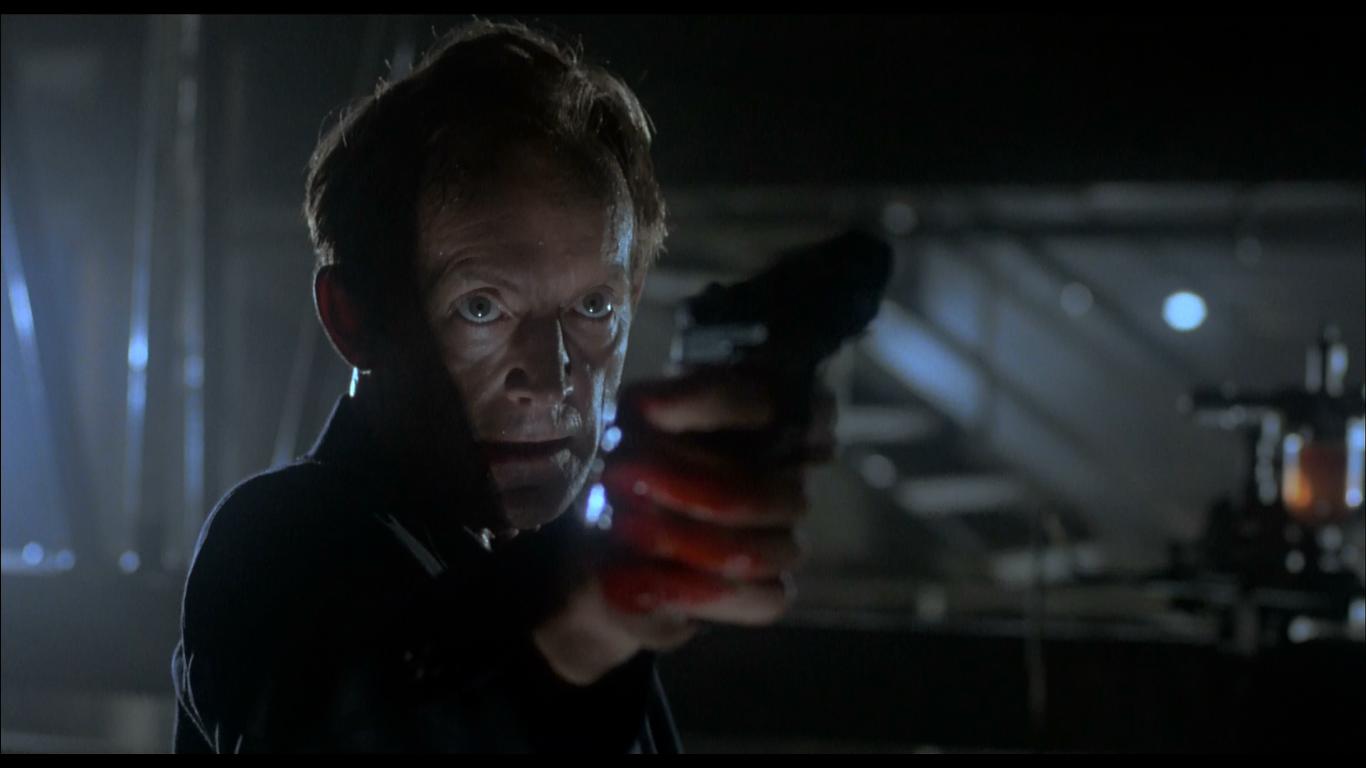 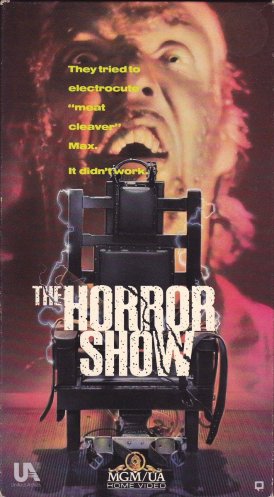 After the failure of House II and the collapse of New World pictures, the franchise took a bit of time off.  When Sean S. Cunningham found new studio for funding, the new team wanted to give the franchise a fresh start. So in America, they called the film the Horror Show, while in Europe it would be called House III. Cunningham decided this was better than nothing.

But the end result is that there is nothing that really ties the film to the franchise. There is no house the film is centered around.  Instead, the film focuses on traumatized detective Lucas McCarthy.  A family man, he is overwhelmed by nightmares about Max Jenke, a notorious serial killer he put away. Okay, most of the kills happen in the house and Max’s spirit is primarily focused on the McCarthy family, but the house never feels like a center piece or character as the two prior films.

But when Jenke is put to death by electrocution, he is actually set free as a vengeful spirit and sets out to torment McCarthy.

McCarthy must try and stop Jenke, while convincing himself, the police and his family that he is not going crazy and homicidal. This film also lacks the sense of fun of the previous two entries, it’s tone dreadfully dark. I mean, Brion James turns in a wicked performance, but he is a much darker take on the Horace Pinker character, making this film a more dreary ride.  Even with Lance Henrickson at the lead, it never rises above the standard fare of super natural horror. Writer Allyn Warner even took the infamous Allan Smithee credit. This one just lacks the identity of the first two films.