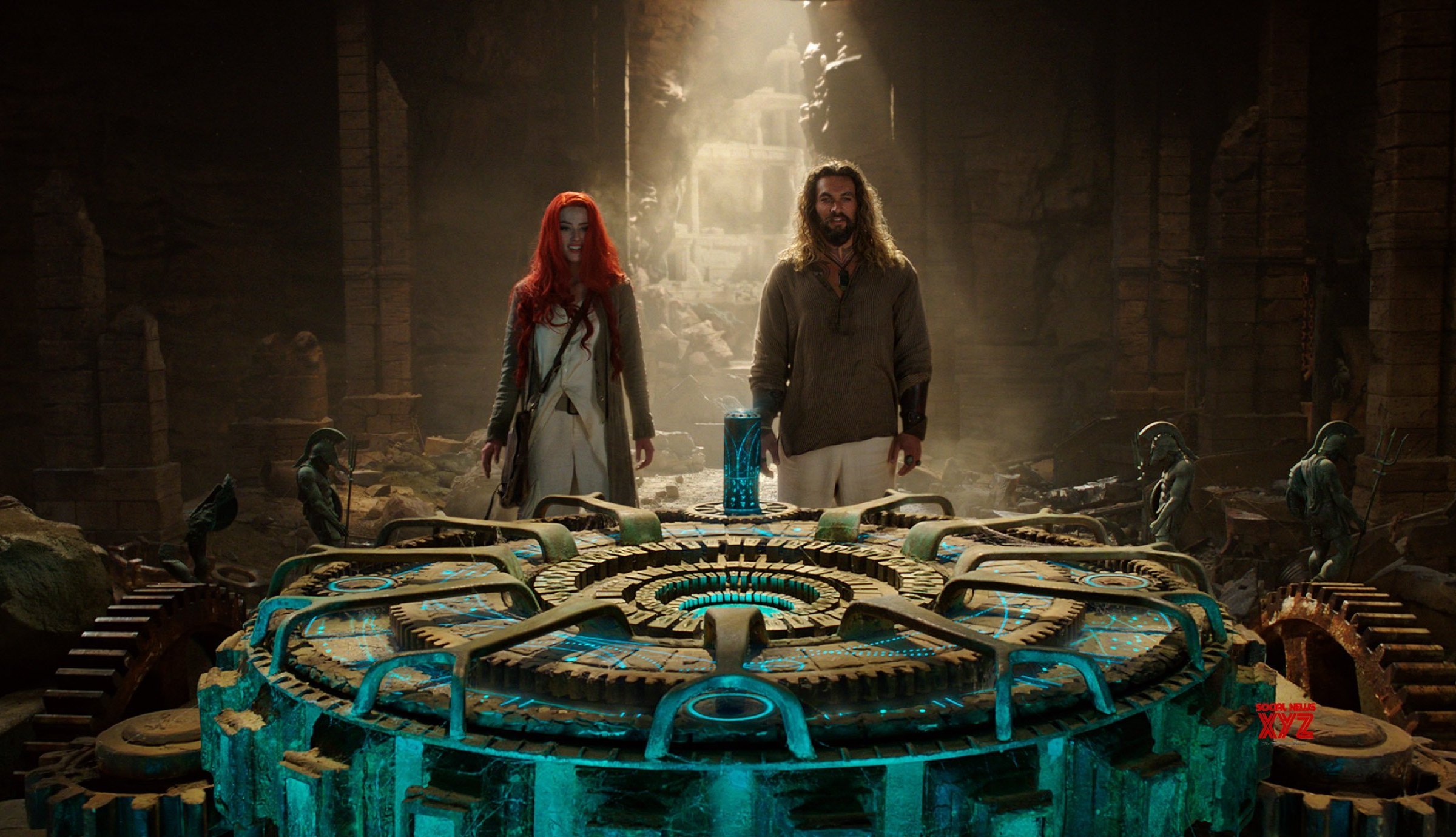 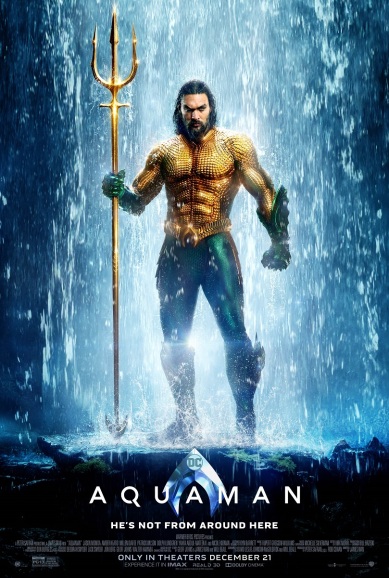 Sure, you know Aquaman can swim fast, talk to fish and punch hard. But what do you really know?

This holiday season, we have the full story of the savior of the seas.  Born of a lighthouse keeper from the surface world and the Princess of Atlantis, Arthur Curry has long dealt with the heartbreak of the death of his mother, believing it really to be his fault.

BUT THAT’S NOT ALL!!! when his half brother Orm sets his sites on uniting the kingdoms of Atlantis and destroying the surface world, the princess Mera seeks the aid of Arthur, who has avoided his Atlantean heritage.

BUT THAT’S NOT ALL!!! See, there is a magical trident that Aquaman will need to defeat his half brother, so he and Mera go on a big time treasure hunt.

BUT THAT’S NOT ALL!!! There is a guy called Black Manta who wants revenge on Arthur!

BUT THA- Oh, you get the idea.  They have packed a ton of stuff into this film, making it a bit of a mess. It is such a busy film full of story ideas it can make you wonder if any of those stories could have better room to breath in their own film.  However, one gets the sense that they had multiple assignments with this film. They had to fill in the back story not just of Arthur, but of Mera, Orm, Atlantis and a magical trident.

And yet, the film is a lot of fun.  The whole little side story in which Arthur and Mera are trying to find the trident National Treasure style is fun excitement.  And the film sets up a simple but good message for Aquaman to learn.  The effects are really good, which is important, because the entire sense of design depends on it.

The real highlight of the film is Atlantis. It is a lush and colorful undersea kingdom.  The use of undersea life in the designs of their vehicles and architecture is wondrous. This is DC film embraces the whimsy of it’s conceit to give a unique corner of the DCEU. There is also a real attention to small detail in all the underwater sequences that make is easy to forget people don’t breath or talk underwater. We get Aquaman in his traditional outfit and you know what? It looks great.

But it is not just the design and effects that the film has going for it. Now, Mamoa has limited acting range…but the filmmakers have filled the movie with a cast that keeps this from being an issue. He can do his brash and confident guy thing, because he is supported by top notch talent like Temuera Morrison, Nicole Kidman and Patrick Wilson. Wilson really carries a lot in the relationship between Orm and Arthur. He somehow manages to give a heart to a megalomaniacal maniac king. His hatred of Arthur is in a misguided blame for the loss of their mother, and Wilson sells this well.

And then there is James Wan. Wan is without a doubt one of the strongest directors in action films today. Even his giant action scenes are easy to follow. He balances sequences with multiple simultaneous leads exceptionally well (such as when Arthur and Mera become separated and have their own individual fights).

Aquaman manages to overcome a lot of odds, being far more entertaining than the elements ought to allow. So, in spite of a busy storyline, Aquaman is a rollicking fun adventure.