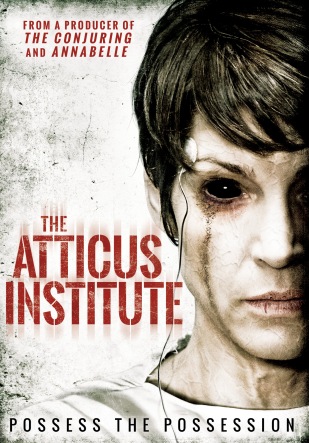 This mock documentary is built around a group of scientists who explore psychic phenomena.

One day a young woman is brought to them. At first they are excited at her apparent powers. But soon it becomes frightening. They call in the government, only to find that the military thinks they can force the woman and her demon to be a compliant weapon.

As noted, this is in a documentary format. With interviews set in the present we hear from family members of the lead scientist as well as the other members of the institute.

There is also archival footage and photographs depicting the events.

The Atticus Institute is kind of interesting. They are committed to the format, and the look of the archival footage and photos look worn.The actors give good performances (which is not terribly surprising as the film is peppered with established character actors).

It would be nice if the film did not end on such a vague note…or there was some sense of closure…but it just kind of ends. But still, I found the film a fairly enjoyable watch.