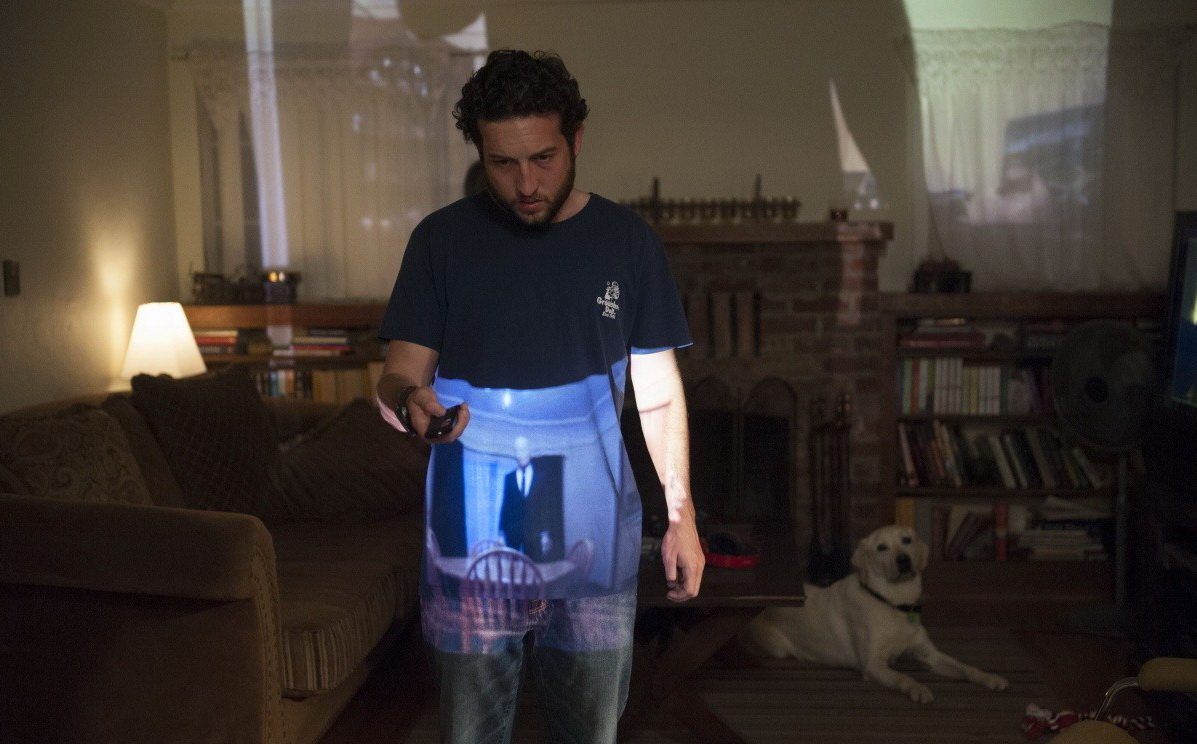 A TV crew is doing a new story on a business that clears out homes that were foreclosed upon by the bank. In one house, they are shocked to find the home looks as if the family just vanished. As they start to investigate, they find a box of tapes and find that this is not a story of a mean bank foreclosing on a family or a family that picked up and ran off. They discover that the tapes show that the family was being haunted or stocked by a mysterious person.

At first, they see him in the distance of a video of a child’s birthday party. But the more videos they watch, the more the mysterious (and faceless) figure appears. Always a little closer until he is in the house.

Camera Man Milo starts to study the tapes and this results in him starting to see the figure himself. He is able to convince co-workers Sara and Charlie he is not crazy and they try and solve the mystery. But the mystery begins to take a toll on the three and their relationships begin to break down.

The Operator is obviously mean to be Slender Man, minus the tentacles. Actor Doug Jones (Hellboy, the Shape of Water and Pan’s Labyrinth) mainly has to stand around in the background a lot, but his lankiness and height really sell the idea of the Operator as slightly outside of reality. And the film really makes sure to keep you watching, sure that at any moment he might appear on the screen, in the corner, behind someone or in the woods.  It is pretty effectively done.

It runs a bit off the rails at the very end, where it introduces an element we had not really seen earlier in the film, but it is not so much so that it wrecks the creepier vibe from the rest of the film.

Overall, I enjoyed the film, with the biggest setback being that it is a “found footage” film. Admittedly, the fact that our leads are a television news crew makes it fairly plausible that they have access to a variety of cameras, but the format also forces a plot contrivance that since you can only see him on video, they decide they must keep cameras running continuously.

Oh yeah…the film has a great horror icon film cameo towards the end. Smart choice on the film makers’ part.